Sometimes somebody says something so ridiculous that you know they’re lying. ‘Florentino Perez values Gareth Bale at £131m’ is one such instance of this.

Fortunately, for everyone’s sanity, the latest reports are that he could be used as a bargaining chip in a summer bid for Chelsea star Eden Hazard or a move Tottenham Hotspur schemer Christian Eriksen. Now that is far more believable.

And yet you imagine fans of either Chelsea or Bale's former club Spurs would still be wary of the Wales star joining their club. Here's why…

Bale’s injury problems are well-documented. And when he’s on the pitch, he hasn’t grown into the player many hoped given this season he was no longer in the shadow of Cristiano Ronaldo.

This term, the quality of his shots and the shots he has set up for teammates are worth 0.51 expected goals per 90 minutes. To be fair to Bale, this is the second-best rate at Madrid, but this is not a sterling Los Blancos side. 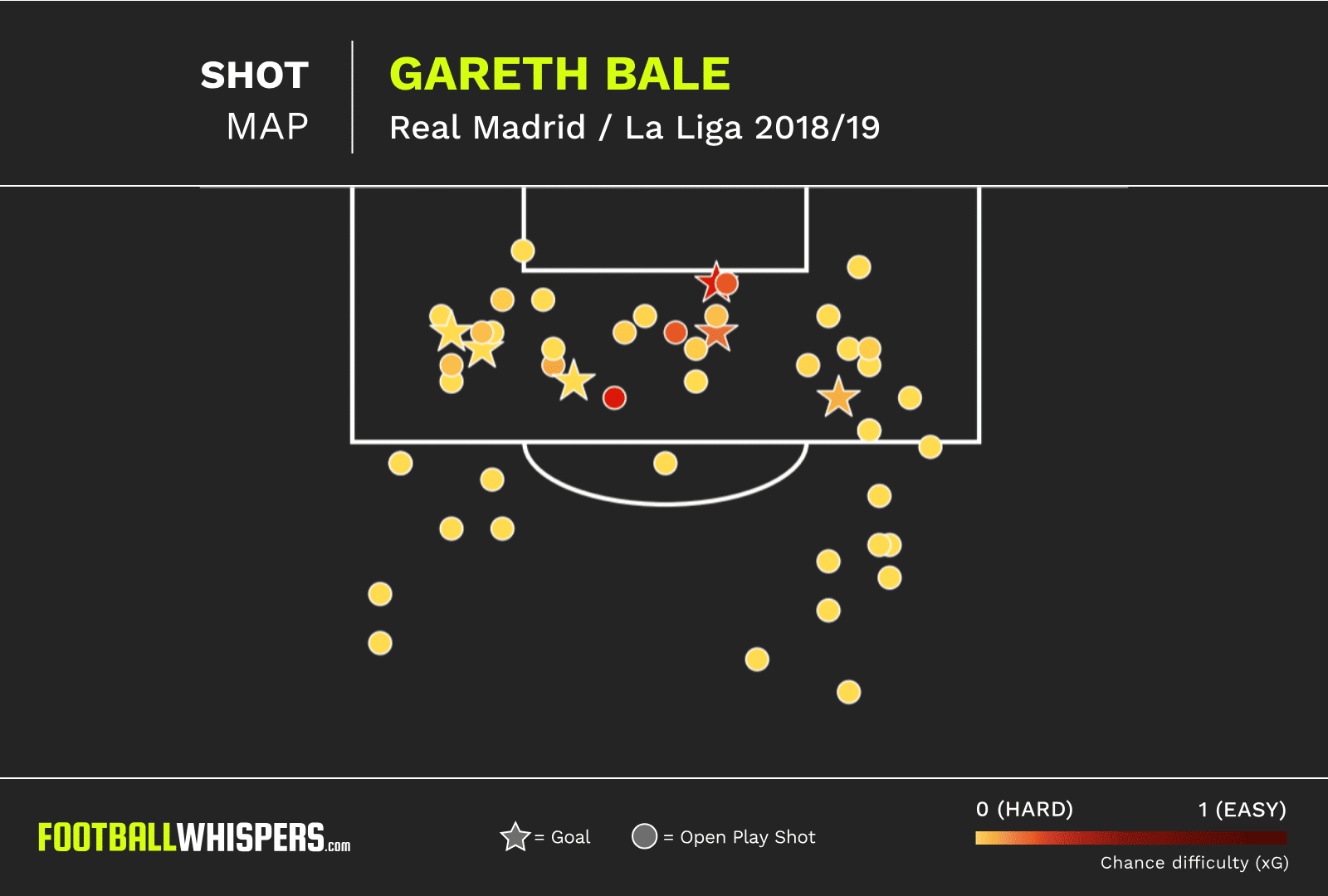 Against the rest of La Liga, he ranks close to players like Athletic Club’s Iñaki Williams and Celta Vigo’s Iago Aspas. If you want a Premier League comparison, look towards Marko Arnautovic or Alexandre Lacazette.

These are decent players, certainly, and ones who could be part of a top team’s attack. Would you pay £131m for them (they’re all around Bale’s age, for ease of comparison)? Quite simply, no.

Would you take one of them in part-exchange for Hazard or Eriksen? Maybe?

How big a ‘part’ in the ‘part-exchange’?

How much money would Real Madrid have to offer for a cash-plus-Bale deal for Hazard or Eriksen?

Bale is 29, with an injury history that makes his next few years even more uncertain. Usually a 29-year-old would be expected to tail off, but still have a couple of decent seasons in them – although what’s happened to Marcelo and Alexis Sánchez this term raises questions about that assumption.

Bale hasn’t played over 1800 league minutes since 2014/15, though, and either his availability or his production (or, more worryingly, both) could drop heavily with no prior warning.

In today’s inflated market, a player who can be relied upon to contribute opportunities worth a goal every two games is worth, what, £40million? The chances of Bale producing that for more than a season or two are probably pretty low, too.

With only a year left on his contract, Hazard’s price-tag is slapped on him by Daniel Levy to ward off suitors. Would Chelsea fans take £70million plus Bale for Hazard? Or even £80million plus Bale? You suspect the answer would be no.

Ultimately Bale and Real Madrid are feeling the second blade of the television money double-edged sword.

It’s most common in England, where television deals first exploded, but there are clubs across Europe who struggle to move on players on big wages who were signed for big fees.

Real bought Bale for nearly £90m; even though he’s been at the Bernabéu for six years, to let him go for much less would feel like bad business. Yet no club will buy the winger for anything close to £131m. He might not even be worth £40m in a part-exchange.

Sometimes somebody says something so ridiculous that you know they’re lying. Maybe Perez is just hoping that if he says it enough times, his £131m valuation might come true.