This preview will be about the Korean K-League meeting between Gangwon and Jeju United at the Chuncheon Songam Stadium.

Gangwon were unable to build on the win over Seongnam after 3-1 to strugglers Gwangju in an away match. Jeju United continued to slide on the table with the team unable to get into action since their loss to Ulsan Hyundai back in May.

The odds presented here are always subject to change. One should check with the bookmaker before placing the bet. These odds are provided by Betfred, our recommended bookmaker for the big game.

Gangwon come into this game with a decent record against Jeju United, who have been able to claim just one victory against this opponent in the last six meetings. After having not been in action for almost 2 months, Jeju United have the potential to be a little rusty. This might help Gangwon make use of home advantage and move up the table.

The last few games have seen Gangwon get back into offensive form with at least a goal in three out of the last four games in all competitions. Jeju United might take a while before they can get into the swing of things, but they might be defensively poor – as they have been back in May.

These two teams have ended up conceding more than 20 goals each in their respective league matches so far. Jeju United have been able to get at least a goal in four out of the last five away games against Gangwon, who have ended up scoring 10 goals in the last six home games against this opponent.

Gangwon are in a great position to overtake Jeju United and look ahead to the top six of the table. After having spent majority of the campaign down in the bottom half, the team are showing signs of life. Just a few more wins could see Gangwon at their highest point in the league campaign so far this season and they are only six points away from Incheon United in the sixth place.

A complete lack of action for the last two months has seen Jeju United slide down the table to their lowest point of eighth place. After having challenged for a top-two place not too long ago, this would feel like a new segment for Ki-il Nam, who has to get his team up and running immediately to avoid any further slips.

Analysing the Stats and Numbers for Gangwon vs Jeju United 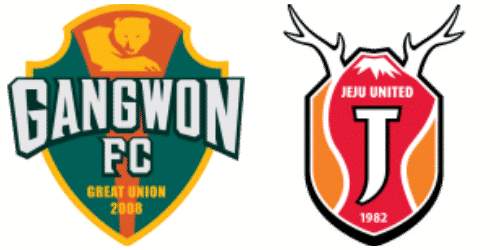 Where is the match going to take place? Chuncheon Songam Stadium

Who is the favourite team to win the game? Jeju United