On February 20 1992, the face of English football changed forever as the old First Division clubs agreed to break away from the Football League in favour of founding a new entity.

Backed by a record-breaking £304 million broadcast deal from BskyB, those 22 founder clubs were instantly propelled into a new realm of riches, which led to record transfers, record player contracts, and a growing need to remain on the conveyor belt of cash. The Premier League juggernaut was born.

Some would argue that the heart and soul of English football was lost even before Brian Deane created history by scoring the opening goal of the 1992/93 season. The financial rewards of securing Premier League status generated an immediate shift in the mindset where, for most clubs, simply surviving constituted success. For many, money had already tarnished the beautiful game – if the diagnosis wasn’t truly accurate back then, it probably is now.

Now in its 25th season, the Premier League product is more thrilling than ever and is largely accepted as the greatest in world football. Regrettably, though, English football – at least at its summit – is now further detached from the fans than ever before. Supporters are now seen simply as customers. Quite simply, money is king, and everyone connected to the business side of the league is focused solely on finding ways to expand the brand. After nearly a decade of talks, the introduction of a 39th game seems inevitable.

Suggestions of playing an additional round of fixtures, held on foreign soil, first surfaced back in February 2008. Since day one, it has proved one of the hottest debates in English football. Any thoughts of making the proposal a reality were subsequently put on hold in 2010, but officials have now been re-considering the idea for a full two years. 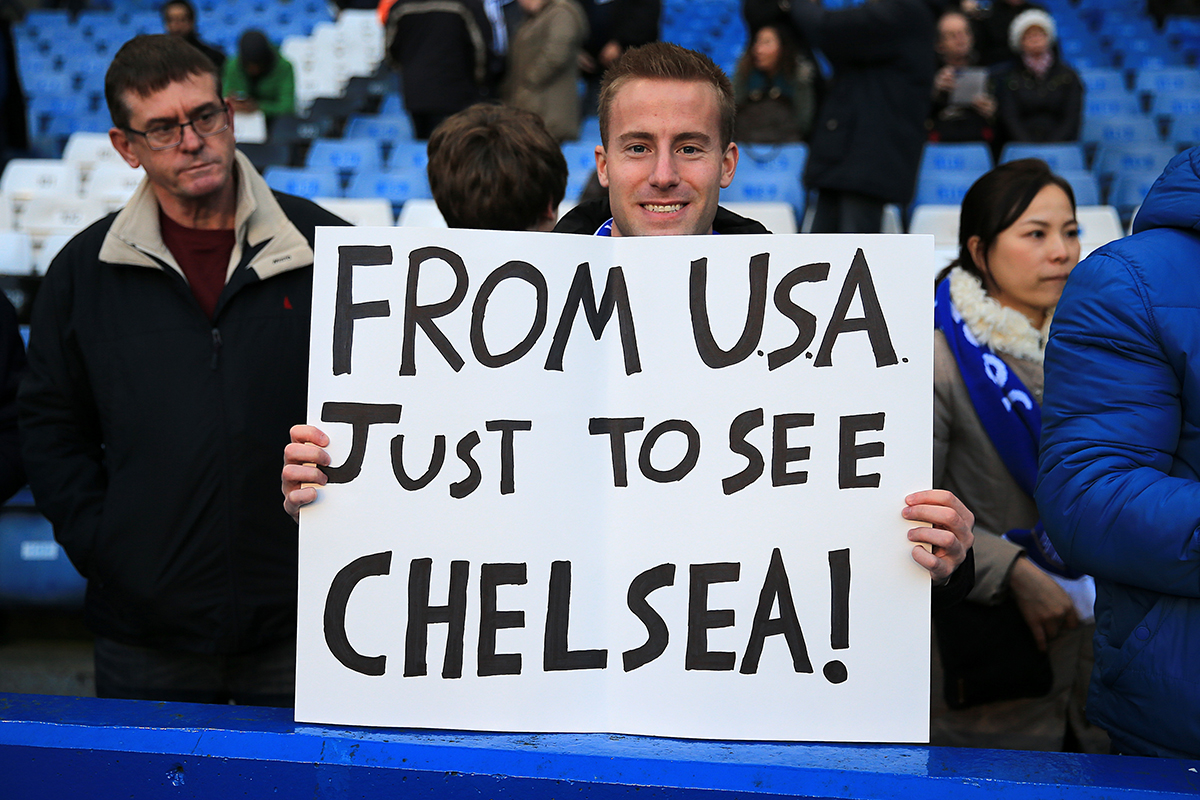 Speaking to the Daily Mail earlier this week, former FA vice-chairman David Dein stated that clubs are actively looking to promote themselves abroad, making a 39th game more viable than ever. Sport in general has become increasingly accessible to the global market, and exportation is no longer limited to television audiences.

You only need look on English shores to see this expansion in full swing: since those initial talks of a 39th game, American sports have become a regular feature in England with the NBA and NHL now playing an annual, regular season, game in the UK. Even the US’s biggest brand, the NFL, has enjoyed immense success in the British market – another three games take place over the next month, starting with Sunday’s encounter between the Colts and Jaguars at Wembley Stadium. Given the growing interest in soccer in the States, there is ample reason for Premier League officials to think a similar deal involving their product would be a big hit.

MLS is steadily growing, but the big European leagues are the main attraction for audiences in the States: the English Premier League undoubtedly sits at the top of that tree. Several clubs have used pre-season tours to successfully export their brands to the American market over the last few years, while the introduction of the International Champions Cup in 2013 has propelled the popularity of the sport to another level. In fact, a 2014 fixture between Manchester United and Real Madrid famously set a new attendance record in the US as over 109,000 fans flocked to Michigan to catch a glimpse of the beautiful game’s most recognisable faces.

Cracking the American market has been a huge breakthrough for a number of clubs, becoming one of the catalysts behind record growth. Manchester United, for example, announced record turnovers for 2015-16, and the swelling global appeal will only boost the financial rewards further. It’s not hard to see why owners are so eager to capitalise on a 39th game, especially when the majority have no emotional affiliation to English football.

For the likes of the Glazers (Manchester United), Roman Abramovich (Chelsea), Allams (Hul City), and John W.Henry (Liverpool), football is primarily a business. During its 24-and-a-bit seasons, the Premier League has transformed into a billionaires playground; the emotional connection has faded, which is why a round of foreign fixtures is almost inevitable at some stage.

America isn’t the only market offering potential riches, either. The almost overnight boom in the Chinese market has seen the Asian country instantly catapulted into the spotlight. Aside from the staggering sums being spent by clubs in its bid to grow its domestic league – think Ramires to Jiangsu Suning (£25m) or Hulk to Shanghai PSG (£46m) – China’s population of over 1.3 billion offers Premier League clubs an incredible platform to amplify international revenues. 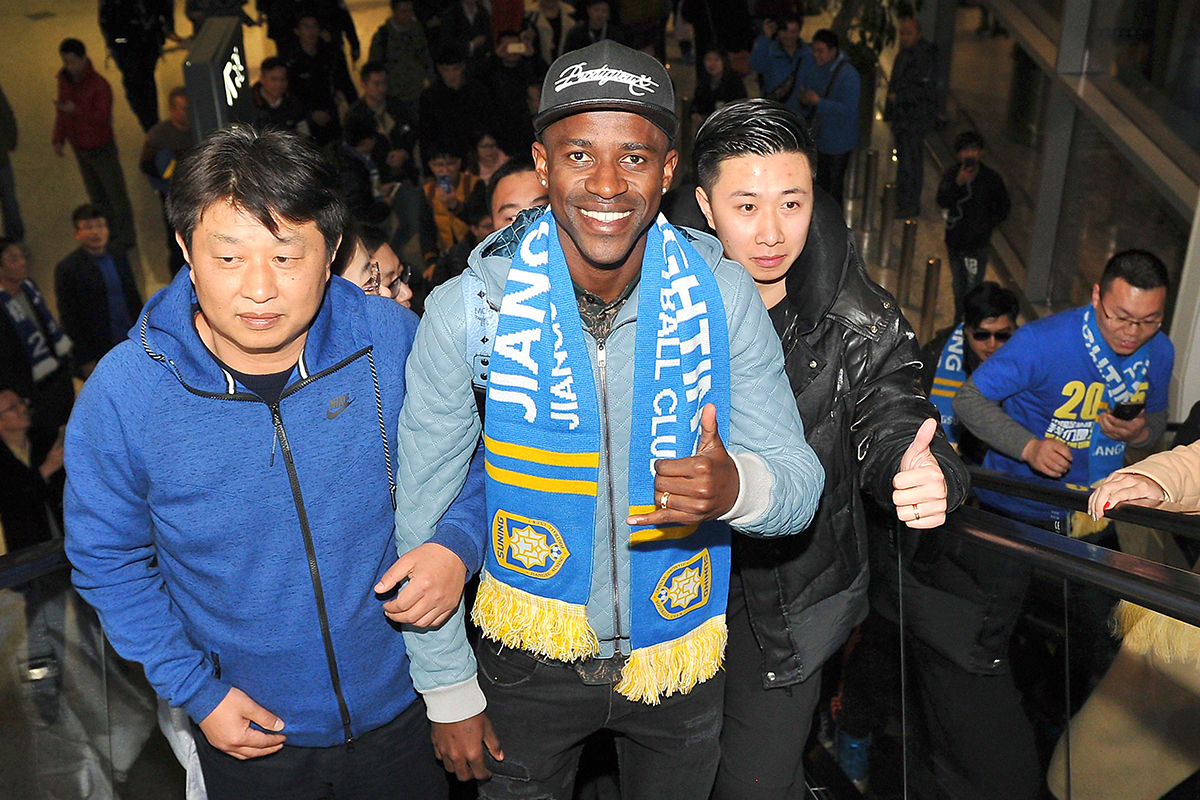 After all, the Premier League currently holds an unrivalled grip on the overseas viewers. From the Leicester City fairytale to the managerial heavyweight battle between Pep Guardiola and Jose Mourinho, England’s top flight is sports greatest ongoing soap opera. Even negative stories, such as the current bungs scandal, add to the global fascination. Subsequently, the Premier League product is now exported to fans in over 150 different countries. Many of them would love nothing more than to host a competitive fixture from the world’s most exciting league.

The current £5.14bn television deal has lifted the Premier League – and the accompanying financial madness – to another level. Those sentiments were underlined this summer as spending between the 20 clubs topped £1bn for the first time in history. While most fans agree that football's finances have got out of hand, no supporter can deny the sheer joy of seeing a new record signing rock up to their club’s training ground.

Likewise, the standard of football on display is indisputably increased when clubs can attract stars like Zlatan Ibrahimovic and Paul Pogba. From financial and entertainment perspectives, English football is the pinnacle. But the Premier League locomotive must keep moving forward if it is to retain its place at the summit.

It’s important to recognise that other leagues are making strides forward too, and international exportation is at the heart of those endeavours. La Liga now boasts 10 foreign offices and has brokered its own new broadcasting deal, which is heavily influenced by international markets. France has taken the Trophee des Champions (the equivalent of the Community Shield) around the globe since 2009 in a bid to gain greater international interest. Even the German Bundesliga – a league where fans own at least 51% of their respective clubs and seemingly prioritises the spirit of football over revenue – has openly accepted that playing abroad is a genuine option.

The world feels smaller than ever, and global expansion is the direction that sport in general is heading. As far as football is concerned, though, England has two major advantages. Firstly, the financial success of the Premier League has cemented its place as the game’s biggest and most lucrative brand. Secondly, it’s an English-speaking product, which instantly opens more doors for global expansion than French, German, and Spanish combined.

Football has evolved. While its roots may still be embedded in the idea that a football club is at the heart of its community, the need for wider appeal is more palpable than ever before. Chairman and owners will inevitably face the brunt of finger pointing and claims of unnecessary greed. The truth of the matter is that expansion isn’t simply needed to maximise profits; it’s a requirement for survival. 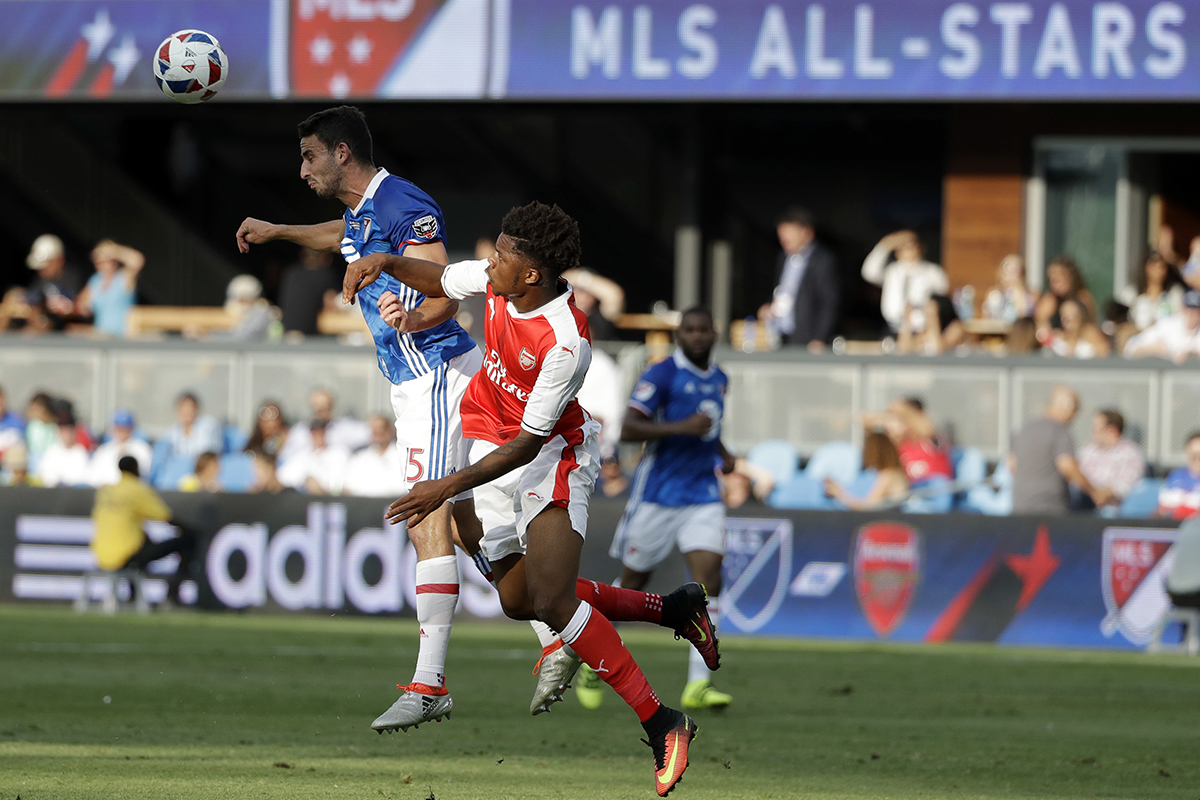 The Premier League brand, and its members, are continually exploring all avenues for expansion and the Game 39 proposal remains top of the agenda. It is a vision that still requires vast development as sustainability must be assured before any concepts are finalised. However, chief executive Richard Scudamore’s transparent desire to make it happen is crucial.

Officials at individual clubs, and the Premier League as a whole, will undoubtedly appreciate that Game 39 would be the biggest shake-up since the league was introduced nearly a quarter of a decade ago – even greater than the decision to drop from 24 teams to 20 for the 1995/96 season.

Local supporters are no longer the biggest financial asset to those teams, but without them the entire Premier League product would slide. Any expansion that includes playing overseas will need to be handled with care to ensure that fans aren’t left too disgruntled – for once, they cannot be treated simply as customers.

On the other hand, money talks. Since the initial proposal nearly a decade ago, the world has changed. Football, along with other sports, has shown the undeniable potential of growth in the international markets. Moreover, there is no longer a threat of damaging a World Cup hosting bid hanging over the Premier League’s head.

No expansion will take place during the current TV deal, meaning overseas markets will have to wait until 2019/20 at the earliest. Nevertheless, the Premier League has been edging towards this conclusion for several years.

After so many years of dragging itself to the summit of world football, the Premier League will not be willing to surrender its position. Whether the local fans like or not, international growth will be required if English football is to retain its attraction. If supporters want to keep seeing the world’s greatest players flock to British shores, a reluctant acceptance of Game 39 is likely.