When Gabriel Jesus first stepped foot on English soil back in January of this year, he did so without any sense of fear.

Manchester City had just shelled out £27m to sign the then 19-year-old from Palmeiras but, after winning Olympic gold and scoring five goals in six games for the Brazil senior team, the forward was not going to let apprehension thwart his next challenge.

“I can’t feel scared, being given an opportunity like this to change my life,” said Jesus.

“There are more challenges and opportunities to change the lives of my family members, to give them opportunities, so I can’t be scared of anything.”

However, a glance through the history books of other Brazilians who arrived in England hoping to launch their careers would have done well to act as a cautionary tale for Jesus.

Plenty of Samba stars have travelled to the Premier League with bags of talent, but other factors have got in their way with problematic issues ranging from the language, weather to even the food – not to mention the physicality of English football.

Indeed, examples are not difficult to find of Brazilians who have come and gone in the blink of an eye.

World Cup winner Kleberson endured a disappointing two-year spell at Manchester United. Afonso Alves arrived at Middlesbrough for a club record £12.5m in 2008 but scored just 10 league goals, while Robinho’s time at Manchester City was unfulfilled as temperament got the better of talent.

Mirandinha, who was the first Brazilian to play in England when he joined Newcastle in 1987 from Palmeiras for £575,000, endured a similarly difficult time and he returned home after just two seasons.

However, one man who did make the grade in the Premier League was Juninho. The diminutive playmaker arrived at Middlesbrough from Sao Paulo in October 1995 for £4.75m and he was greeted by one of the coldest winters on record – indeed parts of northern Scotland were an icy -27.2 °C.

Yet despite all that he ended his second season with 13 goals from midfield and a permanent place in the hearts of Boro fans.

“It is a very fast game but when you have the opportunity you can play with some space and I think that is what Gabriel did [last season].

“I had some problems with the cold, I came during a very hard winter, and I had problems outside but not on the field.”

For Juninho it was his attitude that was key to his success as during those opening months he refused to let outside circumstances impact his performances on the pitch. 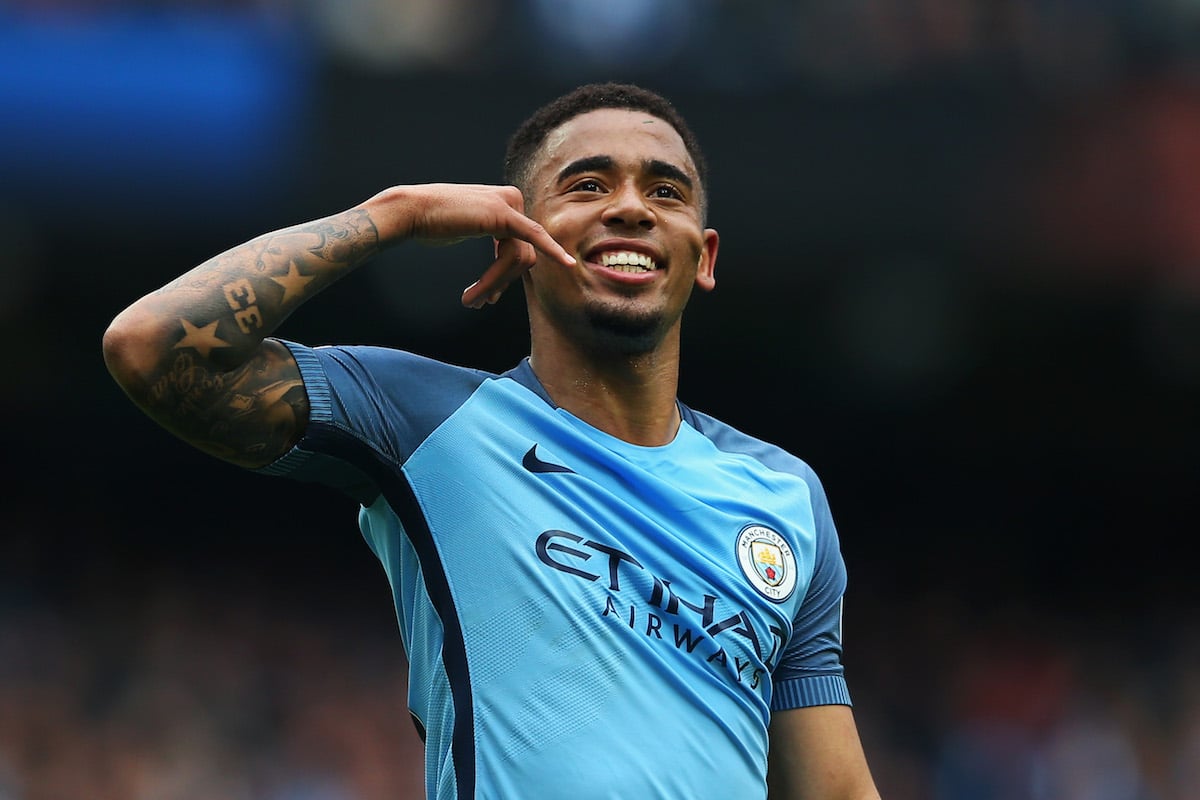 The midfielder eventually went on to sign for Atletico Madrid for around £13m in 1997, but his time in England had been a great success and when he assesses Jesus’ prospects he is filled with similar optimism due to the youngster’s attitude.

“I think he is going to be great for the Premier League and Manchester City,” says Juninho.

“I think his talent is unbelievable and also I was impressed with his personality. He goes on the field and feels at home, so that is what has impressed me.

“He has the qualities and characteristics of English football, like Philippe Coutinho does too.”

Juninho’s hopes for Jesus ahead of the new season are shared by another of his former Brazil team-mates, Gilberto Silva.

Like Juninho, Arsenal’s unbeaten run to the Premier League title in 2004.

As with many supporters, he only got to see glimpses of Jesus last season as injuries prevented him from fully establishing himself under Pep Guardiola at the Etihad.

However, having witnessed first hand how easily the forward has made the transition from Brazil to England so far, Gilberto is certain Manchester City have a future star on their hands.

“It looks like he is going to make a good impact here because he is such a young player,” he says.

“In his first season he has played naturally. It is not so easy to adapt to the Premier League in this kind of competition, especially for the South American players, but for him it seems very natural.

“He fits very well to the squad of City and I am sure the guys around him are helping him a lot to make him feel at home to adapt as quick as he can.”