Any promising young footballer coming through the ranks at Santos will have to cope with a unique type of pressure. When playing for the club which produced Pele, Neymar, and Robinho, hyped up comparisons to these players can finish a player's career before it's even started. Even Robinho failed to live up to his initial hype.

Neymar, meanwhile, was successful in shaking off the shackles attached to him as a result of endless Pele comparisons. Being part of an unprecedented trio of forward stars at Barcelona will have helped, but that Neymar is held up in the same light as Lionel Messi and Luis Suarez is testament to his mental strength. To be compared to Pele, and now Neymar, at such an early age can lead young Brazilian footballers into thinking they’re already at their destination, when in reality they’ve not even reached the first stop.

The latest Santos wonderkid to move across to Europe — Gabriel Barbosa Almeida — has the confidence, the goals at youth level, and the natural footballing brain to reach that destination and become a big star at the game, but it's not been plain sailing for him, especially since his move to Europe.

2016 was a good year for Barbosa from a domestic point of view. His performances for Santos had improved and he'd earned the move to Europe, attracting a number of suitors from the continent.

He was part of the Brazilian side which won gold at the Rio Olympics, triumphing on home soil where their senior side had failed in 2014. He scored an impressive goal against Japan in a pre-tournament friendly, and went on to score two against Denmark in the tournament proper.

He also made his senior debut in May, scoring on his debut against Panama, and again in a Copa America match against Haiti in June.

On moving to Inter, however, he's drifted under the radar due to a lack of minutes, and at 20-years-old he could be thinking of a move elsewhere in order to regain the momentum he'd garnered earlier in the year.

There should be no shortage of interest if he does become available, and it would be unfair of Inter to keep him against his wishes and not play him. Not just unfair on the player, but unfair on the football-watching public too.

Barbosa is one in a long line of Brazilian entertainers. In the five or so minutes he was on the pitch at the end of Inter’s 3-0 win at home to Lazio, he managed to fit in a no look pass, a rabona, a shot on goal, and also took time out to get the crowd going as he wandered over to take a corner.

His style has seen the Inter fans warm to him despite a lack of playing time. Since joining the Milan side from Santos he’s only played around 20-minutes of first team football which has led to rumours of a move away from the club, either permanently or on loan. 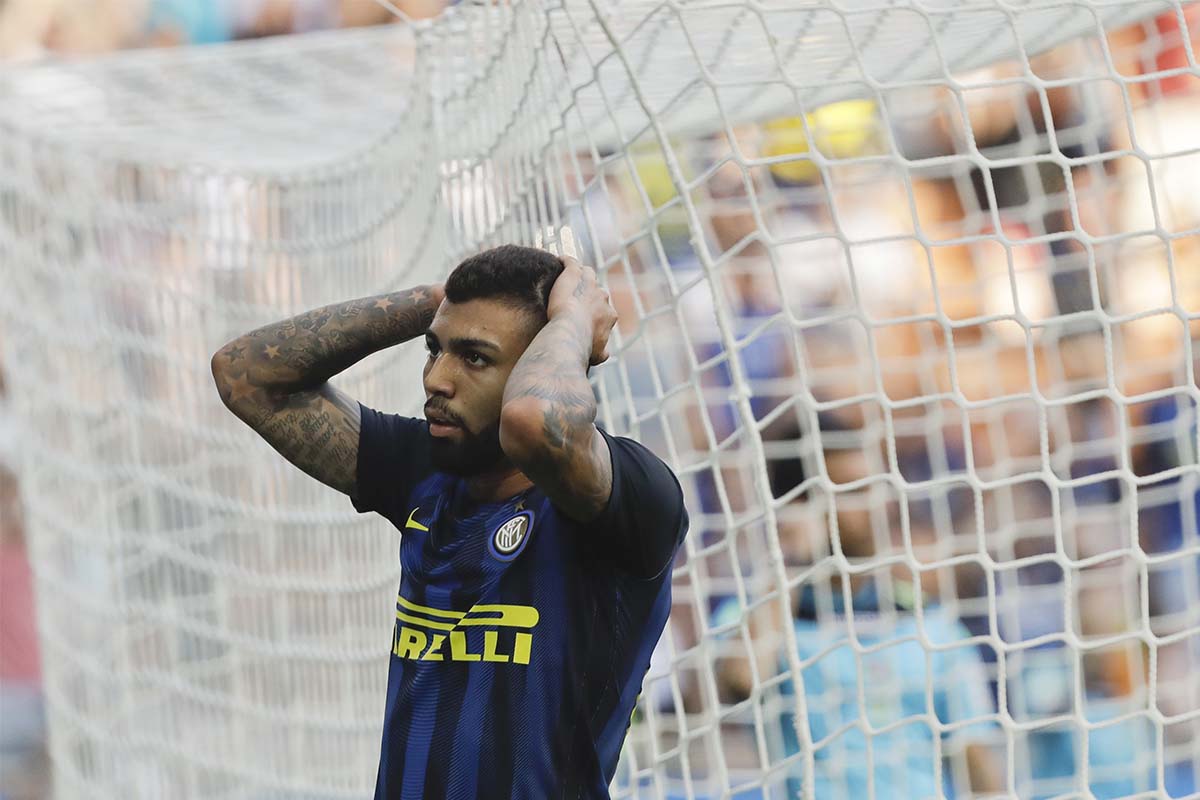 The Italians will be wary of repeating the mistake they made with Philippe Coutinho. They allowed the Brazilian playmaker to leave the club for just £8.5 million and since joining Liverpool he’s blossomed into one of Brazil’s best players and would now fetch a hefty transfer fee.

While he’s a slightly different type of player to Coutinho, Barbosa could well end up being similarly valuable if he can get a run of games at a side in one of Europe’s top five leagues.

At Inter he’s struggled to get into the side even from the bench, but to understand why that is it would be useful to look at the type of player he is.

Barbosa is a clever left-footed trickster who joined Santos at the age of 8 having been spotted playing futsal by one of their great former players, Zito.

The hundreds of goals he scored at youth level for the club saw him develop the name Gabigol, though while this suited him at an early age, as he reached his late teens it seemed childish and added extra pressure, so now he sports the moniker Gabriel B on the back of his shirt.

Initially a striker, he entered the senior Santos side in good form but the goals didn’t flow as they had done in the youth teams. This led to positional shifts into supporting roles around other forwards as opposed to leading the line himself.

Towards the end of his time at Sao Paulo’s coastal city, he discovered what is probably his best position. Operating on the right wing in support of experienced centre forward Ricardo Oliveira, he played some of the best football of his senior career to date.

The attacking trio of Geuvanio, Oliveira, and Barbosa, supported by attacking midfielder Lucas Lima saw Santos score 59 goals in 2015. Oliveira finished as the league’s top scorer with 20, while Barbosa bagged 10 goals and 7 assists.

Playing out on the right gives him a number of options which get the most from his immense skill, trickiness, and potent left foot. He has the ability to take on an opposing full back on the outside, using his weaker but reasonably strong right foot to play balls in from the byline.

However, his big strength is his ability to come inside from the wing onto his stronger left foot where he can dribble inside to play passes to a centre forward, or use his weapon of a left peg to shoot himself.

This role also allows him to move into the box when his team-mates have the ball on the opposite side of the pitch, and in here he can use the instincts he had as a youngster to take up the best positions to score.

Football agent Wagner Ribeiro once said that he “has the left foot of Ganso, the technique of Neymar, and the pace of Lucas [Moura].”

He could still play as a striker in a set up which suits him, especially if there was the right blend of pace and creativity around him. He’d be more of a false nine or a creative forward, but could also use his speed and cleverness to make runs in behind a defence.

A future at Inter?

The reason he doesn’t get a game at Inter is down to the presence of Italian international Antonio Candreva, who also arrived at the club in the summer of 2016 and plays on the right. Up front they have Mauro Icardi, while Ivan Perisic usually plays the left-sided role.

Playing second fiddle to this trio is understandable, but it’s Barbosa’s lack of appearances as a substitute which is more baffling.

Stefano Pioli usually opts for Brazilian-Italian Eder, or the 34-year-old forward Rodrigo Palacio when it comes to bringing players off the bench.

It may just be a case that Pioli is letting him settle into his new surroundings, learning more about his team-mates, the city, and the language before throwing him into the limelight. But even if this is an issue you might still expect him to experience more game time to aid the induction process.

With the January transfer window about to open, it’ll be interesting to see if the player formerly known as Gabigol becomes available, either via his club looking to loan him out for experience, or an agent looking to move him to greener pastures on a permanent basis.