In this 2022 FIFA World Cup Qualifier, Angola travel to the Stade de Franceville to take on the challenge of Gabon. The Panthers were demolished in 3-1 in the away leg by the visitors and will hope to take their revenge on October 11.

Here are our predictions for Gabon vs Angola.

Pedro Goncalves' men made the most of their home advantage as they claimed a 3-1 win over Angola. As they pay the Panthers a visit in this fixture, we do not expect a win for them. They have lost three of their last four away fixtures. Moreover, Angola has won three of the four home fixtures against Gabon and should add to their tally to move out of Group F's bottom places.

In their three qualifying fixtures, both Angola and Gabon have accumulated three goals apiece. While their meeting saw four goals, it looks unlikely that fireworks will be seen at the Stade de Franceville. Angola will be extra cautious in their approach to conserve their goal difference which should result in an Under 2.5 total goals conclusion to this fixture.

Goals have come at a premium in meetings involving Angola and Gabon. It has led to low scoring affairs where only one side has gotten on the scoreboard. This is especially true for H2H encounters, where both sides have scored in only three of their nine meetings. As they come together on October 11 with a total of six goals scored between them, we are predicting that a clean sheet for at least one side is witnessed.

Gabon vs Angola: Check out the best odds and the latest stats

Match Preview of Gabon vs Angola: Panthers in a fix

Gabon needs to arrest their dwindling form in the 2022 World Cup qualifying fixtures. They remain winless in three outings, losing to Angola and Libya, whilst sharing the points with Egypt. It was their defeat to the former that dampened the mood amongst the Pathers faithful, who would have appreciated a more fighting response by their heroes.

Angola will be wary of the threat Gabon have, especially as the Antelopes travel to their home territory to challenge Libya and Egypt for qualification from Group F. However, the script will reverse on them should they lose to the Panthers on the road. They will find themselves at the bottom of the points table and can kiss their chances good bye.

Questions About Gabon vs Angola 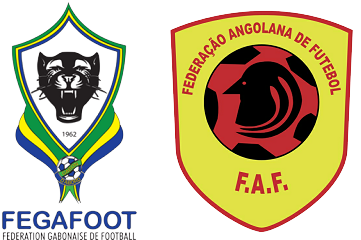 Where is the game being televised? Viaplay and Sport TV.

Where is the game being played? Stade de Franceville (Franceville).