Daniel Levy is the mastermind behind Tottenham’s financial success, with the club having the lowest net spend of the top current six.

Tottenham have received £1million more than they have spent in transfer fees in the last three years yet are remarkably able to go toe-to-toe with the league's big spenders on a regular basis.

It was a topic of discussion on the latest episode of Football Whispers TV.

Journalist Gabriele Marcotti told us that figure was largely down to the Tottenham chairman.

He told us: “There’s no question about it, I think it’s exceptional housekeeping.

“You’ve got guys like Paulinho, who was not good, but then he [Levy] managed to sell him for a lot of money.

“[There is also] Wilson Palacios, there is a whole bunch of examples there and one of the things they do very well is Levy is obviously very good at being a tough negotiator.”

And journalist Matt Scott agrees that Levy’s negotiating skills come into it.

“Levy’s notoriously a difficult man to deal with when you’re trying to transact with him, whether it’s buying or selling,” he told us.

“That’s through necessity. Tottenham are a club that have the smallest stadium of the top six, they have the lowest revenues, [their revenues] are nowhere near Manchester United’s.

“[Those transfer fees are] what they’re pulling in in order to balance the books.

“They’ve got the lowest wage bill as well.

“It means players want to seek their careers elsewhere so there’s a pressure from within for those players to move on and in order to improve and reinforce the team, they’re having to pull in money from the transfer market.

“The Gareth Bale money was very judiciously spent, on the likes of Dele Alli.”

Scott is right on Alli, as the midfielder cost an initial £5million when he signed from MK Dons in February 2015. 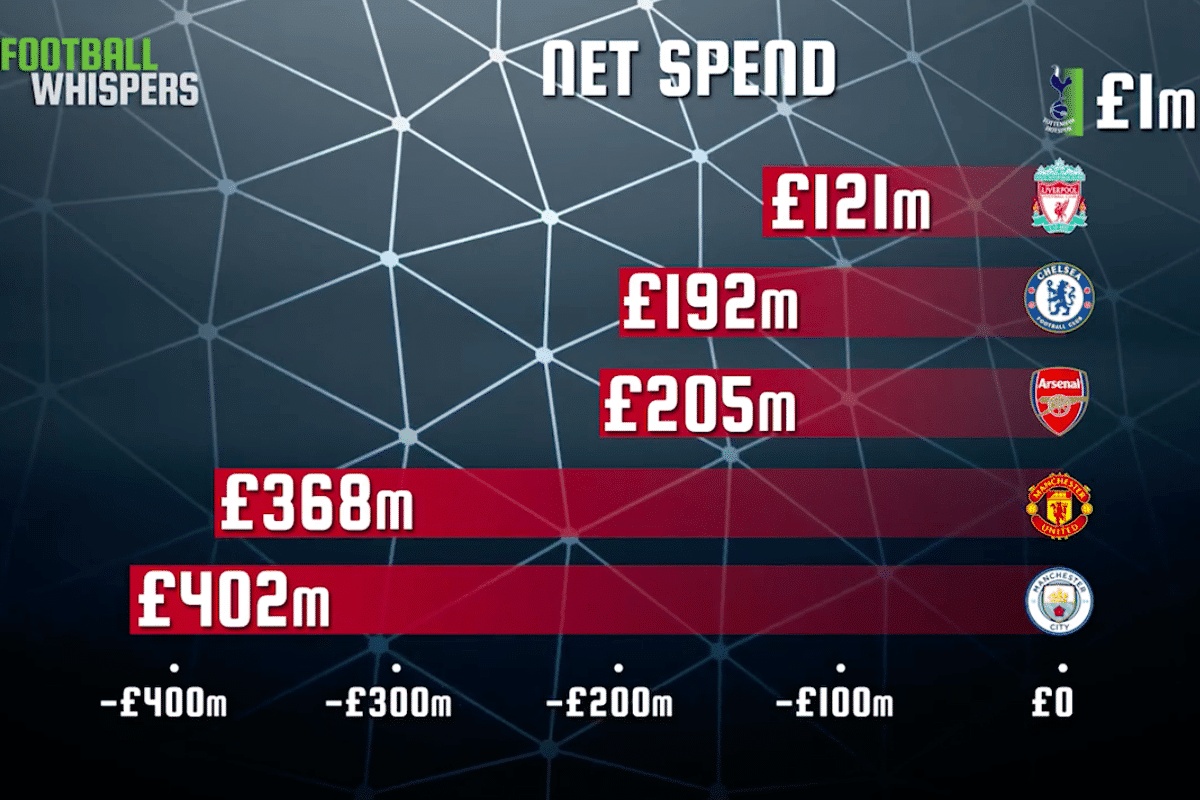 And as you can see above, since 2012-13, Spurs have been much more financially prudent than their top six rivals.

While Manchester City have  spent £402million more on transfers than they've received, Tottenham have actually made money – albeit only £1million.

You can't say it has affected Tottenham in a negative way in the league either.

Spurs were fifth when they sold Gareth Bale for the then world record fee of £85million.

They finished third last season – and in all honesty, should have finished second.

Every season they feel like they've got stronger – and this season aside, they've made a profit every year.

There have been some disappointments of course – Spanish striker Roberto Soldado at £28million didn't live up to expectations.

And this season, both Moussa Sissoko (£30million) and Vincent Janssen (£17million) have failed to live up to their price tags so far.

But these are rare occurrences.

They managed to buy Toby Alderweireld for £11.5million and he is arguably now the best defender in the Premier League. 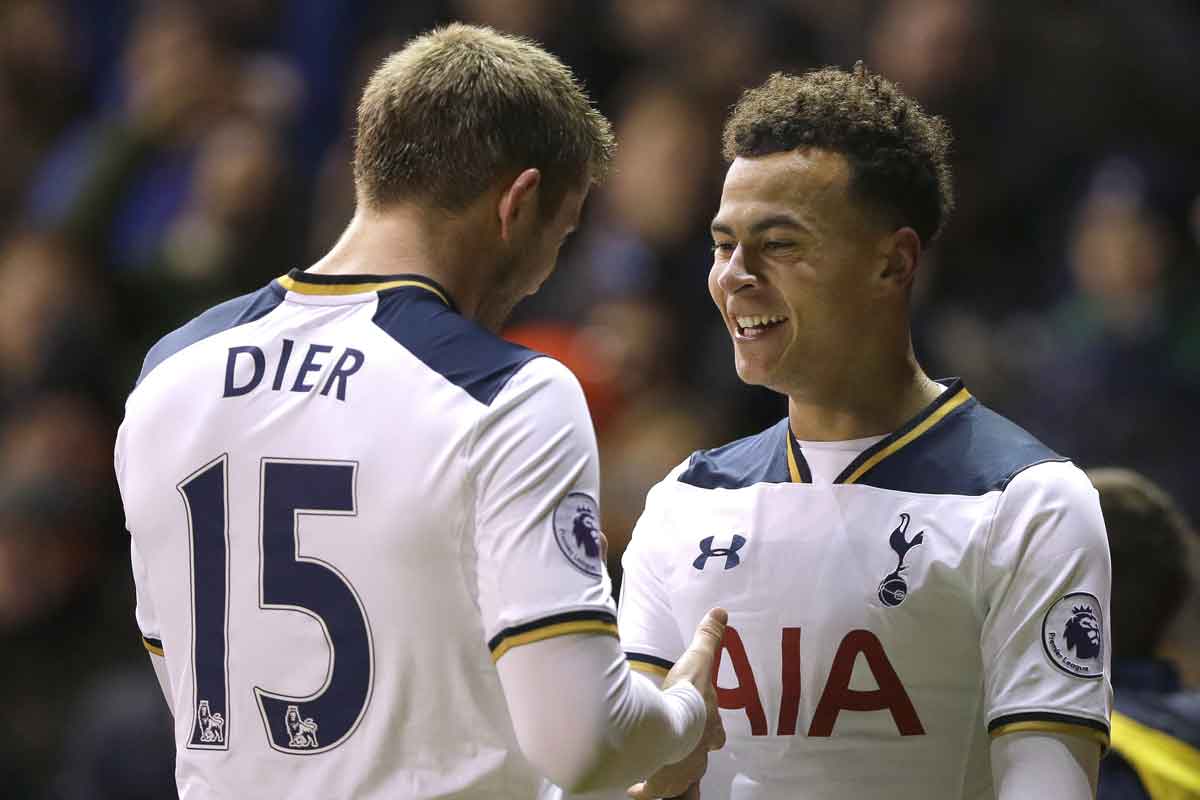 And as we know, it isn't just buying which Levy manages to get the best value for.

The Bale fee is obviously an example of this, but on a smaller scale getting £9million for Steven Caulker, £13million for Ryan Mason and £8million for Alex Pritchard are also fees that you would not expect many other clubs to command.

And Marcotti believes this started when former technical director Franco Baldini was at White Hart Lane.

He added: “Previously with Franco Baldini, they created a culture of spotting value and selling well. 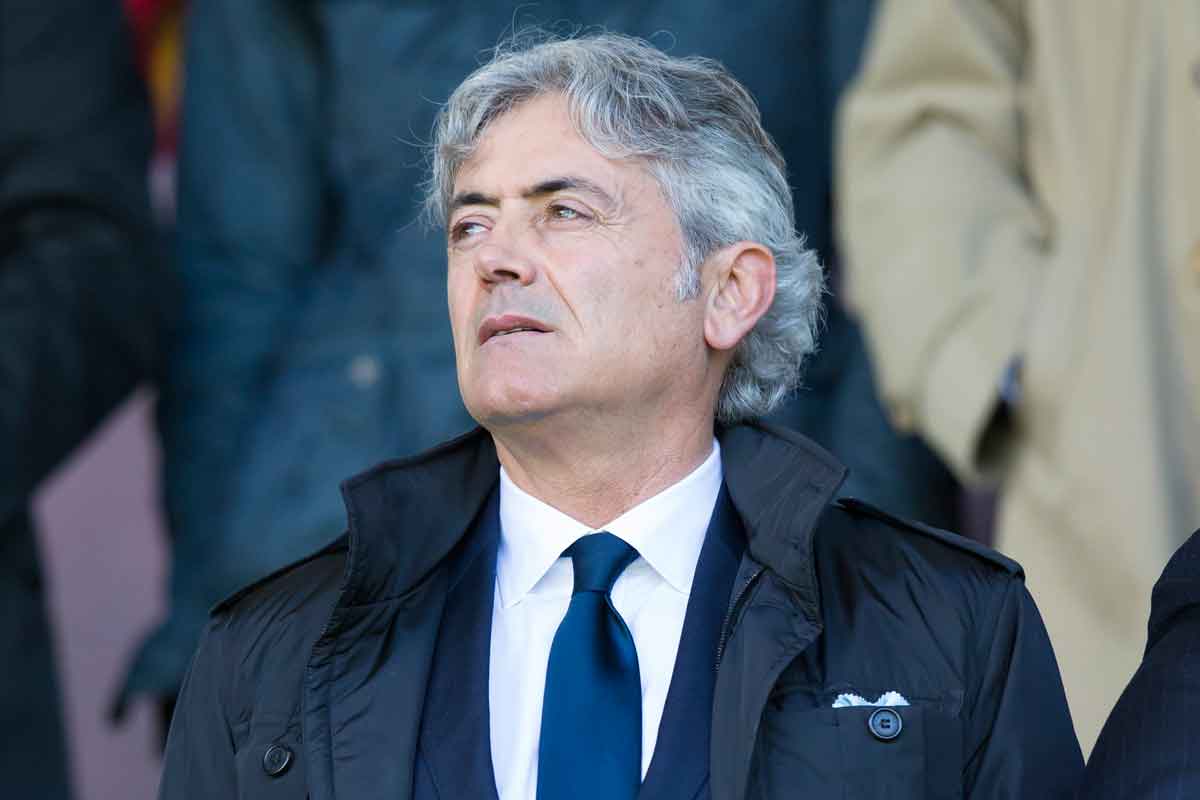 “They were also quite good at imposing at saying to managers, ‘You can have him for £50million, but our budget is £30million and you can have these three guys who we think are as good’.

“They’re very good at persuading the manager to do that and they’re often vindicated.”

And Scott believes again that comes down to Levy.

“Daniel Levy actually is [spending his own money.]

“Unlike most football club chairmen, Daniel Levy owns 30 per cent of Tottenham Hotspur.

“As the shareholder, 30 pence of every pound is his own so that’s a large part of why he is such a fastidious negotiator with people.”

And with Tottenham building a new stadium, he will need to carry on being this fastidious negotiator to get the best possible deals for his money.

If that happens, and with Tottenham then getting the revenue from the stadium to properly compete with the top six, they will be the envy of many clubs around.

Check out the latest from the transfer window with Transfer Live.