The Tottenham Hotspur midfielder has been in spectacular form lately, bagging four goals in his last two games to take his total for the season to 11, while also supplying one assist, maintaining a pass accuracy of 80 percent and creating 35 chances — so it’s easy to see why the European champions want him.

The Football Whispers Index is currently giving the rumours of a Real Madrid move for Alli a score of 2.0 out of five, suggesting that, while any potential deal is far from done, this could be a story worth keeping an eye on. 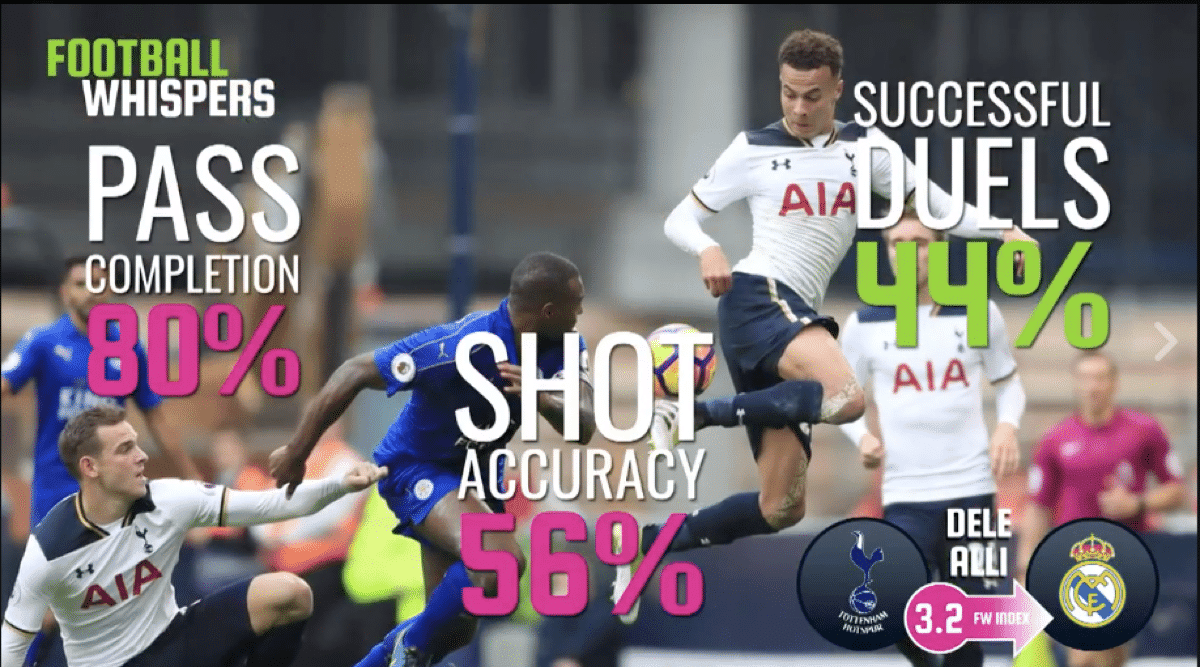 With Madrid currently banned from signing any players until the summer, a January move to the Bernabeu for Alli can be completely ruled out, but Matt Scott believes the 20-yer-old England star will still be a Spurs player for some time.

“I don’t see Dele Alli moving away from Tottenham — he’s such a key payer for them,” Scott said. “He’s scored 10 goals this season, as many as Harry Kane — and that’s from central midfield. He’s got seven goals in the last four [games], with his head, tap-ins, he puts through-balls through. It could've been even more because he hit the post in the last game before Chelsea [against Watford].

“He’s the real deal, a top player in the making. But he’s only 20 years old, he’s got his future ahead of him.”

“People raved about a former Spurs player, Paul Gascoigne, as the player of his generation,” the Inside World Football journalist continued. “Already this week we’re hearing from Pochettino that he see’s Alli as the player of this current England crop. And that’s with a player of Harry Kane’s quality in the same team.

“I’m not at all surprised he’s being linked with Real Madrid and I think that Real Madrid could be the kind of place that he will end up … it could very well happen, but it’s just not going to happen right now.”

Jordan is not quite as high on Alli’s current level of ability, but he too doesn't see Spurs parting ways with such a promising young star any time soon.

“I can’t imagine Tottenham entertaining anything for this player for some passage of time,” Jordan stated. “I don’t think he’s arrived yet, anyway. I think he’s got a bit further to go as a player. 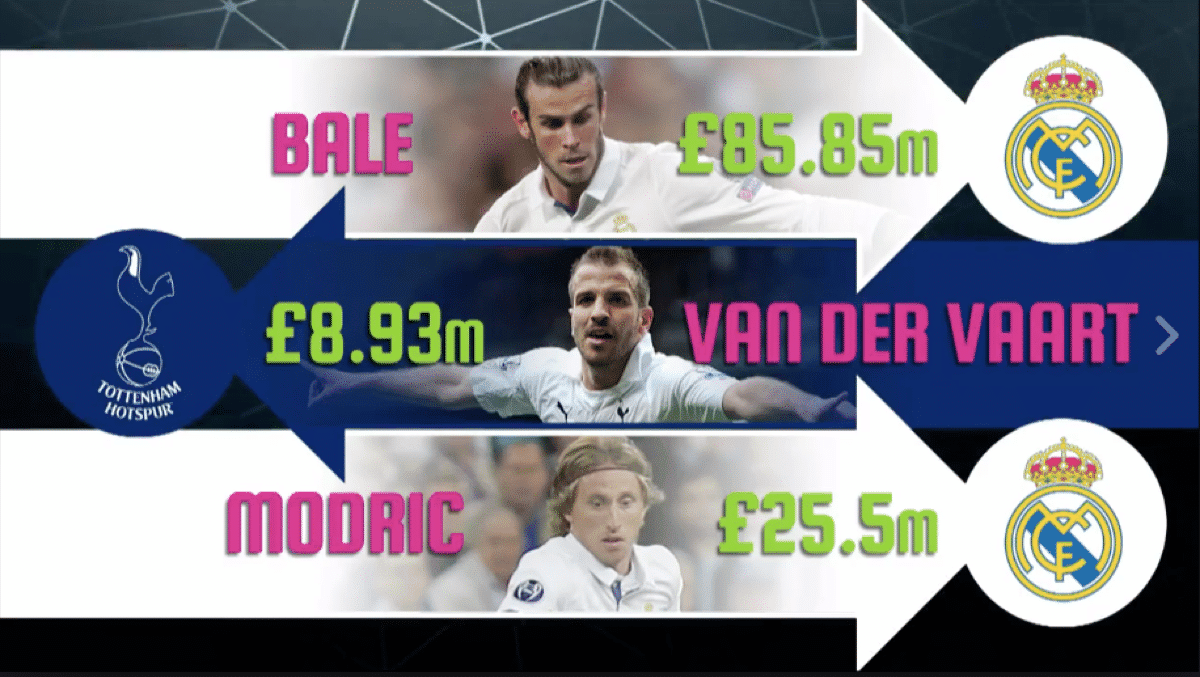 “But you're looking at the numbers, you're looking at Madrid and people are indexing it because of previous associations [between the two clubs]. I think Spurs are building — their biggest challenge, in my view, is not actually losing their players, it might be to lose their manager. I feel that Alli and Real Madrid is a non-event, certainly in the next 18 months.”

Having completed big-money moves for ex-Spurs players Luka Madrid and Gareth Bale in recent years, the Los Blancos are thought to have a special relationship with the White Hart Lane club.

The smoothness of previous negotiations between the two clubs could stand them both in good stead when it comes to the possibility of Alli joining the 11-time champions of Europe. But when asked if Spurs are in danger of becoming a feeder club for Madrid, Jordan, who understands the business side of running a football club better than most, is unequivocal.

“No, not at all,” said Jordan, who was Crystal Palace chairman from 2000 to 2010. “Joe Lewis owns Tottenham, they don’t need to feed anybody. If somebody wants to pay £80-90 million for Gareth Bale, then you’re going to sell him because that is ludicrous money. But certainly Tottenham are not a feeder club.

“Tottenham are a top four or top five team in the Premier League, which is the richest league in the world, they've got a billionaire behind their club, I don’t think they’re a feeder club for anybody.”

Although he believes that Spurs are set to hang onto Alli beyond the summer, with the way that the club is run, Scott could see the Premier League side being tempted by a substantial bid for the player.

“Well that was the decision that they took over Gareth Bale,” Scott explained. “£90 million is a staggering sum of money — more than the entire annual revenues of several Premier League clubs. They are building a new stadium, any money the they pull in to collateralise that is going to help. It’s run as a business: they break even, they keep the wages very low.” 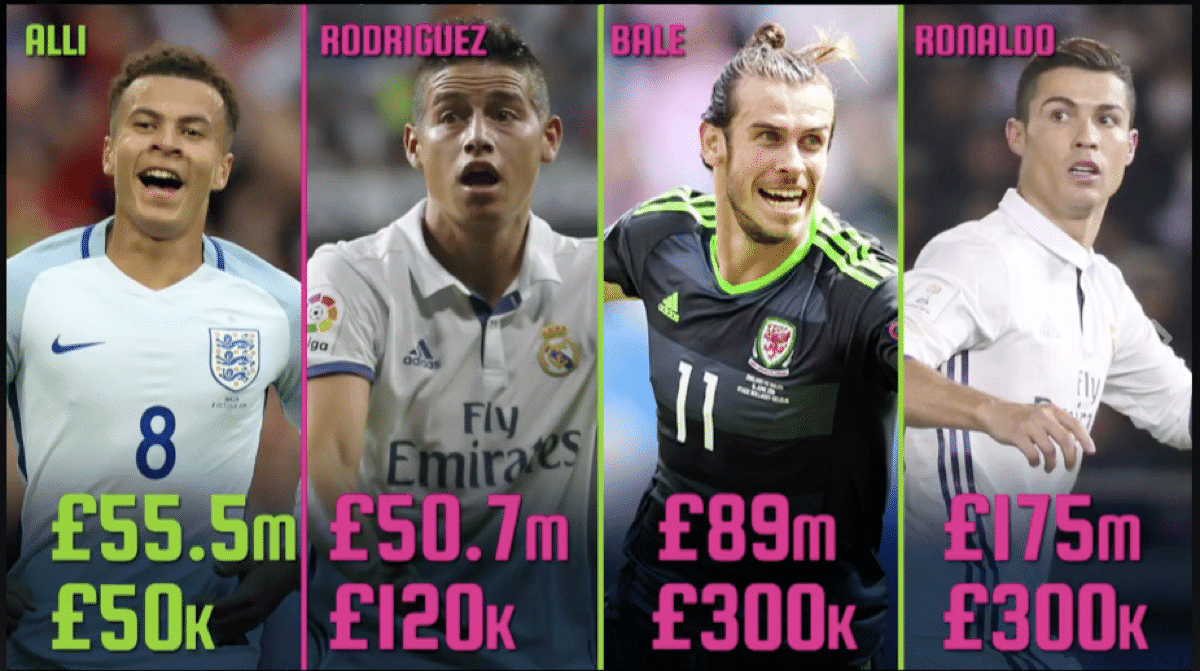 Alli’s current Spurs contract sees him earn a reported £50,000 per week. While that is a healthy sum for such a young player, a move to Madrid could see his wages being brought in line with the Galacticos of the Bernabeu. Colombian midfielder James Rodriguez rakes in around £120,000 per week, while Bale and Cristiano Ronaldo both command in excess of £300,000 — figures which would surely tempt Alli.

Scott believes that it’s very difficult to hold onto a player once their head has been turned, but he think Tottenham have not reached that stage with Alli yet.

“There was no keeping Gareth Bale, he was going to Real Madrid,” he said. “I don't think its going to happen yet, I don't think Dele Alli’s agitating for anything.

“But if they came in in two or three years when he’s 22-23, and he's got the rest of his career ahead of him — another 10 years of great contracts at Real Madrid — you can see that happening. Likewise with Harry Kane. I do think that this will happen in time, but not right now.”