Atletico Mineiro striker Lucas Pratto could well be making his way to the Premier League. In episode three of Football Whispers TV, South American football expert Tim Vickery suggested the Argentine striker could be heading to West Ham having been linked in Brazilian media.

It’s no secret that Slaven Bilic is in the market for a striker. The Hammers had bids turned down for Lyon’s Alexandre Lacazette and Marseille’s Michy Batshuayi in the summer and have recently seen their efforts to sign Sunderland’s Jermain Defoe, Celtic’s Moussa Dembele and Brentford’s Scott Hogan thwarted.

In December, the Daily Mail claimed the player, who has just 18 months left on his contract, had been offered to West Ham for just £14million but, at the time, Bilic wanted to stick to British based players who represented less of a gamble. However, this stance may have changed after seeing bids for their first choice targets rejected.

The 28-year-old’s rise to prominence is a fairytale in the modern game. It shares similarities with Jamie Vardy’s meteoric rise.

He had a nomadic start to his footballing life which seen him start at Boca Juniors before being loaned to four different teams, one of which was in Norway. After impressing at Universidad Católica during the 2010/11 season he joined Serie A side Genoa. This spell in Italy was short lived and unproductive and after just six months he joined Argentine side Velez Sarsfield. The club then signed him permanently in the summer of 2012. He spent two successful years there before Brazilian side Atletico Mineiro paid a reported £3million to secure his services.

He’s repaid their faith with 41 goals in 101 matches and this form lead to a call-up to the national side, making his debut and keeping the prolific Gonzalo Higuain on the bench.

Let's face it, after so many rejections can they really afford to be fussy if they're being offered a goalscorer for under £20million? As Andrew Gibney rightly said “Good enough to keep Sergio Aguero and Gonzalo Higuain on the bench for his country. Good enough for the Hammers?” He may not be the most glamorous name but his style, on paper at least, seems to be the sort that would excel in the Premier League. He's got that robustness that South American forwards seem to have. He's got a work ethic born out of having to constantly prove himself when others had given up on him, and he's never going to be a passenger in any starting XI. One of his underrated qualities is just how deceptively quick he is.

The striker is an all-rounder. He scores a variety of goals but he's much more than just that. Despite being just 6ft1ins he wins his fair share of headers (2.1), his hold up play regularly gets others involved, he stretches the defence by working the channels and being perpetually on the move and he doesn't ignore his defensive duties (1.3 tackles per 90 minutes).

When compared to who the Hammers already have at their disposal only Andy Carroll (10.6), Diafra Sakho (3) and Simone Zaza (2.6) win more aerial duels than the Argentine. But, it is worth noting those three players have all played fewer minutes than Pratto meaning their sample size is smaller. Had they played the same amount of minutes would they still be averaging those numbers?

When it comes to tackles it's Zaza (0.6) who is the closest to Pratto. 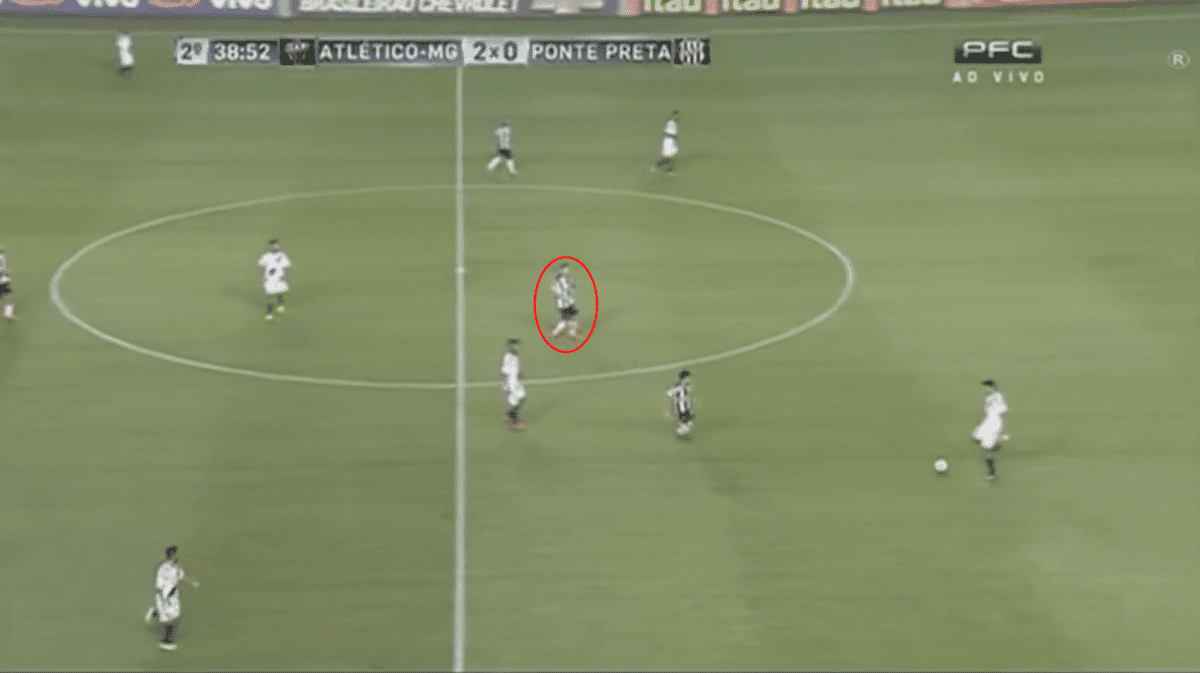 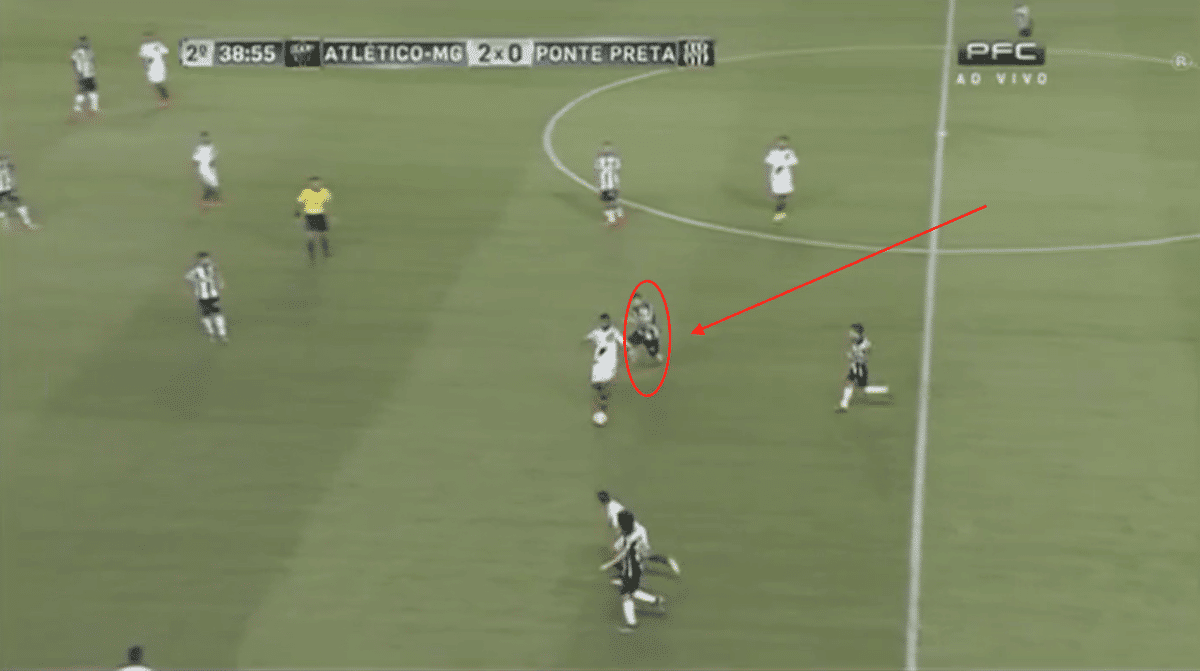 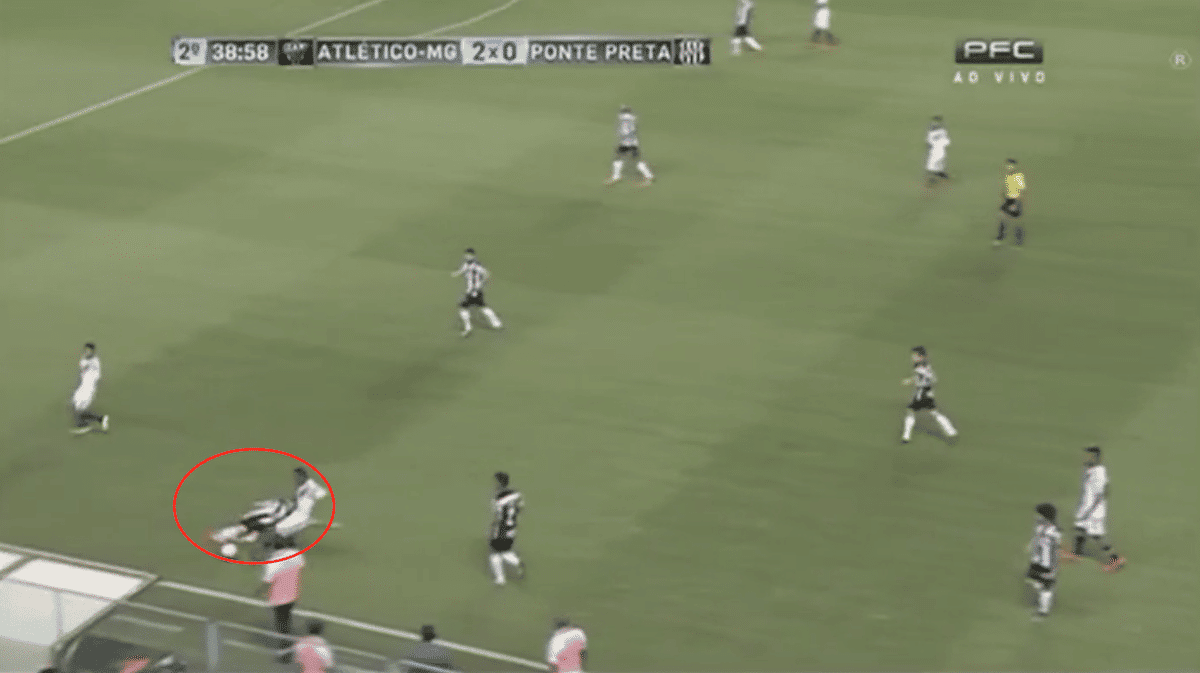 In the three pictures above you get to see how tenacious the striker is. He's circled in the first picture and as the ball is played to the man closest to him he makes the effort to put him under pressure. Many times when a striker does this it's a token gesture and as soon as the player makes his way deeper into their half they just stop running. Pratto doesn't.

In the third picture you can see him making a slide tackle to prevent the ball being played forward which would have stretched his side with the right-back out of position. 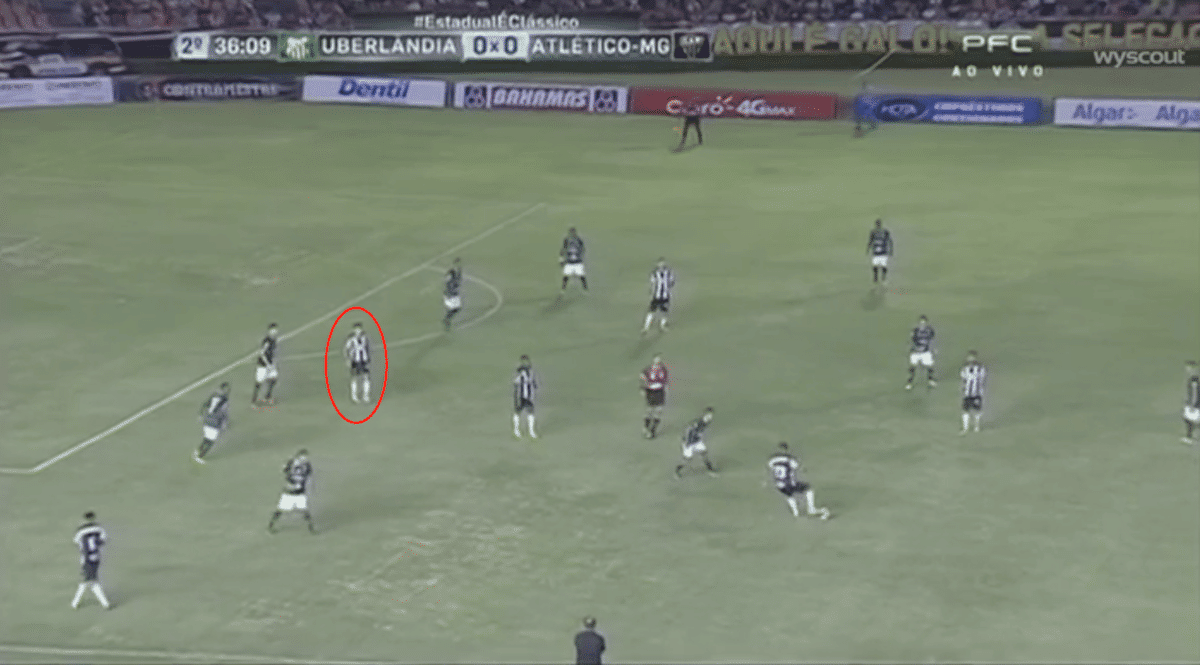 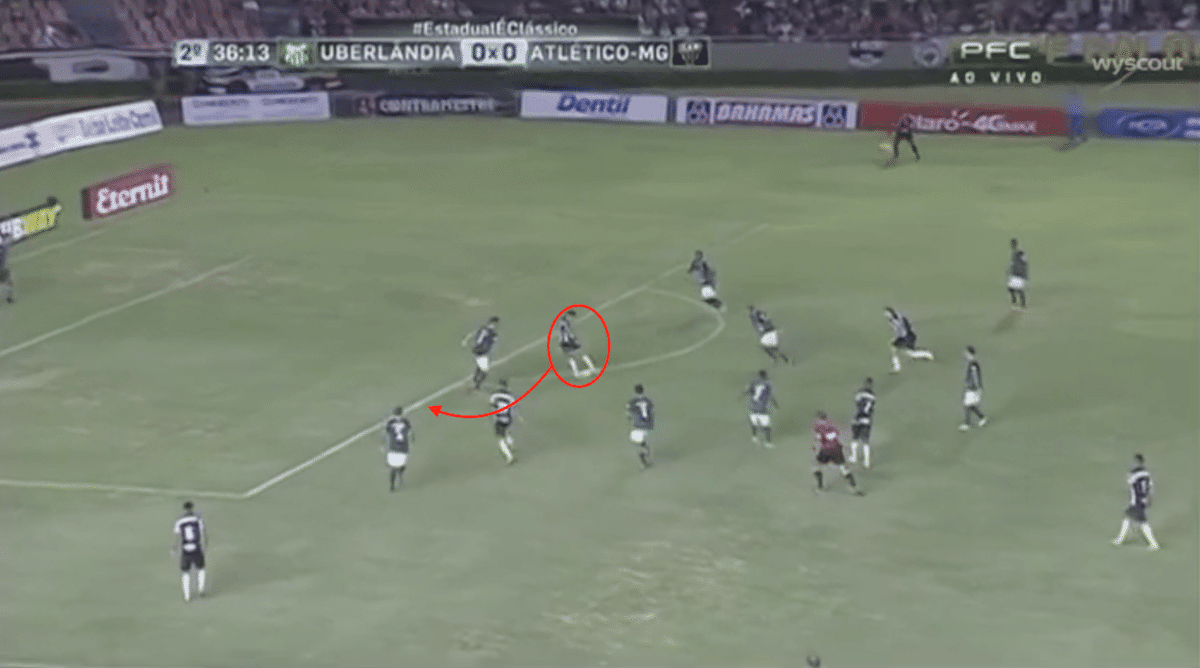 The striker is circled in both of the pictures above. Many strikers here would just stand still, want the ball to feet and look to use their strength to hold off the defender. But Pratto doesn't. His movement creates the space due to the defender looking to get closer to him which then allows him to play the first time pass around the corner after receiving the ball. 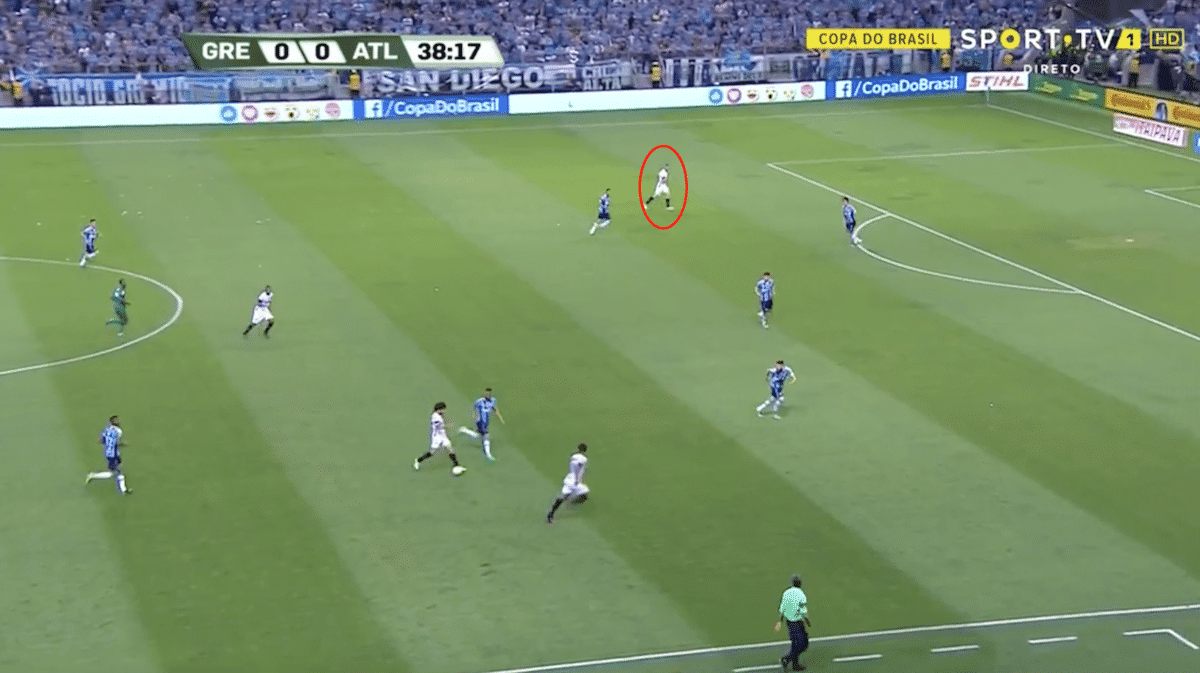 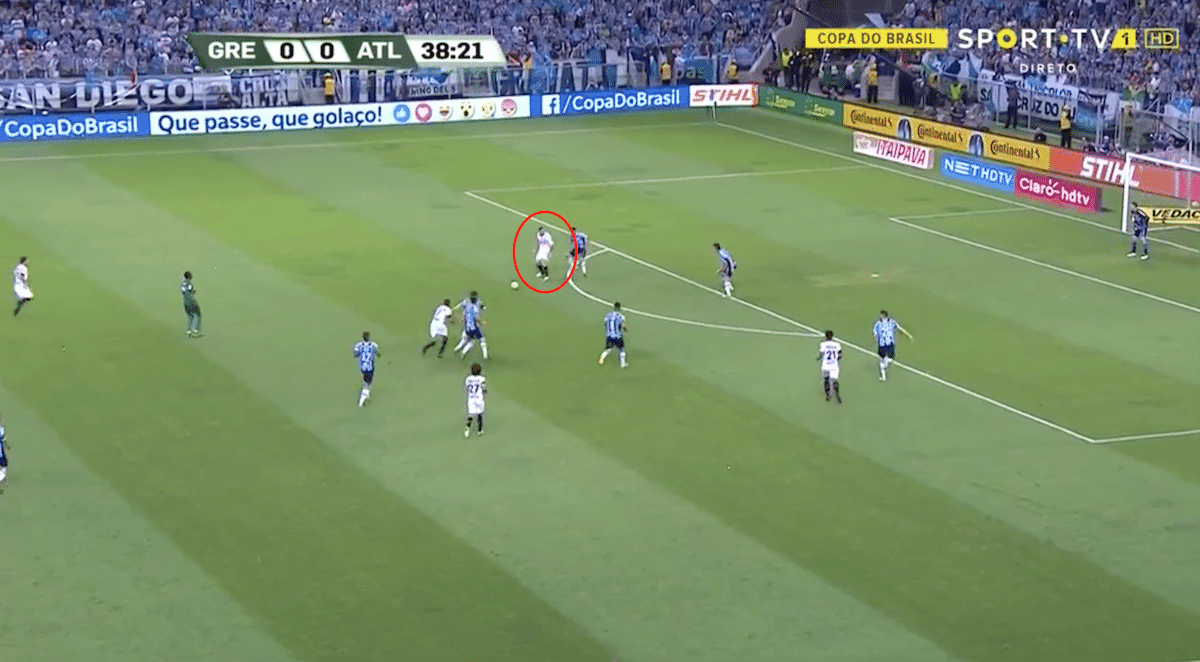 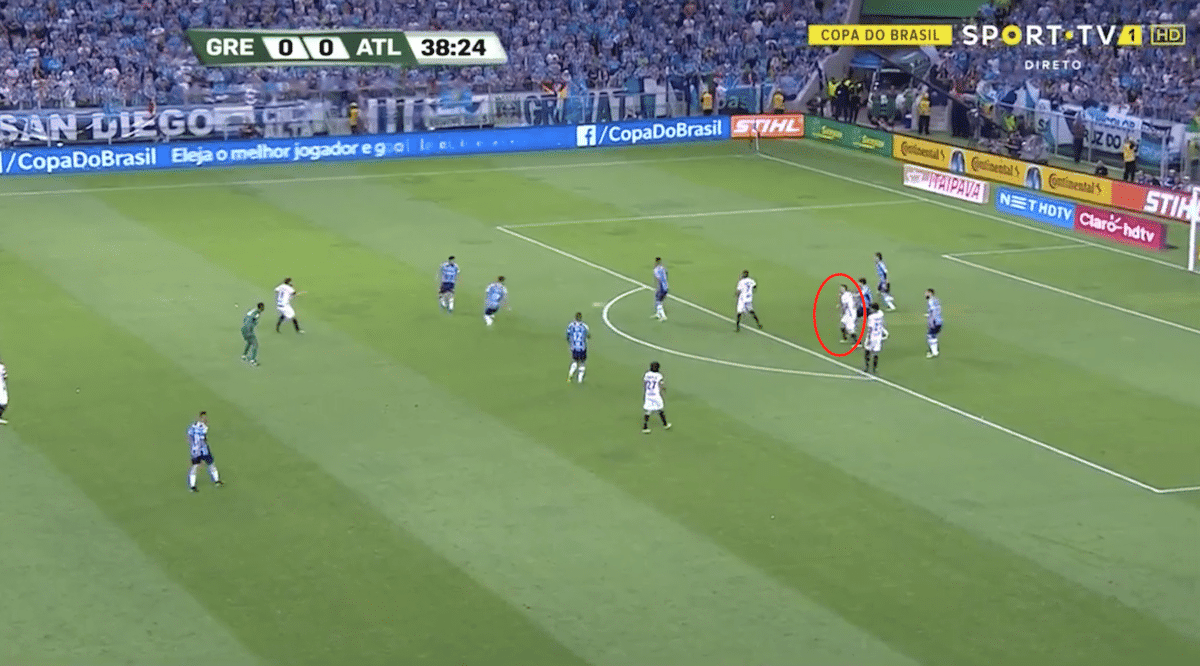 Here you see him starting off in a wide area. He's the only attacker but the opposition have four defenders back. Yet remarkably he ends up receiving a simple pass to feet after dropping into the space ahead of the defence. He plays a pass then immediately looks to get into the penalty area. You can see why, looking at these pictures, he's such a goal threat and will continue to be so if he's used in the correct system.

He may not have been West Ham's first choice but he could well turn out to be a perfect short-term solution to their striking conundrum and he wouldn't break the bank like the reported move for Carlos Tevez wold have.