The name of Gremio midfielder Walace has popped up in transfer rumours for well over a year, and not just because people misspell the name of the defender at the club on loan from Chelsea.

While the Brazilian side have cut short the latter’s stay due to poor performances, his namesake has been linked with the likes of Arsenal, Leicester City, Tottenham Hotspur, Benfica and Inter as he continues to impress.

His career began in earnest when a string of impactful displays at an Under-17 tournament in 2011 caught the attention of a scout from Avaí FC.

Walace immediately joined their youth ranks, his development progressing over the next twelve months until an outing with the Under-19s against Gremio convinced the Tricolor to snap him up.

They helped him to mature exponentially and, after being identified as a holding midfielder who could shield the defence, the presence of better team-mates and higher quality coaching helped him become so much more.

The next Paul Pogba?

As he has blossomed into a well-rounded and highly regarded player, comparisons to Paul Pogba – as well as former Juventus and AS Roma star Emerson – have followed.

Each of the trio blended immense physical strength and power with excellent technique and tactical awareness, making them fine exponents of a role Brazilians call a “volante.”

Translated as “steering wheel,” players of their ilk still help to protect the backline, but also drive the team forward, able to carry the ball themselves or make the right pass to a well-placed team-mate.

Walace may still only be 21 years old but he possesses all these traits and more, earning the nickname Paizão – “Big Daddy” – from his Gremio team-mates due to his impressive leadership skills.

Yet that is clearly not what first brings so many European clubs to see him in action, scouts and coaches instead impressed by his ability to influence matches for both club and country. 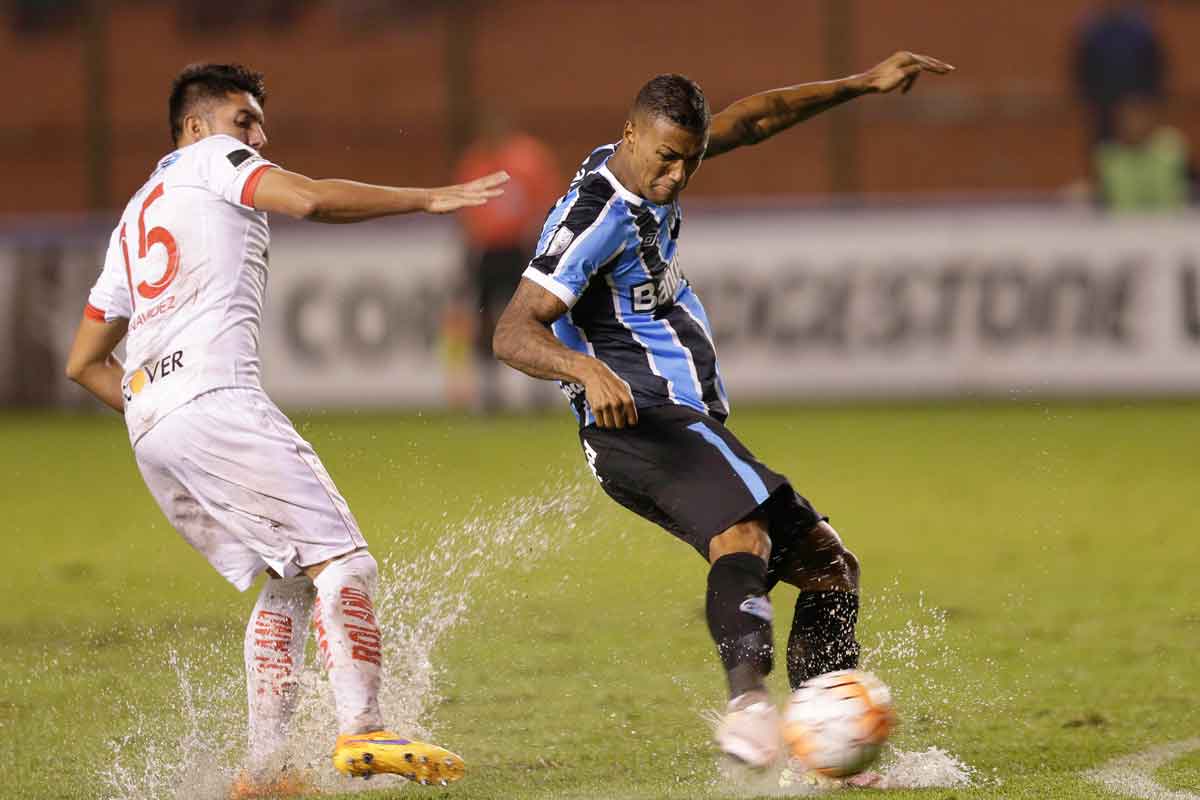 Standing at 6’2 (1.88m) he allies speed and athleticism to his obvious physicality, making him increasingly adept at winning back the ball.

Indeed, according to recent statistics, he averaged an impressive 2.4 tackles and 1.7 interceptions during the 2016 Campeonato Brasileiro.

Those figures had risen from 2 and 1.4 respectively a year earlier, while his timing had undoubtedly improved as he committed 27 fewer fouls than in the 2015 season and reduced his number of needless yellow cards as a result.

Solid enough in the air to be useful at defending set pieces, last term also saw his ability on the ball improve immeasurably.

Now confident enough to take on opponents, he often pushed the play forward after winning back possession, but his most impressive attacking attribute is undoubtedly his range of passing.

Emboldened by excellent range and superb peripheral vision, Walace has maintained almost identical passing statistics for the past two seasons.

He connected with 84.8 per cent of his 60.2 attempts per game in 2016, figures which marginally differ from his 84.9 per cent/60.6 passes per game numbers from twelve months earlier.

Playing in such a deep role, it is rare that he creates scoring opportunities, registering just two assists in his previous 58 appearances for Grêmio, often playing the pass before the pass that leads directly to a goal.

He has also netted just once himself over that same period, but continues to show a formidable appetite for trying his luck from long range with powerfully driven efforts on goal.

2016 saw him take a staggering 39 shots to score that one solitary strike, all but nine of which were off target, showing that the promising young midfielder still has plenty of room for improvement.

“I have to learn to take advantage of my height more on free kicks and be better with my long range shooting,” he noted recently, showing that he aware of those shortcomings and looking to work on them. 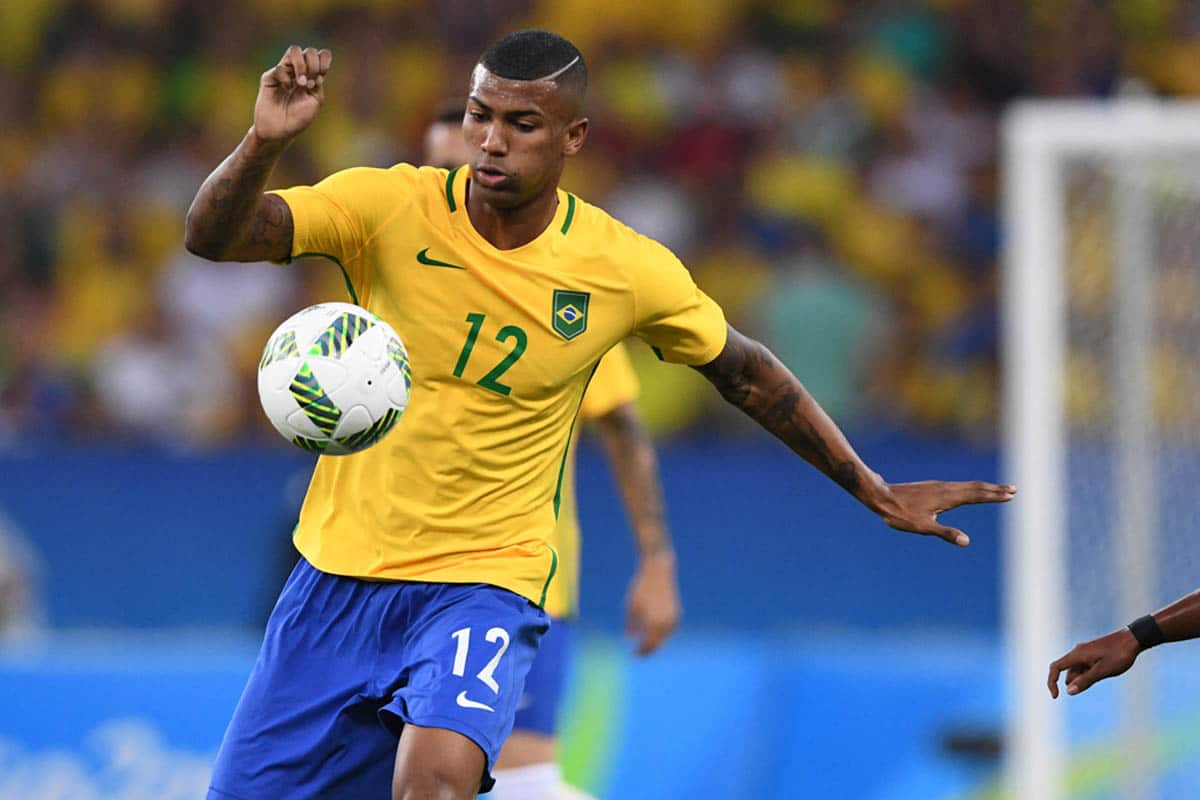 Yet he remains a prototypical modern midfielder and one who is unlikely to remain in South America for too much longer.

In the summer of 2015, Fiorentina were close to signing him and would probably have taken him to the Stadio Artemio Franchi were it not for the ineptitude of Daniele Prade.

Since replaced by Panteleo Corvino, the former Sporting Director made a number of high profile gaffs that resulted in numerous deals collapsing despite all parties wanting to see them completed.

Having helped Neymar and the national team win an Olympic Gold medal, Walace now looks even better suited to taking the next step in his career, with some bold claims emerging from the Grêmio hierarchy.

They have made it known they would not accept anything less than what Juventus received for Pogba back in the summer, with the desperate economic state of Brazilian domestic football likely to see them settle for less than a fifth of that €100million sum.

Any suitor would also be boosted by the fact he has just 18 months left on his current contract, with the European sides undoubtedly able to offer a vast increase on the salary he earns at Grêmio.

Obviously the Premier League would be the most lucrative destination, but it remains to be seen whether any of the interested clubs are willing to invest heavily in a player who has yet to leave his homeland.

Both Lazio and Benfica have a proven track record of developing South American players before they move on elsewhere in Europe and would bring Walace one step closer to following in the footsteps of so many of his compatriots.

You can watch episode three of Football Whispers TV here.