Impressing almost everyone who tunes in to watch him play for Boca Juniors, 19-year-old Rodrigo Bentancur has firmly placed himself in the sights of Europe’s top clubs. While it remains to be seen where the Uruguayan eventually lands, he is in no doubt about where he would prefer to play in the near future.

“I found out through my agent and the press, so obviously I’m greatly honoured and proud that Real Madrid are interested in me,” he said a year ago when it emerged the Spanish giants were looking to sign him. “But ever since I was a kid, the Premier League and Manchester United have most caught my eye.”

The Theatre of Dreams may lie ahead, but there is little doubt that Bentancur – who was born in Nueva Helvecia – seems primed for success at the highest level. It is a far cry from when he was rejected by Uruguayan giants Penarol at the age of 13, subsequently following his father’s advice and taking a trial with Boca.

They snapped him up immediately. Taking the bus to training every day from his grandparents’ nearby home, the youngster progressed at a rapid rate and graduated to the first-team squad by the time he was 17. He would make his debut in early 2015, scoring a goal in a 5-0 friendly win over bitter rivals River Plate shortly afterwards, with Coaches Rodolfo Arruabarrena and Guillermo Barros Schelotto placing their trust in him.

Quickly establishing himself as a regular on the left of Boca’s diamond midfield, his development was not without mistakes. A crunch clash with title rivals San Lorenzo saw his errant pass (see video below) lead to the visitors grabbing the only goal of the game, tempers flaring as players on both sides went toe-to-toe at the final whistle.

Bentancur fled, darting off down the tunnel in tears and hoping to escape the glare of the cameras and the displeasure of the fans. Arruabarrena kept faith in the youngster however, praising him to reporters and including him in the starting XI for another clash with River just a week later. The Superclasico once again brought the best from him, his impressive display crucial in helping his side to a vital 1-0 victory.

“He has everything to be among the elite players in the game. We have an obligation to help him accomplish that.” – Coach Rodolfo Arruabarrena

From there he has not looked back, helping Boca end a three year trophy drought as they lifted both the Primera Division title and the Copa Argentina, while Bentancur was named “Revelation of the Year” by Clarin newspaper.

Standing 1.85 m (6 ft 1 in) tall, Bentancur is as versatile as he is elegant, moving fluidly around the pitch and often beating opponents with his deceptive pace. His passing has improved notably since that aforementioned error, able to pick out team-mates with either foot and his range has already begun to grow. Already this term he is averaging 47.5 passes per game, connecting with 82.4% of his attempts and helping to drive the team forward and maintain the tempo whenever Boca are in possession.

While he has notched just two assists in the first 11 games of the campaign, that has been due more to the wasteful finishing of those around him, Bentancur creating 1.2 chances per outing thus far. He also boasts great technique and skill on the ball himself, rarely caught by defenders and usually able to overcome opponents who press high up against him. 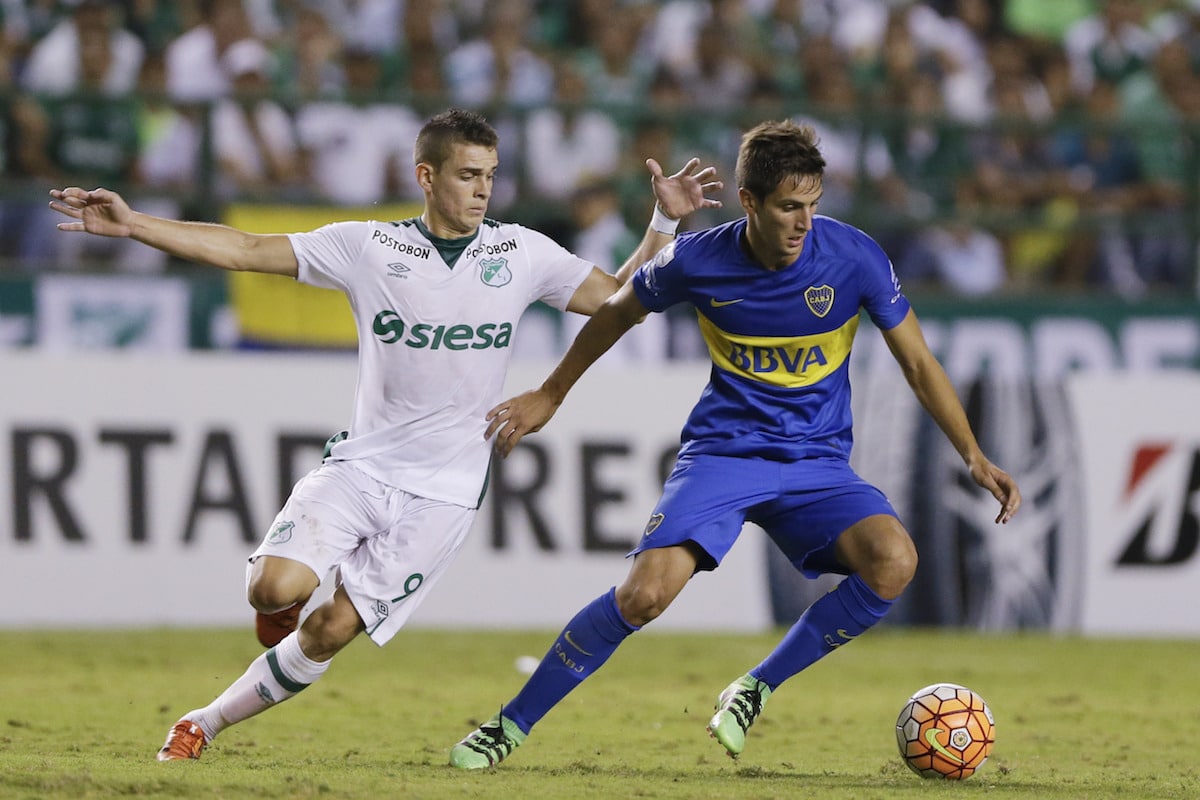 Yet over the past twelve months he has also made marked strides in the defensive phase, seemingly absorbing as much expertise as he can from the likes of Fernando Gago. Averaging a team-high 2.8 tackles per game, he has also registered 2.4 interceptions, using his ability to read the game to help him take up smart positions whenever Boca lose the ball.

It is in this aspect of his play that many observers see something special in him, noting his tactical intelligence and cool temperament, Bentancur comfortable pressing high up the field and always helping maintain the side’s shape and balance. It is here where lofty and overreaching comparisons to Andrés Iniesta and Zinedine Zidane fall flat, the player with much work to do to match their attacking prowess but also much better defensively than either of those iconic stars.

Indeed, his languid, elegant style also drew comparisons with Javier Pastore, but Bentancur is aware of how his talent has developed. “I’m not an playmaker” he said late last year. “I consider myself more of a Gago than a [Juan Roman] Riquelme, though both are idols.”

In episode three of Football Whispers TV, South American football expert Tim Vickery listed four players he could see moving from South America to Europe. He believes the “left-footed Lucho Gonzalez” could end up in Turin sooner rather than later.

Juventus’ director general Beppe Marotta – and trusted confidant Fabio Paratici – clearly recognised his talent early, securing an option to sign the player when they sold Carlos Tevez back to Boca Juniors in the summer of 2015. With two years remaining on his contract at La Bombonera, it is believed that the price has been set at around €10 million with a further €5 million in potential bonuses.

Initially it was thought that the Bianconeri would wait for the summer, but it seems they may now be pushing to complete a deal this month, perhaps to ward off other potential suitors. “It's very important that they've taken an interest in me,” Bentancur told Ole recently. “I always see Juve’s matches and they’re an incredible team. It will be a dream to go there, but for now my head is at Boca.”

He would certainly help ease some of the midfield problems that have blighted the Old Lady this term, but she is not the only one casting admiring glances at Rodrigo Bentancur.

You can watch the full episode three of Football Whispers TV here.