Chelsea must be in dreamland at the moment. Six points clear at the top of the Premier League, 12 games unbeaten and a £60million cheque burning a hole in their pocket from the sale of Oscar to the Chinese Super League.

Linked with just about every available attacking midfielder, the one that has caused the most excitement is Real Madrid’s James Rodriguez.

It puts Antonio Conte’s side in a very strong position. Unlike most, they can go big in the January window and as Sir Alex Ferguson always tried to do with Manchester United, you build your team up in a position of strength, not when trying to play catch-up.

Forging a deal that would see the Colombian switch to Stamford Bridge would see Chelsea with one of the most enviable attacks in Europe and it is a deal which could happen in January, as one of the stars of the 2014 World Cup looks to secure regular football away from Madrid.

The potential switch to the Blues was discussed on the first episode of Football Whispers TV and you can hear what our pundits, former England internationals Paul Walsh and John Salako, thought about the move by watching the below video.

Salako said: “He was the top man for Colombia in Brazil, scored some great goals, and he’d be a perfect fit for Chelsea.

“He could come in and with Oscar off to China, you’ve got Willian and Pedro there, and I think [Antonio Conte] could rotate that group.

“Rodriguez can play up front, in the hole, play wide, and I think he’s a utility player who’ll fit perfectly into that Chelsea squad.

“What they don’t want to do is get anyone who’s too big a name, I think Rodriguez has got something to prove. He’ll be motivated and if he doesn’t get into the team straight away it won't be a massive problem.”

Walsh argued James would expect an immediate starting place though while also acknowledging he had to get out of Madrid, having only made nine starts in all competitions this season. 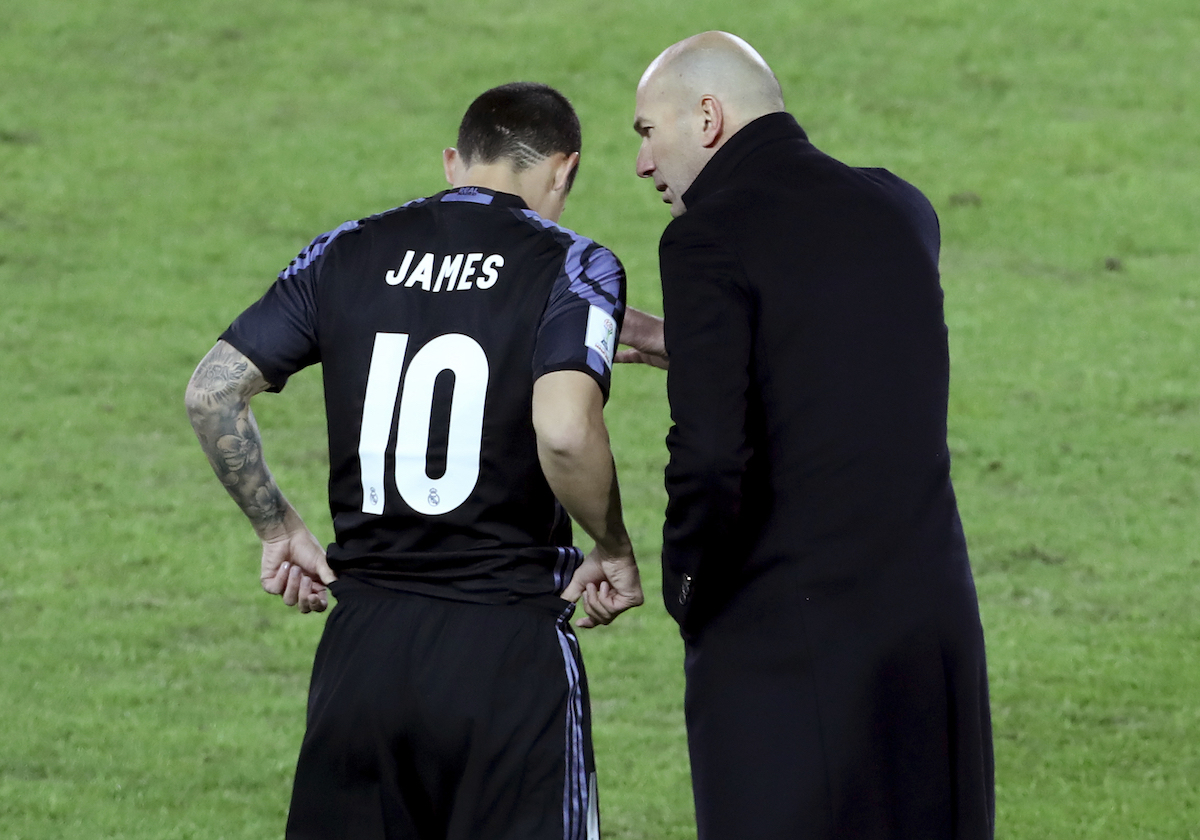 One of the worst kept secrets in European football is that James is unhappy about his lack of game time at the Santiago Bernabeu, and it’s easy to understand why.

After making the £71million move from AS Monaco in the summer of 2014, he started 29 games and contributed 13 goals and 13 assists that season.

But since the end of the 2014/15 campaign, he has started just 21 league games, although he has continued to put up impressive numbers considering his lack on minutes on the pitch. 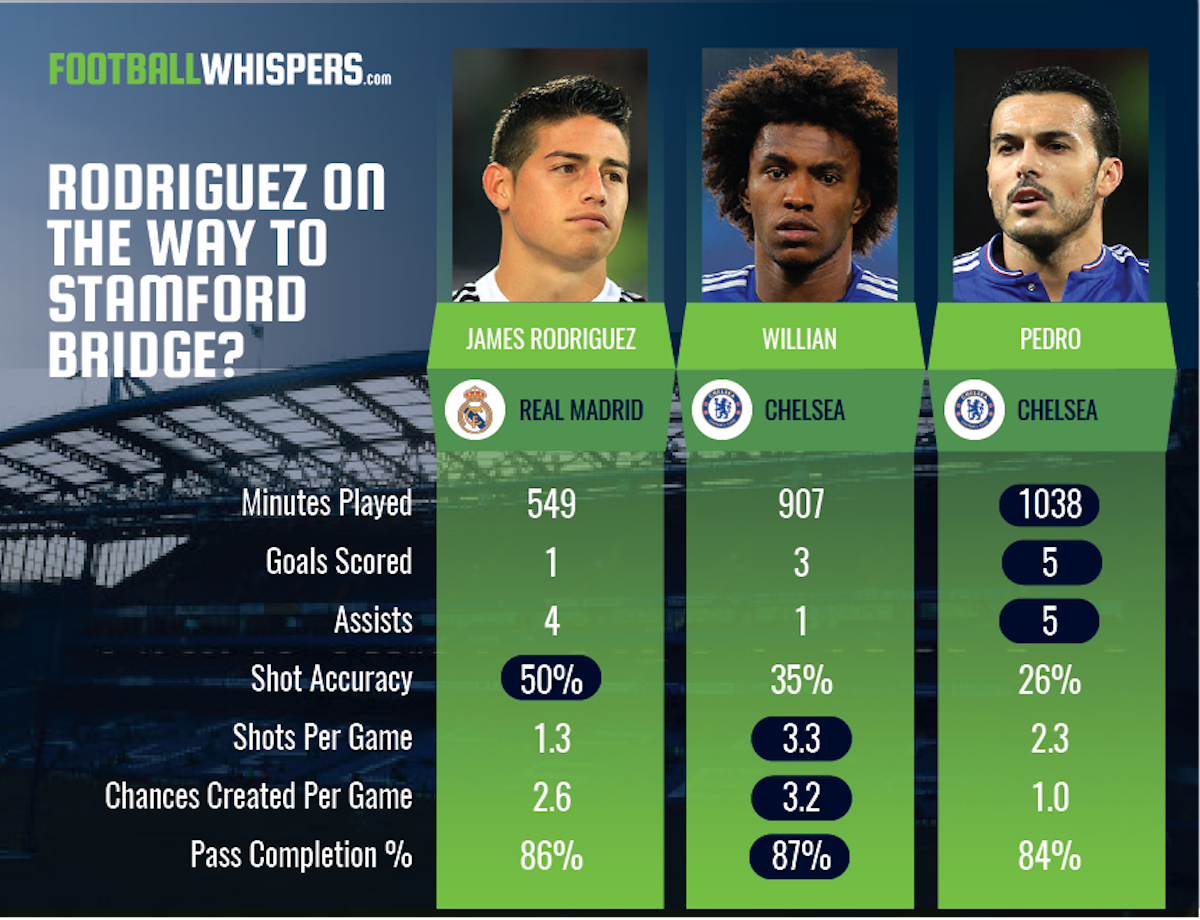 “I have some offers [from other clubs] and seven days to think about them.”

Even though he has publically announced his displeasure, something sources at the club think was planned, picking the right time to strike, that doesn’t mean Real Madrid will be eager to sell in January.

Team-mate Isco is out of contract in 2018, putting his future in a more perilous position. It seems extremely unlikely they could afford both to leave without the team suffering. 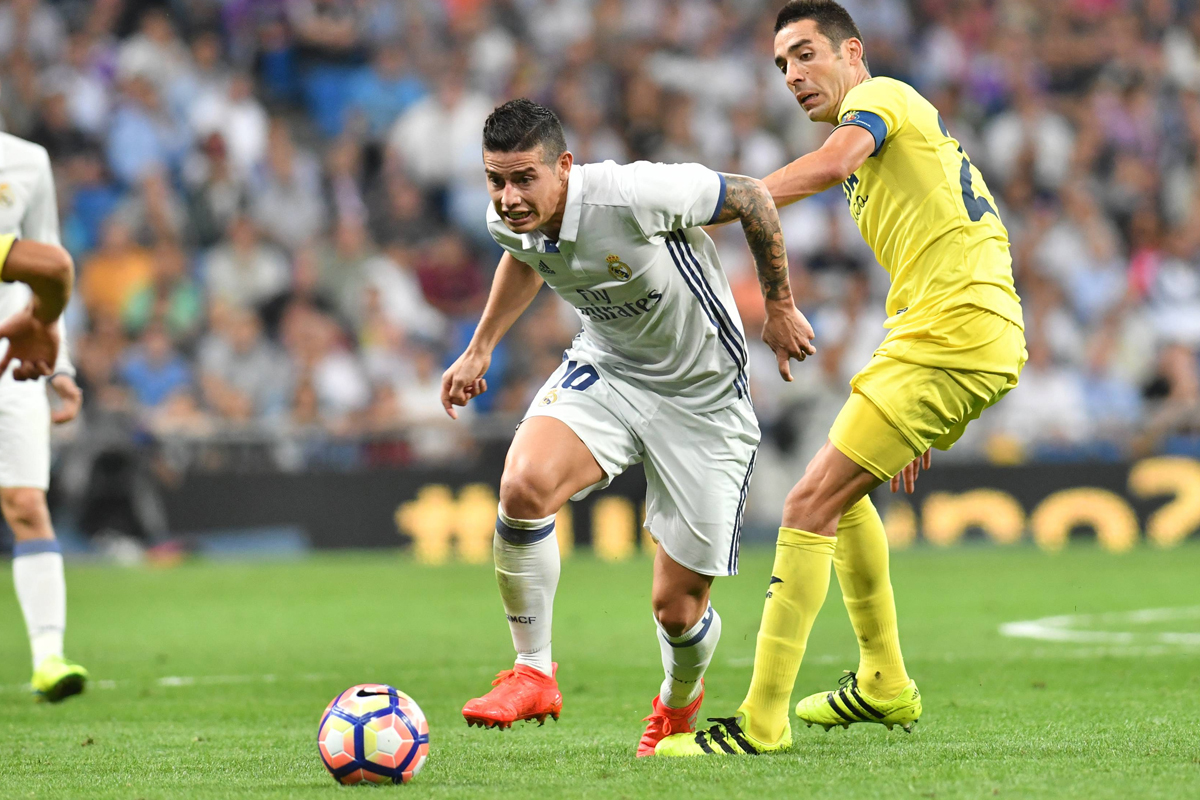 There’s no reason they would want to make a loss on the midfielder, so Chelsea may need to put some more money behind their Oscar windfall to make it happen.

James reportedly earns around £120,000, matching that would take him above N’Golo Kante and Willian and on par with summer signing David Luiz. With Cesc Fabregas also a rumoured departure, losing his £156,000-a-week wage would allow the Blues to offer James a pay increase without having a negative impact on the wage bill – although Fabregas has played a bigger part for the Blues of late.

Negotiations shouldn’t be a problem as the Colombian is represented by the same agency as Diego Costa, Radamel Falcao and former Chelsea centre-back Ricardo Carvalho, headed by super-agent, Jorge Mendes.

“He's a top player. He can play anywhere,” Mendes told Sky Italia, while also insisting that his client could still be a success at Real.

“He doesn't have to prove anything. He's a player who has done well. Now, he has to recover to convince Zidane.”

Playing in Conte’s 3-4-3, James would be able to fit well into the free-flowing attack, lining up on either flank, and could arguably play in the false nine role occupied by Hazard against Bournemouth – not to mention in the hole behind the striker should the Blues boss change the system.

He may not displace Pedro, or the sensational Eden Hazard from the first game, but it would give the Italian boss another option and flexibility to rotate and ask different questions of the defence.

Against Getafe James was playing on the left and when Ronaldo made the run through the centre, dragging two defenders with him, as you can see below, James (yellow) cuts in off the flank and is left completely unmarked. 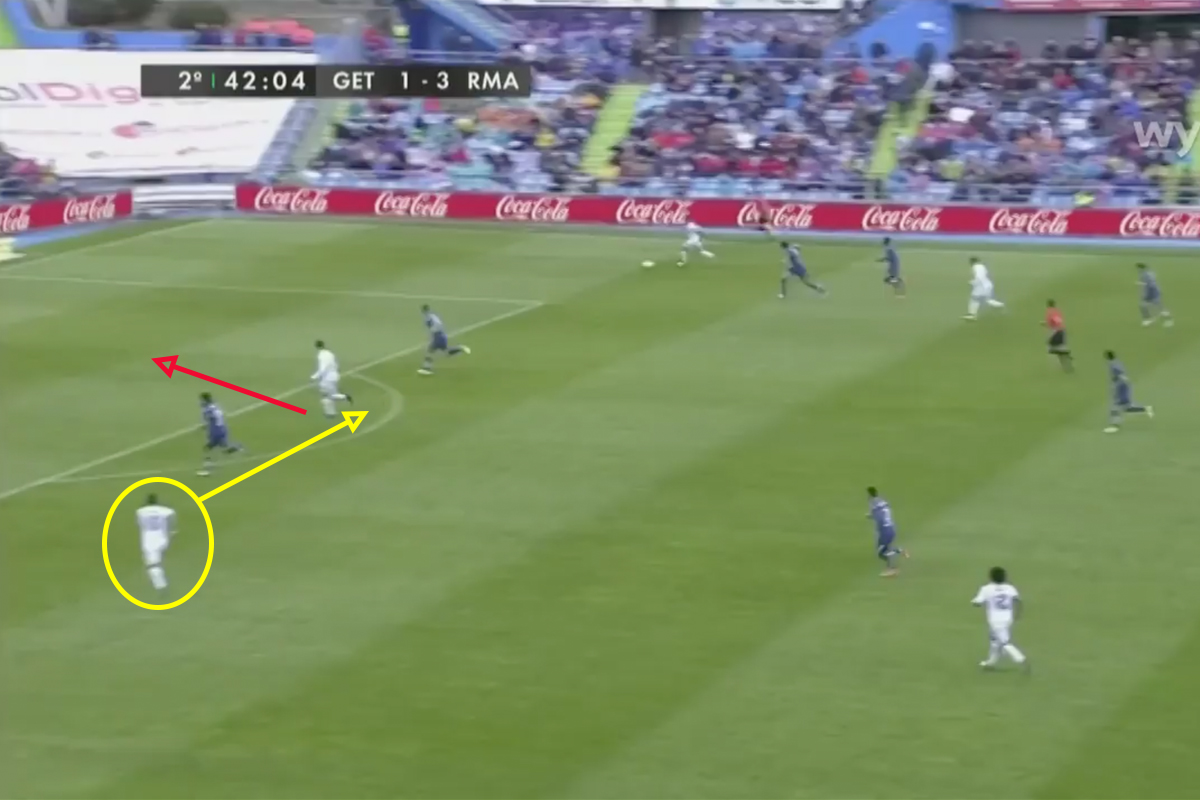 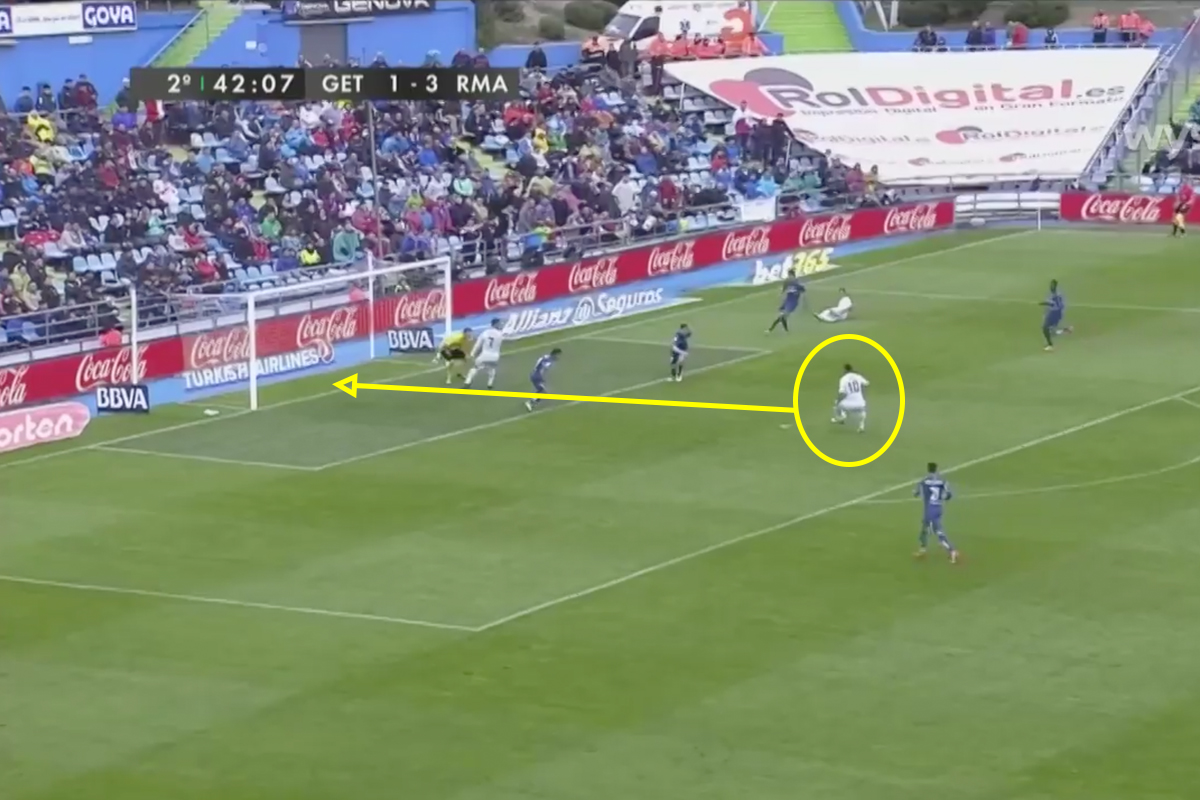 He has time to control the ball, shift it on to his right foot and score. With the form that Diego Costa and Hazard are in this season, he would have the same opportunities to find pockets of space when the Spanish international is occupying the back four.

At Monaco, playing under Claudio Ranieri, James was transformed from a wide player, more comfortable on the right-flank, to an all-encompassing No.10. Now, for Real, he combines all those elements together and has even played deeper in the midfield.

With Kante and Nenmanja Matic in form, James would probably be signed to play in the attack. He is a player who is able to create chances with both feet, making him a constant menace to defenders.

In the graphic below, it shows his awareness and ability to play on either flank. Luca Modric passes the ball to the right, James, who has been constantly looking over both shoulders, trying to find pockets of space, makes his move and pushes into the gap. 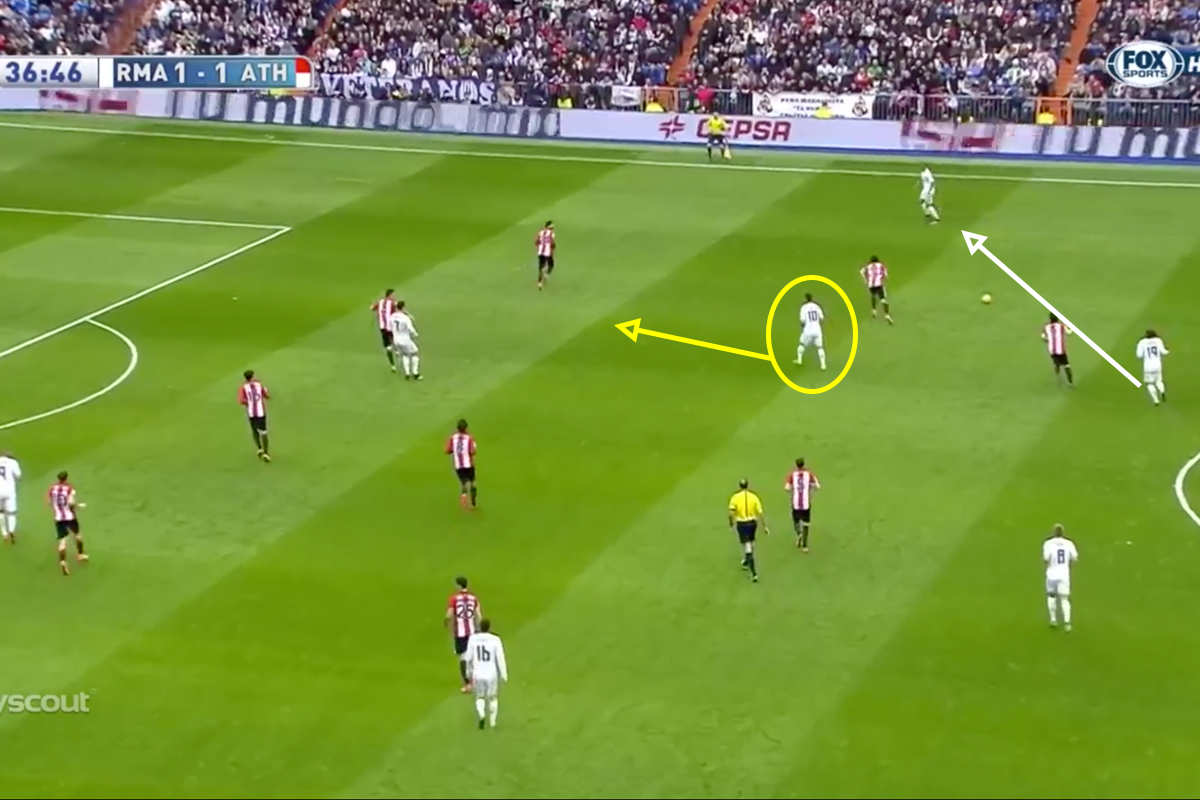 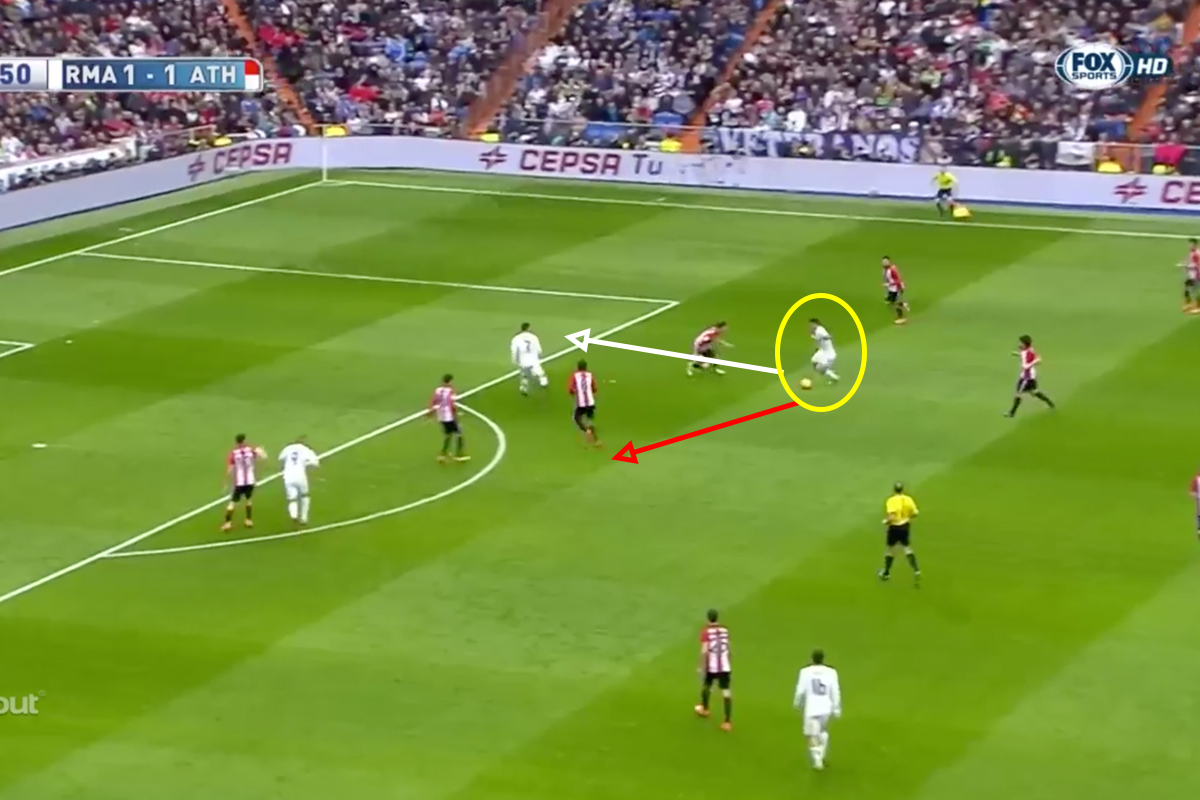 When he picks up the ball, he has space and options. Ronaldo’s run, similar to what Eden Hazard would do, has attracted two defenders, James could slip the ball inside, but he uses that decoy to cut inside on to his right-foot. By the time the centre-back reacts, he has smashed the ball into the far corner.

James is a threat from all over the pitch and would add a whole new dimension to the Chelsea attack. Considering how dynamic the Blues' front three have been already this season, the arrival of Rodriguez That in itself is quite a scary prospect.

You can watch the first episode of Football Whispers TV in full by clicking here, where Liverpool's goalkeeping situation, Morgan Schneiderlin's future and a host of other topics are discussed.