A key cog in (officially) the most productive and thrilling attack in Premier League history, Manchester City winger Leroy Sané is the Football Whispers 2017/18 Young player of the Year.

Unlike the PFA version of the award, which allows for players aged up to 24 to be considered, we've limited our Young Player of the Year contenders to those aged 22 or younger.

This eliminated the likes of Harry Kane, Raheem Sterling and Ederson, who were all shortlisted for the PFA gong.

As such, there was only really one man in the running. The form Sané has produced this season, his second campaign with City following a £37million move from Schalke in the summer of 2016, has been nothing short of scintillating. 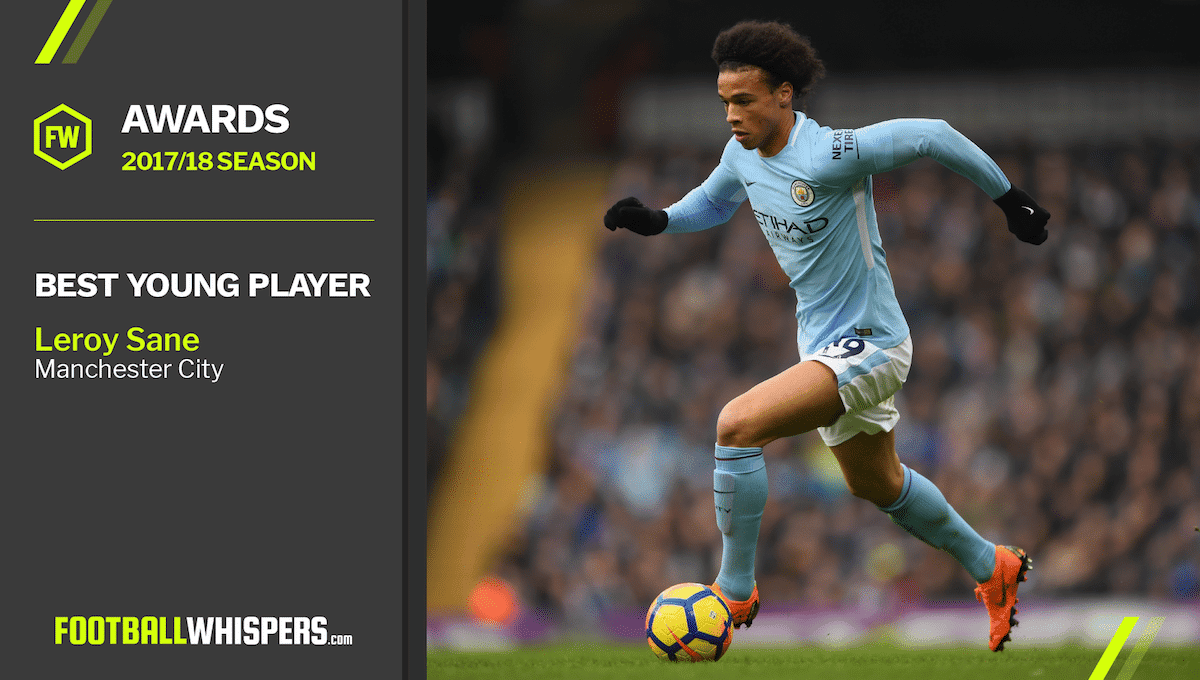 The Germany international was only pipped to being the Premier League assists king on the final day of the season by team-mate Kevin De Bruyne, whose stoppage-time set-up for Gabriel Jesus took his tally to 16, one ahead of Sané.

Despite spending much of his early career in Germany as a right winger, cutting inside on to his stronger left foot and threatening goal from central areas, Sané has adapted beautifully to a role on the left flank under the tutelage of Pep Guardiola.

Now, rather than seek scoring opportunities himself – although that remains a feature of his game, having netted ten league goals this term – Sané's primary remit is that of a creator.

Employing his searing pace, acutely accurate dribbling ability and precise left foot to devastating effect, Sané has been the most prolific conjuror of scoring opportunities from wide positions in the Premier League this season. 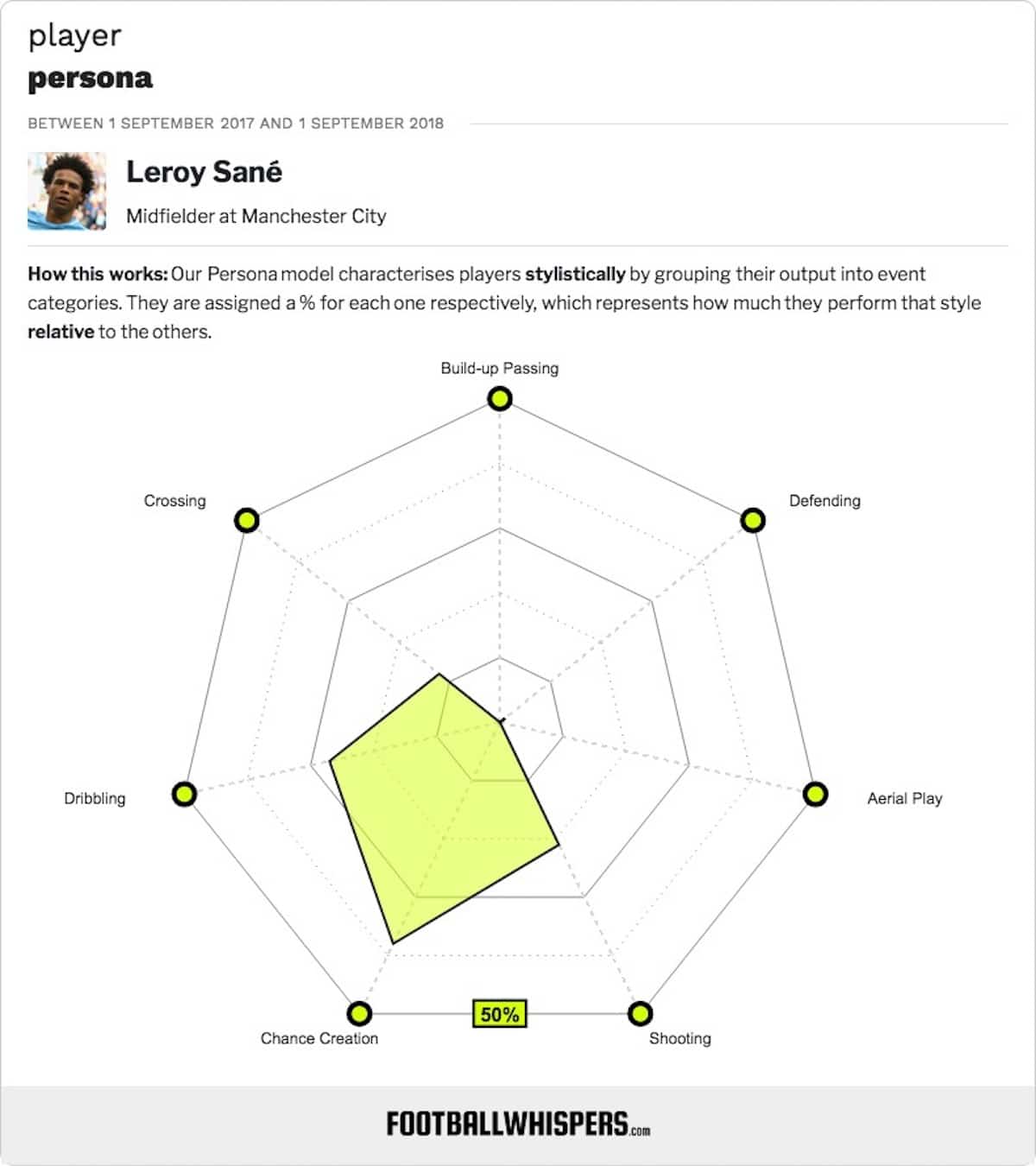 Sané tops the chart when it comes to accurate pull-backs (seven), ranks sixth overall for expected goals assisted per 90 (xA90, 0.3), sixth for big chances created per 90 (0.52), seventh for touches inside the opposition box per 90 (7.43), and is one of only five players to reach double-figure returns for both goals and assists in the league.

And the above Football Whispers Player Persona diagram perfectly depicts the stylistic traits that have made Sané so successful in the City line-up this season, melding creativity with goal threat and unpredictably to bamboozle defences on a regular basis.

The only player able to take a vote from Sané in the running for the Football Whispers Young Player of the Year award was team-mate Jesus, who rotated with Sergio Agüero in line-leading duty for the City, hitting 13 goals and three assists from just nine starts.

The Brazilian is also set to keep Liverpool striker Roberto Firmino out of the starting line-up for his nation at this summer's World Cup, evidence of just what a special talent City have one their hands in the 21-year-old signed from Palmeiras last season.

Sané, too, will partially carry the hopes of his country into the World Cup as Germany look to defend the crown they won in Brazil four years ago.

He may not be as assured of a leading role as Jesus, due to the strength in depth Joachim Löw's side boast in wide areas – with fit-again Marco Reus likely to start on the left side of Die Mannschaft‘s attack – but Sané will be a deadly ace in the hole for Germany.

At club level, with City's dominance unlikely to ease up any time soon, Sané is perfectly positioned to continue his rapid development. Already one of the Premier League's brightest stars, full-backs around the country may yet have a decade or more of traumatising afternoons in store at the hands of the dynamic 22-year-old.

Find out who we voted Manager of the Year