He doesn't start every week – he's started less than half of Liverpool‘s Premier League games this season, in fact – and he rarely catches the eye in the same way many of his team-mates do, but no one around Anfield would underestimate the importance of James Milner to the Reds' success this term.

The 32-year-old midfielder has too often been the butt of jokes in recent seasons, with suggestions he has been the odd man out, first at Manchester City and then Liverpool, when compared to colleagues whose value is perhaps more striking.

But there's a reason he's played for major clubs like City and Liverpool, and Newcastle United, Aston Villa and Leeds United before that, and won more than 60 international caps, taking part in two World Cups and owning two Premier League winners' medals.

Maybe the reason Milner has remained so desperately underrated stems from the fact he broke through at Leeds as a dynamic young attacker, becoming the Premier League's youngest-ever scorer when netting his first goal as a 16-year-old. Bracketed alongside Wayne Rooney, who'd emerged shortly before that time, any hopes that the Yorkshireman would develop similarly to the Everton youngster were misguided. 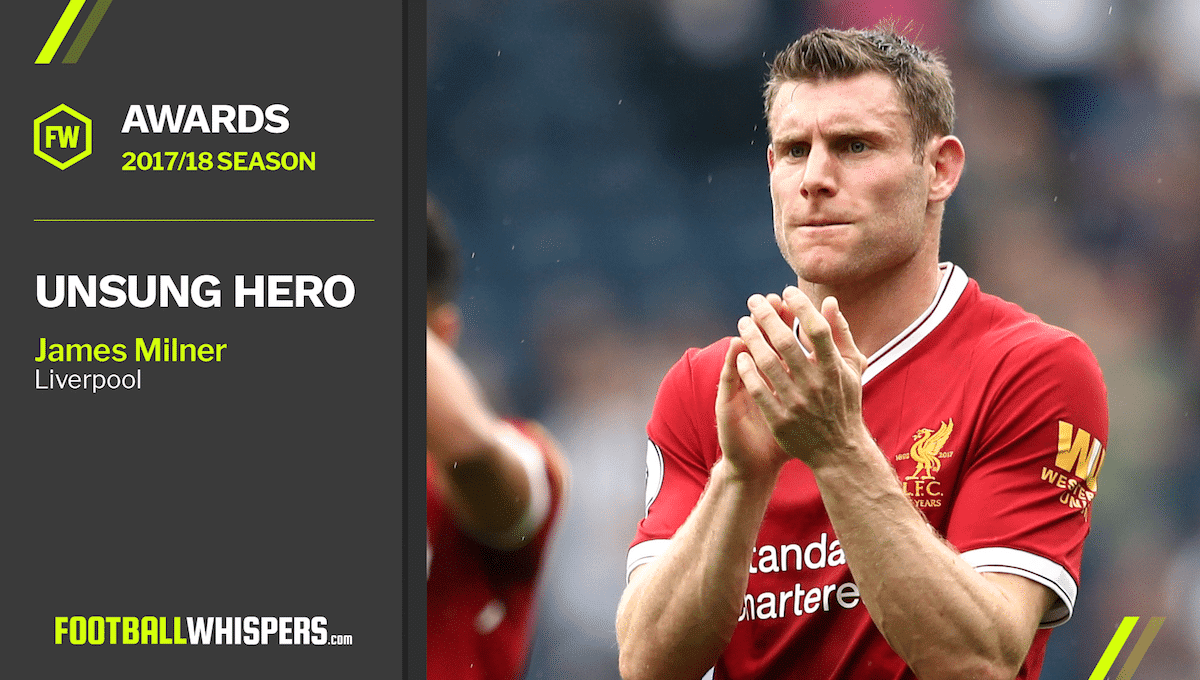 What he did go on to become, however, is an incredibly durable, consistent and versatile midfielder player – and even full-back, when the occasion has demanded. Granted, these aren't the sexiest terms with which to describe a footballer's key attributes, but they are traits invaluable in a team sport.

Milner's reliability has been key to Liverpool's second consecutive top-four finish this season, and even more crucial to their run to the final of the Champions League. Industrious and disciplined, the former England international has been trusted to fill gaps in Jürgen Klopp's midfield, carrying out a tactical job which utilises perfectly his endeavour without the ball and his technical quality with it.

What's more, in a side which boasts such creative talents and the magnificent front three of Roberto Firmino, Sadio Mané and the irrepressible Mohamed Salah, Milner has not only produced more Champions League assists (eight) this season than any of his team-mates, he also has more than any other player in the competition, chipping in with an additional three in the Premier League, too. 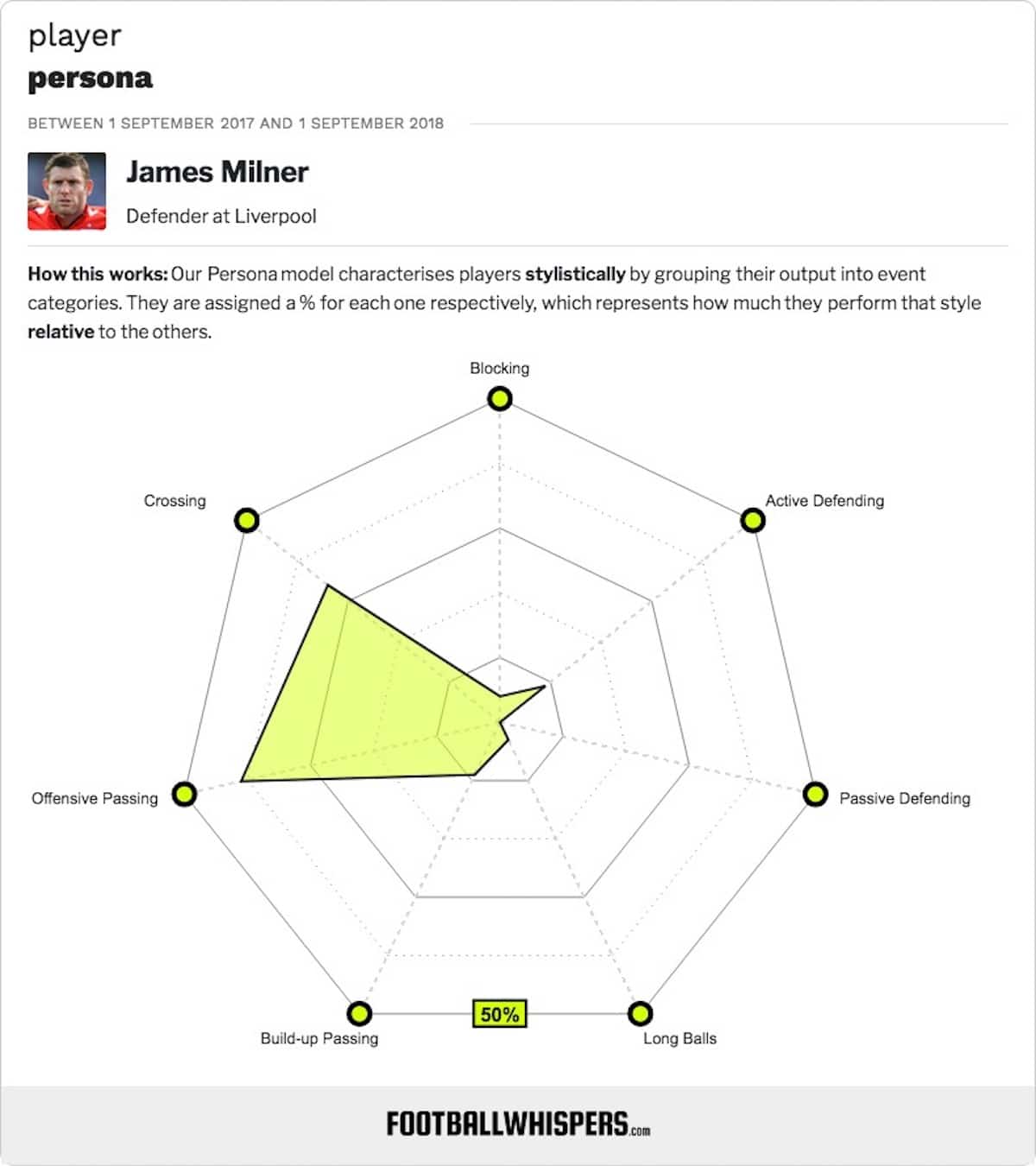 It seems Klopp values everything Milner offers in the Champions League especially, starting the 32-year-old in eight of the Reds' 12 fixtures in Europe's premier club competition this term, bringing him on from the bench in two further games.

Although his starting berth in the final against Real Madrid is far from guaranteed, competing for a place with the likes of Georginio Wijnaldum, Emre Can and Alex Oxlade-Chamberlain, if Klopp wants a trustworthy lieutenant to effectively marshal Luka Modrić and Toni Kroos, don't be surprised to see Milner line up.

For all these qualities, Milner was the standout candidate to be named the Football Whispers 2017/18 Unsung Hero of the Year, but there were other players operating under the radar also worthy of recognition.

The role Fernandinho has placed for Manchester City this season, manning the base of the arguably the most dominant midfield the Premier League has ever seem, should not go under-appreciated as praise is lavished on the likes of Kevin De Bruyne and Leroy Sané.

Pascal Groß' seven goals and eight assists have played a major part in ensuring Brighton & Hove Albion‘s top-flight safety this term, and Ashley Young, at the ripe old age of 32, has reinvented himself as a dependable left-back for Manchester United, sufficiently impressing to earn a place in Gareth Southgate's World Cup squad.

Milner, having retired from international duty in 2016, won't be at the World Cup. And, in truth, few will curse his absence. But any squad is better for the presence of a player like Milner, a fact not lost on Klopp.

“I have nothing bad to say about any of my players, but he is certainly in the top five,” the German said in 2016.

“I have been very lucky to surround myself with great professionals, but Milly is 100 per cent in the top five. Yes, he is the perfect professional.”

Find out who we voted Young Player of the Year