He may have been edged out by Liverpool's Mohamed Salah in the running for the PFA Players' Player of the Year and FWA Footballer of the Year awards, but Kevin De Bruyne will be able to content himself with his part in one of the most dominant domestic seasons in English football history.

Pep Guardiola's men romped to Premier League glory, the title effectively theirs long before mathematically wrapped it up with four games to spare. And De Bruyne was the star of the show.

Whether it was his ability to pop up with clutch goals – like his stunning strike to see off former club Chelsea at Stamford Bridge – or acting as the architect of City's possession dominance on a weekly basis, no player in sky blue can claim to have contributed more to the Etihad side's remarkable season than the former Wolfsburg maestro. 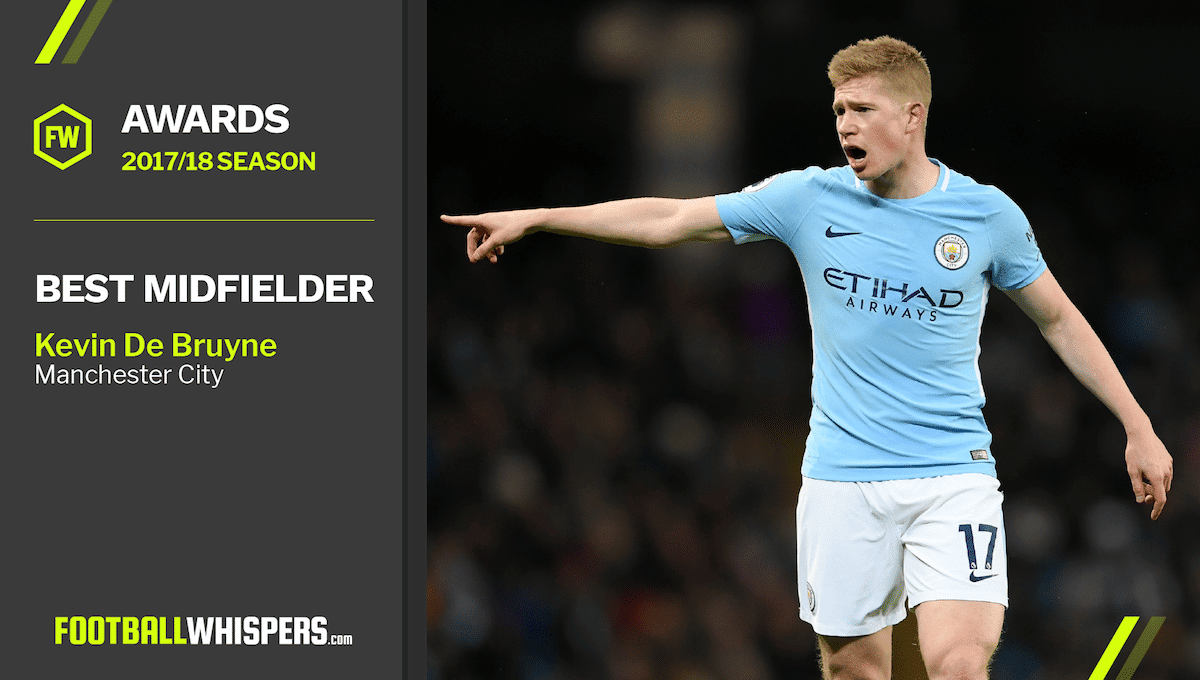 And many didn't believe De Bruyne was capable of thriving in his current role. Though widely regarded as one of the Premier League's finest players, he was more accustomed to a position wide on the right or as a conventional No.10. Guardiola's decision to play him and David Silva in a three-man midfield would see City outmuscled and overrun, so the line of thinking ran.

There are no such dissenters any more; De Bruyne has shown he can be even more of a threat to the opposition from a deeper starting role, conducting play and carving openings through his intelligent understanding of space, sharp vision and flawless technique.

The only player able to steal a vote from De Bruyne in the ballot for the Football Whispers Midfielder of the Year was Tottenham Hotspur‘s own creative wizard, Christian Eriksen.

Although Spurs finished some way off the pace in terms of the title race, a full 23 points behind City in third, Eriksen has enjoyed a season worthy of recognition, one of only five players to hit double figures for both goals (ten) and assists (ten).

The Dane also saved his best for the big occasions, putting in stellar displays in wins over Real Madrid and Manchester United. 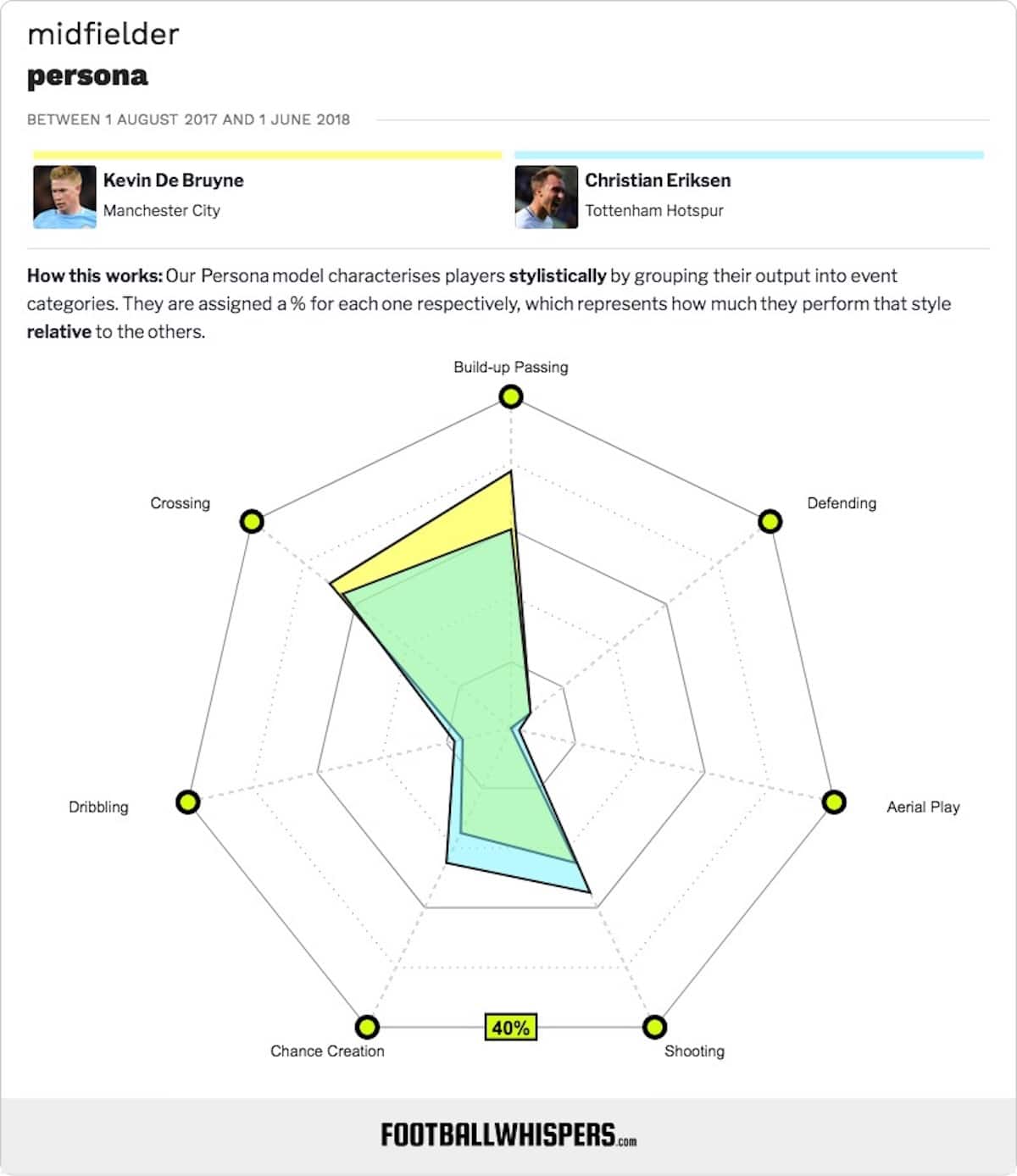 And the above Football Whispers Player Persona graphic details just how much Eriksen and De Bruyne have in common stylistically.

Indeed, Guardiola believes De Bruyne deserved to win the accolades handed to Salah, recognising just how vital the Belgian has been to his side's achievements this term.

“If he doesn’t win,” the Catalan tactician said, “congratulations to the guy who is going to win, but from my point of view when you are analysing [the last] nine or ten months, there was no player better than him, in terms of the continuity, in terms of being there every three days of all competitions.

“I am sorry, maybe in numbers there are guys better than him, but no [there is no better] player in this season. For me he was the best, but it is my opinion but the opinions of the players could be different.”

In addition to his 16 assists, including setting up Gabriel Jesus for the stoppage-time winner against Southampton that meant City finished the season with 100 points, De Bruyne's creative mastery is evidenced by the fact that he leads the Premier League this season when it comes to expected goals assisted (xA) – a metric which applies historical data to measure the quality of every chance created – with 13.12, while no other player mustered an xA above ten.

He also created the most big chances (19) in the league this season, and ranked fourth among Premier League midfielders for total accurate passes (3083).

It's been quite a year for City, and with De Bruyne pulling the strings in midfield, don't bet on their dominance being disrupted any time soon.

Find out who we voted Forward of the Year