Having waltzed to the Premier League title, setting new records for points, wins, goals scored and goal difference along the way, not to mention redefining what constitutes ‘good' football in England, it was always going to take something special to prevent Manchester City boss Pep Guardiola from being named Manager of the Year.

But that's exactly was Sean Dyche has produced with unfancied Burnley, guiding the Turf Moor club, who were tipped to battle relegation pre-season, to an incredible seventh-place finish and Europa League qualification.

The gravel-voiced, burly former centre-half may lack the continental flair of some of his contemporaries, and might epouse a brand of football less easy on the eye than those whose transfer budgets dwarf his own, but no one can question the effectiveness of Dyche.

Before the campaign began in earnest it seemed as though Dyche had an uphill battle on his hands. The Clarets, who had finished 16th in 2016/17 following their promotion back to the top flight, lost star players Micheal Keane (to Everton for £25million) and Andre Gray (to Watford for £18.5million). 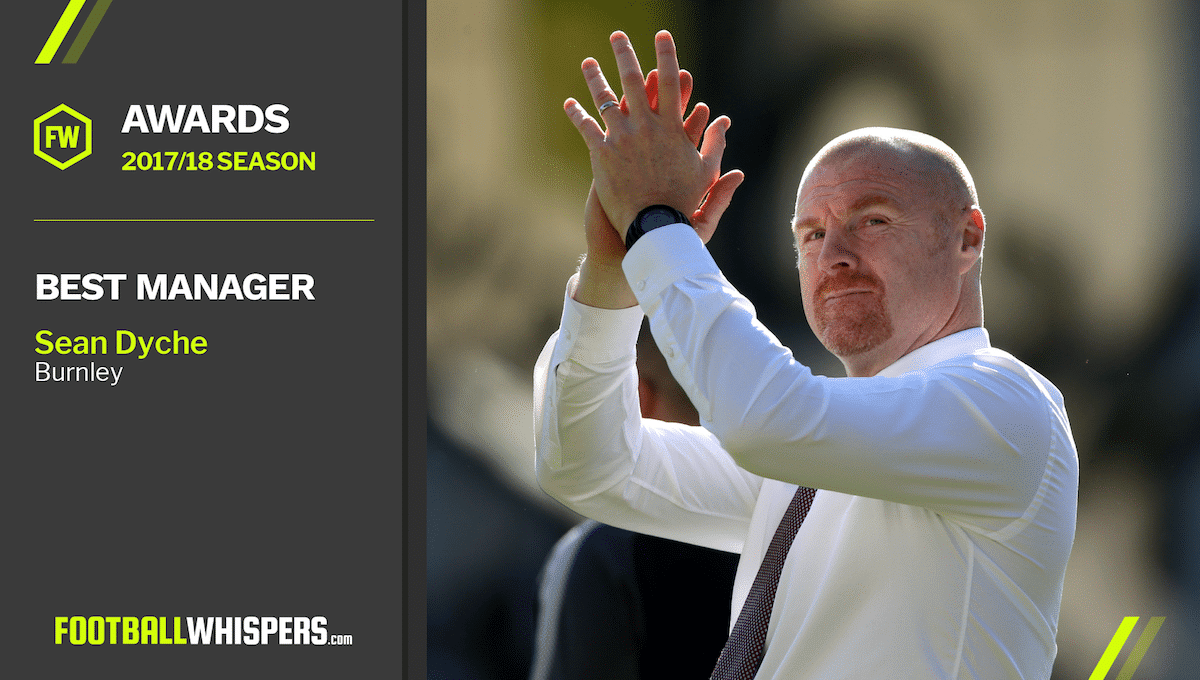 Replacements were sought but Burnley's transfer dealings for the season still left them in profit, ranking 17th in the Premier League for net expenditure.

Yet still Burnley managed to mix it with the big boys, even threatening to displace Arsenal from the top six for a time.

And they've done so in a way that has confounded many analysts. The modern methods of quantifying the game, such as expected goals for and against, and even more basic metrics like shots conceded and possession, suggest Burnley should have been fighting for survival, not threatening to upset the established elite.

This, it seems, is largely down to the defensive methods employed by Dyche, instructing his side to protect their goal in a way that focusses on forcing opponents to shoot from inferior positions with as many Claret shirts between ball and goal as possible, rather than aiming to prevent opportunities altogether.

Then, when they attack, Burnley are direct and clinical, caring little for intricate build-up and a steady accumulation of chances. They get the ball forward quickly and make the most of the few scoring openings that fall their way, often winning by a one-goal margin. 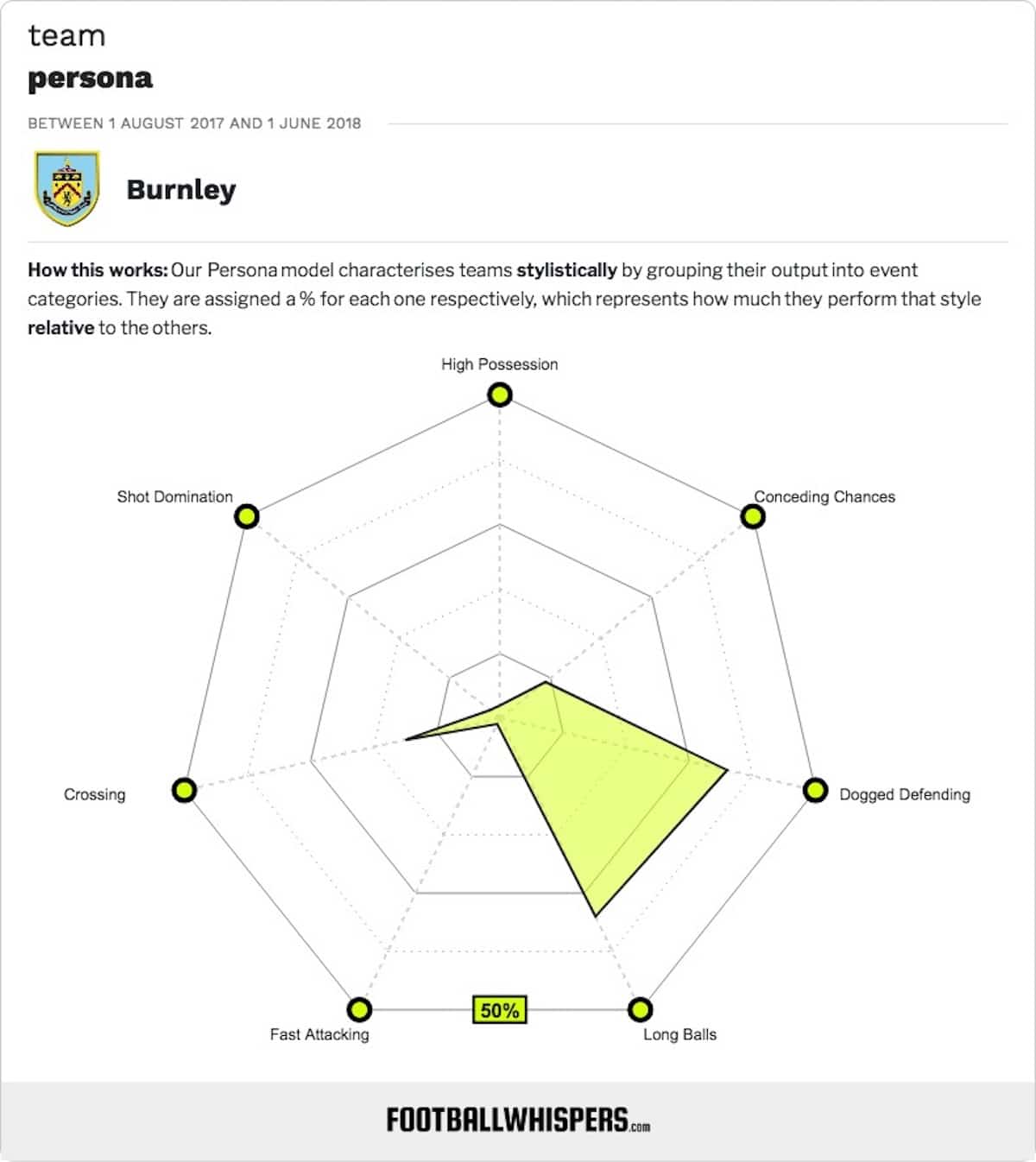 These stylistic traits are perfectly illustrated by the above Football Whispers Team Persona diagram, which highlights Burnley's ability to defend doggedly and utilise long balls to attack swiftly.

Guardiola ran Dyche close in the voting for the Football Whispers 2017/18 Manager of the Year and, in truth, both men produced campaigns worthy of recognition.

In fact, Dyche and Guardiola would likely recognise few similarities in each other's respective job, with one having to punch above his weight on a shoestring budget through grit and functionality and the other tasked with coaxing beautiful dominance from a plethora of world-class charges.

For the style and panache with which City have sauntered to a domestic double, accumulating a staggering 100 Premier League points in the process, Guardiola will not want for plaudits and accolades this year.

And City will likely dominate England's top division as long as Guardiola is at the helm and the club's owners are minded to back him with a transfer budget in accordance with his reputation and pedigree.

But Dyche's work has been equally impressive, if not more so, and that's why he's our Manager of the Year.

Find out who we voted Full-Back of the Year