For all the wealth of talent the Premier League is able to boast, there aren't too many players within England's top flight who can make a genuine claim to be the very best in the world in their position.

Harry Kane is in the conversation for the best No.9, Kevin De Bruyne is among the best playmakers, and Mohamed Salah has carved out such a niche role at Liverpool that any comparisons are difficult.

When it comes to who should be considered the finest goalkeeper on the planet, however, most are in agreement: it's David de Gea.

In the closing stages of his seventh season between the Old Trafford sticks, with only an FA Cup final remaining, the Spain No.1 was voted Manchester United‘s Player of the Year for the fourth time, more than any other player since the award was introduced 30 years ago.

Now, that says as much about United's current plight, so underwhelming in every other department that their goalkeeper is over employed too often, as it does about the players himself, but De Gea's form this season has been typically extraordinary. 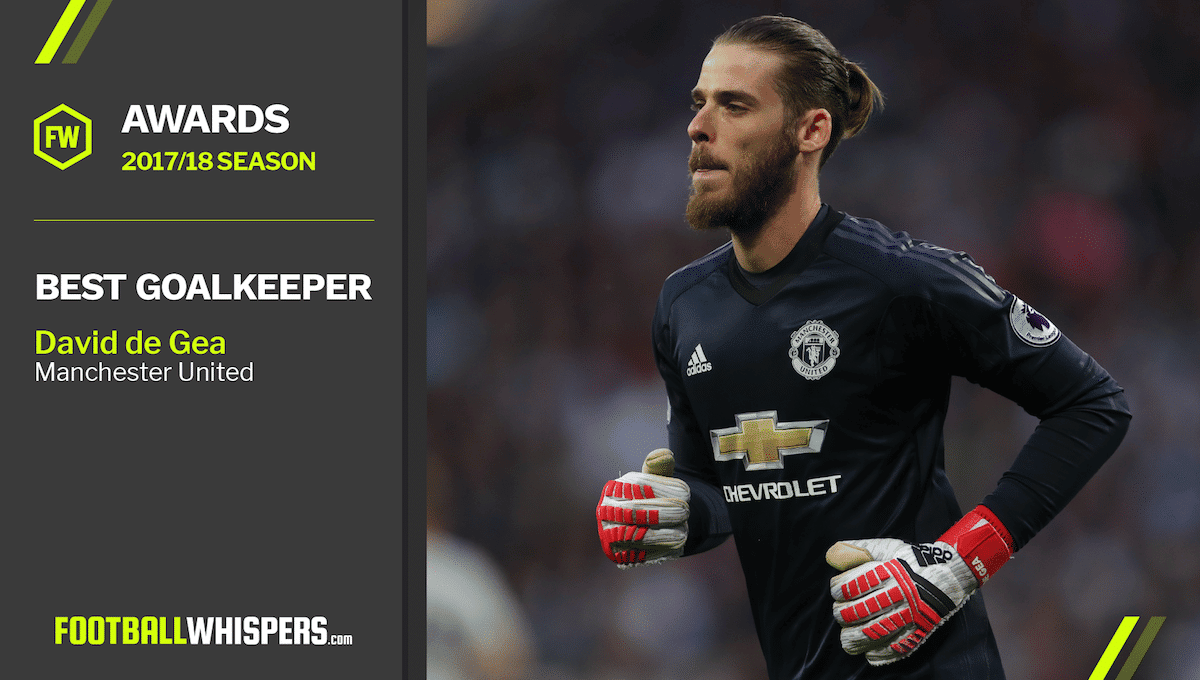 There is a debate bubbling up over which attributes, in a modern game of high lines and high pressing, is most valuable within a keeper; is passing ability now more precious than a command of the penalty are? Is alertness to sweeping up matters outside the box preferable to one-on-one prowess?

Whichever way you slice it, though, a goalkeeper's primary function is to keep the ball out of their net. And in those simple terms, there is no one better than De Gea.

Once again this season, De Gea has produced a highlight reel of frankly ridiculous reaction saves that would be the envy of any custodian throughout football history, a collection of reflex actions most No.1s would consider a full career's work, let alone a single campaign's.

The stats bear out the United keeper's efficacy, too. Using the post-shot xG (xG2) model, which measures the quality of every shot on target, taking into account location of the shooter and which part of the goal is aimed for, we can measure a goalkeeper's shot-stopping value.

To do this, we compare the xG2 a team concedes – i.e. how many goals they should have conceded, based on the chance quality they faced – with the number of goals they actually allowed. The difference between the two numbers effectively tells us how many goals the goalkeeper prevented.

United conceded just 28 goals in the Premier League this season, giving them, on paper, the division's second-best defence.

However, in the 37 games De Gea started, they conceded an xG2 total of 39.61, meaning the Spain international prevented 11.61 additional goals being shipped.

De Gea ran away with the voting for the Football Whispers 2017/18 Goalkeeper of the Year award, with Burnley's Nick Pope the only man able to take a vote from the United star.

Pope has been one of the surprise stars of the season, performing wonderfully for over-achieving Burnley, only getting his chance thanks to an injury to regular No.1 Tom Heaton.

As explored in a recent episode of Three-Minute Myths (above), the Clarets keeper has made an excellent case to be considered England's first-choice between the posts at this summer's World Cup.

There is no doubt over who will be Spain's No.1 in Russia, just as De Gea's position at United is assured long term – as long as they can keep batting away the advances of Real Madrid.

He arrived from Atlético Madrid as a scrawny, error-prone 20-year-old in the summer of 2011, for a then-British-record £18.9million, and was quickly written off as a flop, but no one questions De Gea's credentials anymore.

Find out who was voted Football Whispers Defender of the Year