There are only a few points between these sides. Will that gap come closer at the full time whistle? Find out with our Future vs El Geish match preview with free tips, predictions and odds mentioned along the way.

El Geish have been the most in-form team in the league recently; they've won three of their last four games, and have no losses in their last 15 games across all competitions. It's worth noting that El Geish won eight of those 15 games, with seven of those games ending in stalemates. In fact, El Geish played 10 road games so far, and five of those games ended in draws. Like El Geish, Future have not lost a lot of games recently; they are unbeaten in their last five games, with just one loss in their last nine games. These are two teams that don't lose often; that's why we believe both teams will extend their respective unbeaten runs today.

There is very little between these two sides in the league table right now and this match could go a long way to determining which of Future and El Geish finish higher – albeit there are still plenty of other games to play. For now though, all the focus is on this game.

Future have had a good run of form the past couple of months; they have six wins in their last nine games, with two draws and a loss. It's important to note that Future are unbeaten in their last five games; they'll hope to maintain that run against an in-form El Geish side.

El Geish have been a difficult team to beat; they have no losses in their last 15 games across all competitions, with eight wins and seven draws. El Geish will visit the 30 June Stadium on Monday; they'll look to extend their unbeaten run to 16 games.

A quickfire FAQ on Future vs El Geish 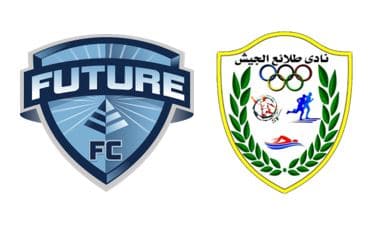