What with the Women's World Cup, Copa América, African Cup of Nations, Gold Cup Nations League and Under-20 World Cup, it's easy to forget there's another international tournament taking place this summer: the Under-21 European Championships, which begin in Italy on Sunday.

Germany are the holders after victory in 2017 while hosts Italy are five-time winners. No nation has been victorious more often and the Azzurrini will again be among the favourites based on the depth of talent in their squad this time.

Ahead of the big kick-off, which sees Poland face Belgium and Italy tackle Spain, we've taken a closer look at ten of the young stars who could light up the Championships. 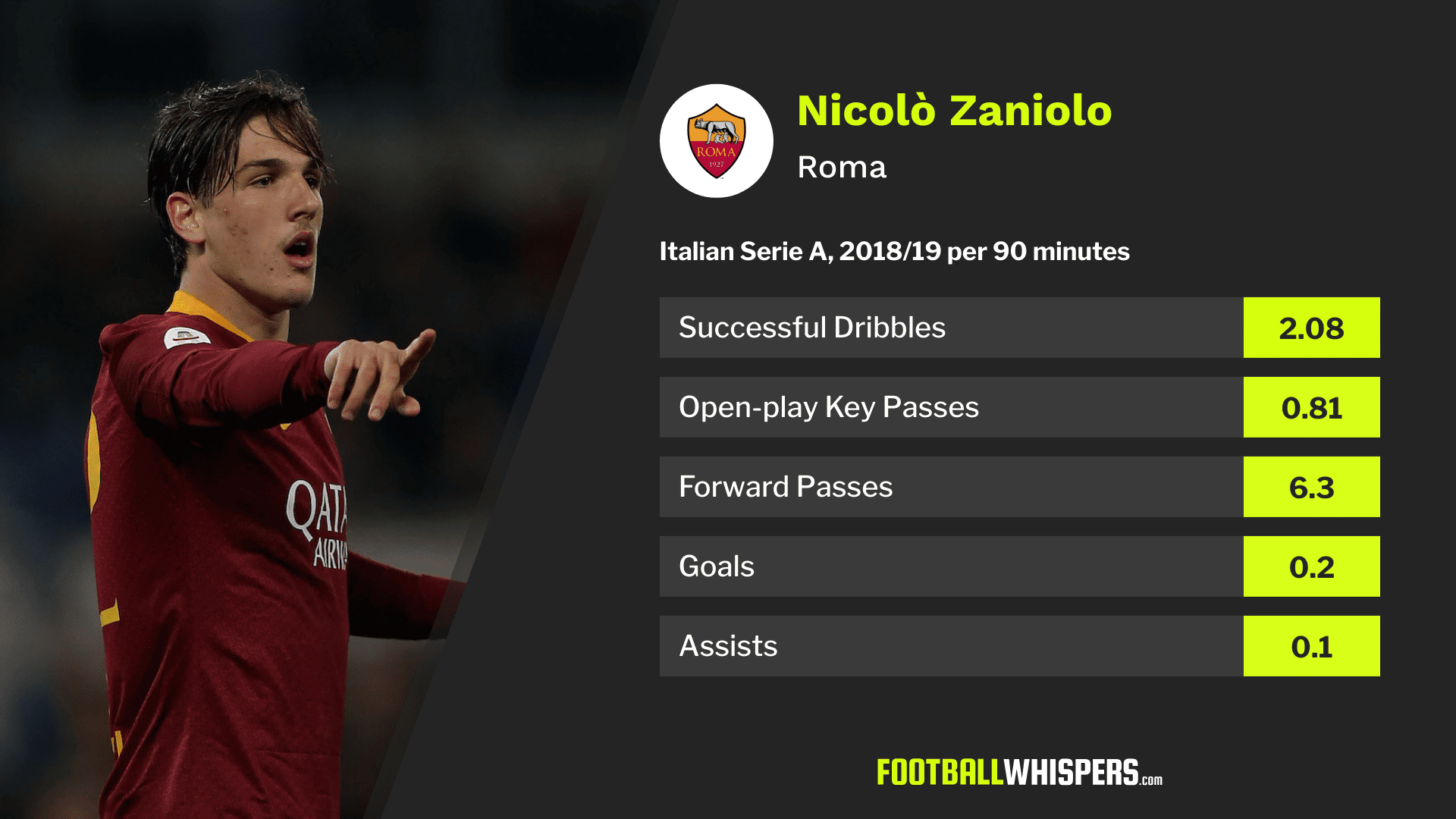 Where better to start than one of the host nation's best players and a star of the 2018/19 Serie A season?

Roma signed the attacking midfielder from Internazionale as part of the deal which saw Radja Nainggolan head in the opposite direction last summer but, in truth, the Giallorossi were already keen on the versatile playmaker before interest in Nainggolan materialised.

The 19-year-old was one of the few bright spots in a miserable season for Roma, bagging six goals in all competitions for the capital club, making 36 appearances, including seven in the Champions League.

Roberto Mancini handed the wiry midfielder his full Italy debut earlier this year and the Under-21 European Championships will provide Zaniolò's first – but surely not last – experience of a major tournament. 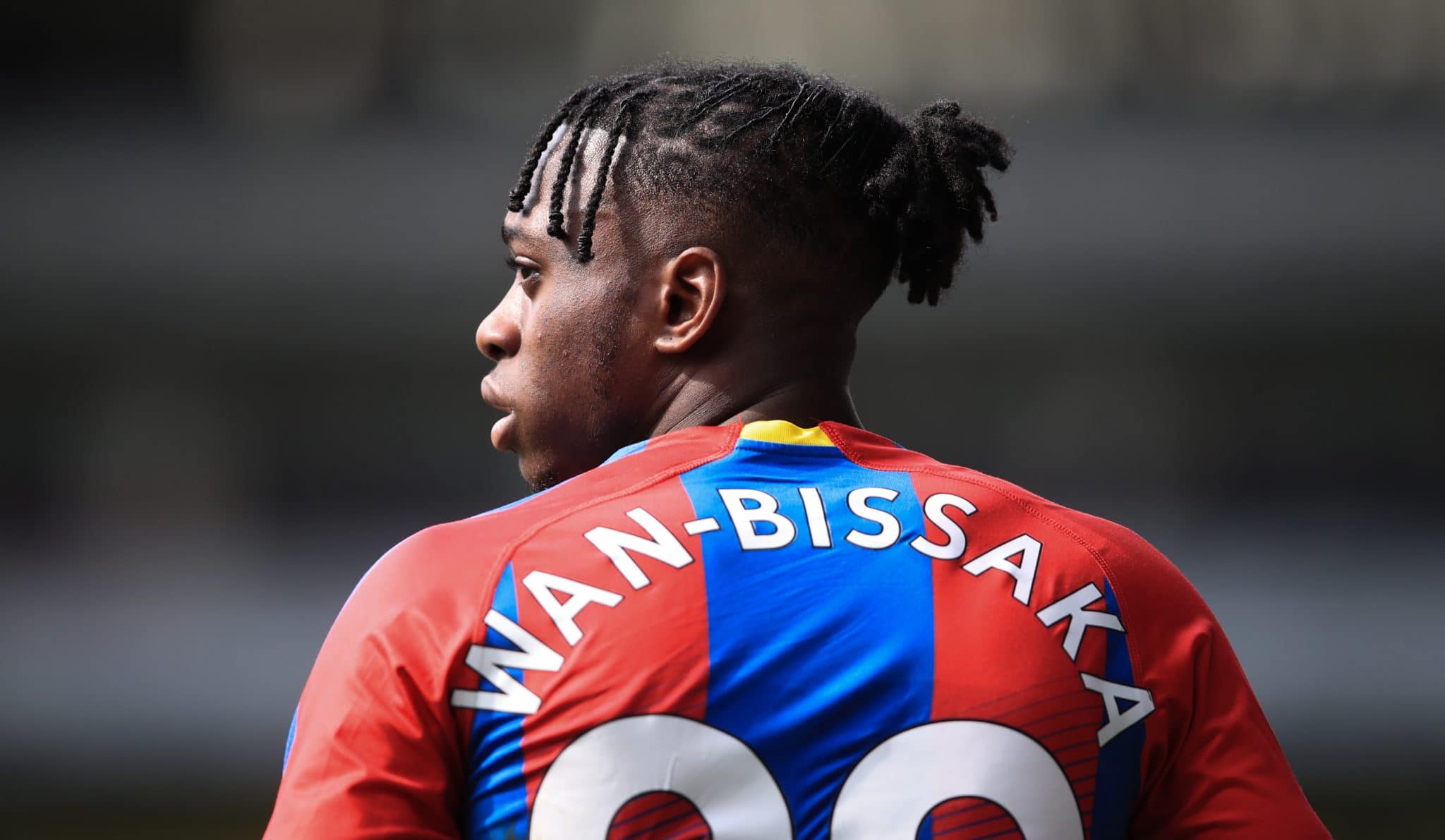 The Crystal Palace defender is one of the most-wanted full-backs in world football after starring for the Eagles this season, making the right-back spot his own and being named the club's Player of the Year.

Naturally, his stellar season in South London has resulted in plenty of interest and, according to reports, Manchester United have already seen a £40million bid turned down.

It's only a matter of time until Wan-Bissaka earns a first senior call-up and a mega-money move to one of the Premier League top six.

Having made just 17 LaLiga starts in two seasons with Real Madrid the European Championships have come at a good time for the all-action Spaniard.

A star at the last tournament two years prior, Ceballos earned a move from Real Betis of the back of his typically tenacious displays for La Rojita. However, he managed just four starts in his first season at the Santiago Bernabéu.

With Zinedine Zidane back in the Blancos dugout, the Sevilla native's first-team chances have suffered a blow and this tournament could be the ideal chance for Ceballos to earn a move away from Real.

Player of the Tournament in 2017 and part of the official Team of the Tournament, Ceballos has six full Spain caps to his name. There is no doubting his ability, he just needs the platform.

It's only a matter of time until the Werder Bremen midfielder moves onto bigger things after a fine season with Werder Breman. Indeed, Borussia Dortmund have already been credited with an interest.

The 22-year-old excelled for Werder last season, ranking 14th among Bundesliga midfielders for forward passes (17.51 per 90). He chipped in with five goals, including a January goal of the Month against Eintracht Frankfurt, below.

Eggestein's form for Die Werderaner has been recognised by German national team coach Jogi Löw and although he was called up to face Serbia and the Netherlands in March he did not make his debut.

His brother, Johannes, who also plays for Werder, is also in the squad but plays further forward as a striker. 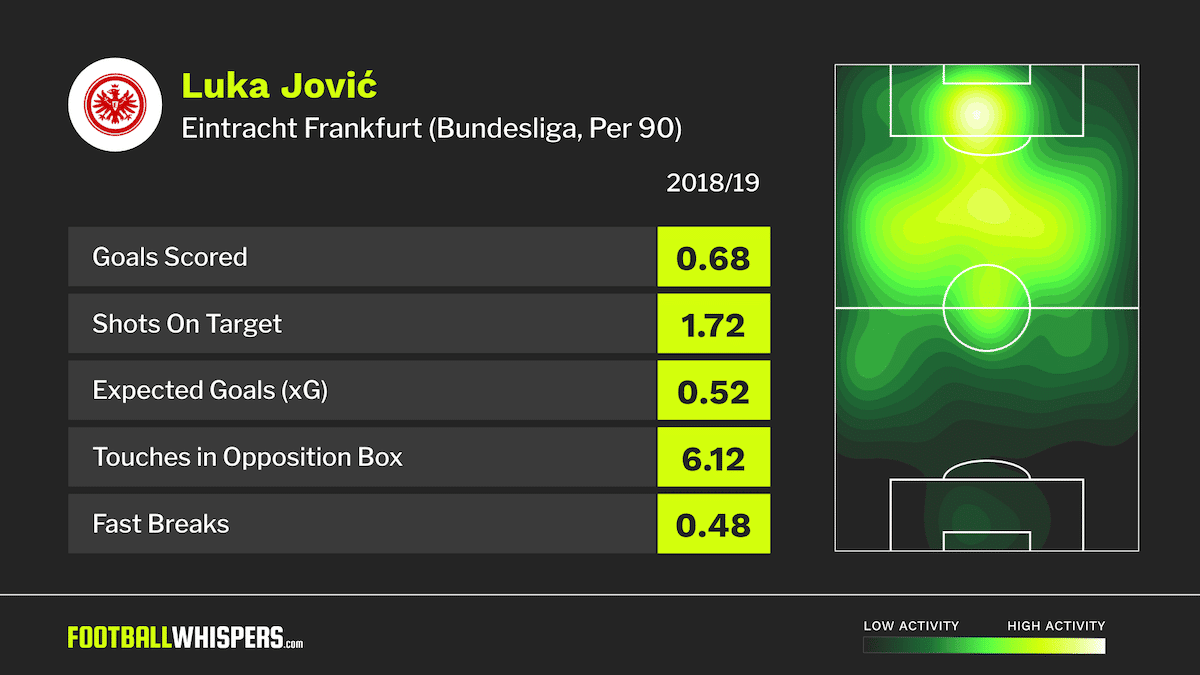 Any Real Madrid supporters not planning on tuning into the European Championships might be about to revise that plan after Los Blancos continued their summer spending spree with the €60million capture of Jović from Eintracht Frankfurt.

Signed on a two-year loan deal from Benfica in the summer of 2017, Jović hit nine in 27 appearances in his first Bundesliga campaign, which gave little indication of what was to come.

The 21-year-old finished his second season in Germany with 25 goals in total at a return of 0.68 per 90 – a ratio only three forwards could better. That meant he completely out-scored his expected goals total of 13.08 and his per-90 xG of 0.52.

Frankfurt wasted no time in taking up the permanent option on Jović and promptly cashed in when Madrid came sniffing around their prized asset at the end of the season.

Lyon have a proud history of developing exciting young players and Aouar is just one of the latest crop. In the past, it was Alexandre Lacazette, Hugo Lloris and Karim Benzema. Today it's Nabil Fekir, Tanguy Ndombele and Aouar. Ferland Mendy this week departed for Real Madrid.

Manchester City boss Pep Guardiola singled Aouar out for praise after the Premier League champions were stunned 2-1 by Lyon in the Champions League last season.

“Houssem Aouar is a very good player, he is incredible,” the Catalan said after OL's shock win in Manchester. “We talk a lot about Ndombele, but Aouar is also excellent. He’s always very calm with the ball at his feet, with excellent technical quality.”

With an advocate like that, it's little wonder Aouar is tipped to be another success story and his stats make for impressive reading too. He was eighth among Ligue 1 midfielders for passes in the opposing half (32.82 per 90), as well as bagging seven assists and the same number of goals. 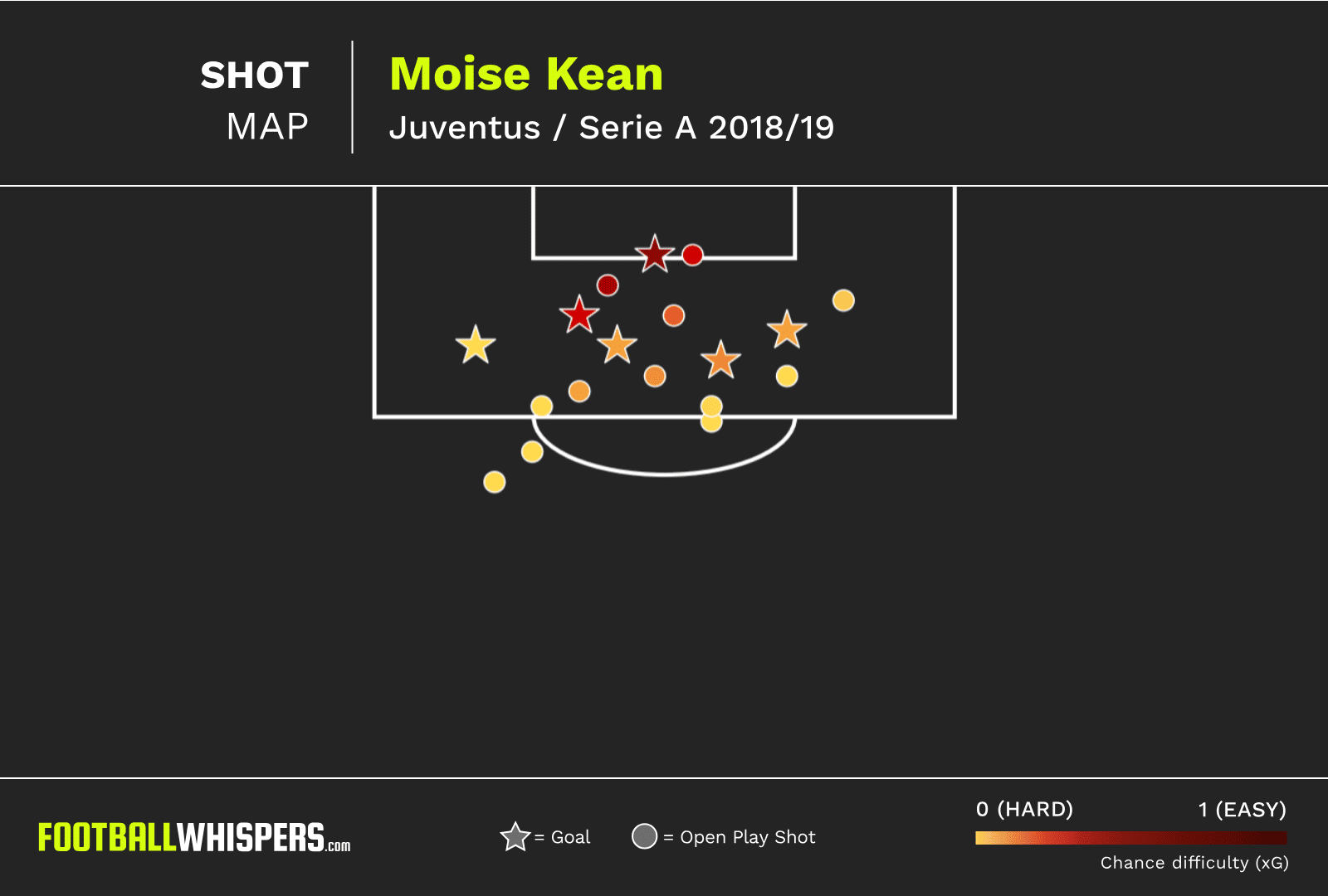 The 2018/19 campaign was a big one for Juventus striker Kean who, for a few weeks at least, was one the stories of the season.

Brought in by coach Massimiliano Allegri to make his first Serie A start for Juve in March, Kean responded with a brace in a 4-1 win over Udinese.

He came off the bench in the Bianconeri's next two before marking his full Italy debut with a goal against Finland. The 19-year-old followed that up with another goal against Liechtenstein before continuing his red-hot form with four in a row for Juventus.

The Old Lady's Champions League exit at the hands of Ajax did not help Kean, though he finished his breakthrough campaign in Turin with 11 goals in 22 appearances for club and country. 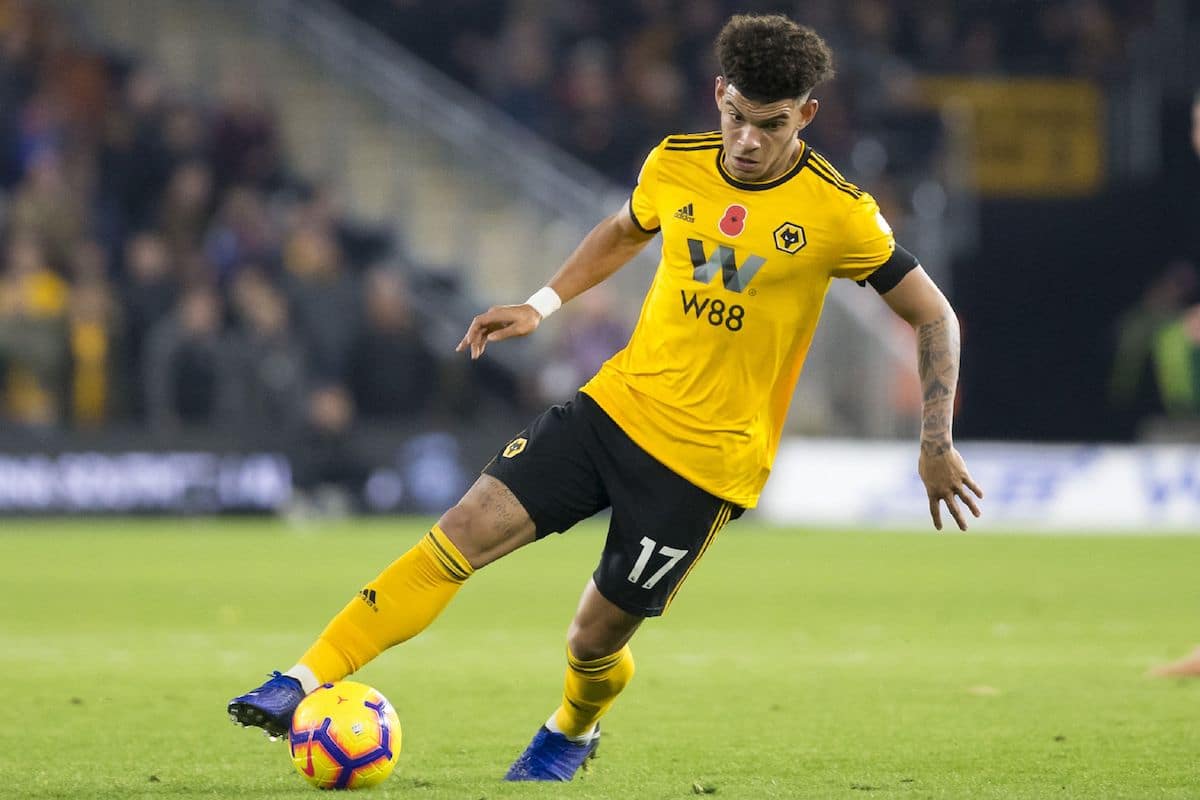 Teams promoted into the Premier League just aren't meant to do as well as Wolverhampton Wanderers did last term. But the Old Gold have made a habit of putting noses out of joint having found a smart way to compete with the established elite.

After winning the Championship title they finished seventh and reached an FA Cup semi-final. Some of the stars of their season are Portuguese players brought in with the help of super agent Jorge Mendes; the likes of João Moutinho, Rúben Neves and Diogo Jota among them.

But homegrown winger Gibbs-White is not one of them. The 19-year-old, who hails from the rather less exotic climes of Stafford, appeared in 26 Premier League games for the Black Country side.

Only five of those were starts, but the England Under-19 international still caught the eye and clocked up almost 650 minutes in the Premier League, impressing with his pace and directness off the bench. A member of England's Under-17 World Cup-winning side in 2017, he could be a wildcard selection by Aidy Boothroyd. 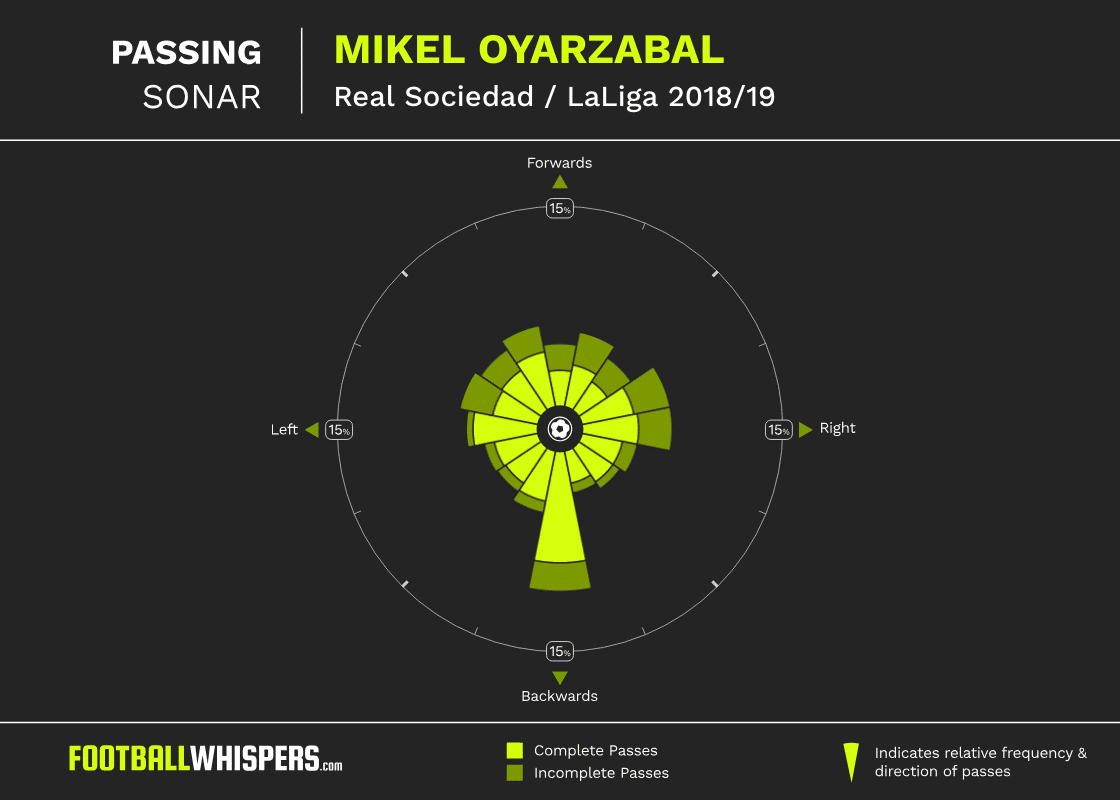 Spain have one of the strongest squads in senior international football and it's no different at Under-21 level ahead of this summer's European Championships where Oyarzabal headlines a stellar cast.

The Real Sociedad winger, at 22, is one of the most experienced members of the squad and has more than 130 LaLiga appearances to his name with the Basque outfit.

Earlier this year the classy playmaker, who enjoyed his best season in front of goal with 13 league strikes, netted his first senior goal for La Roja in a European Championships qualifying win over Sweden.

Oyarzabal was tenth among forwards for shot assists from set pieces last term (0.17 per 90) and ranked 16th for through balls attempted (0.25 per 90). This will be his final hurrah at Under-21 level, the challenge now is to break into a talent-rammed senior side. 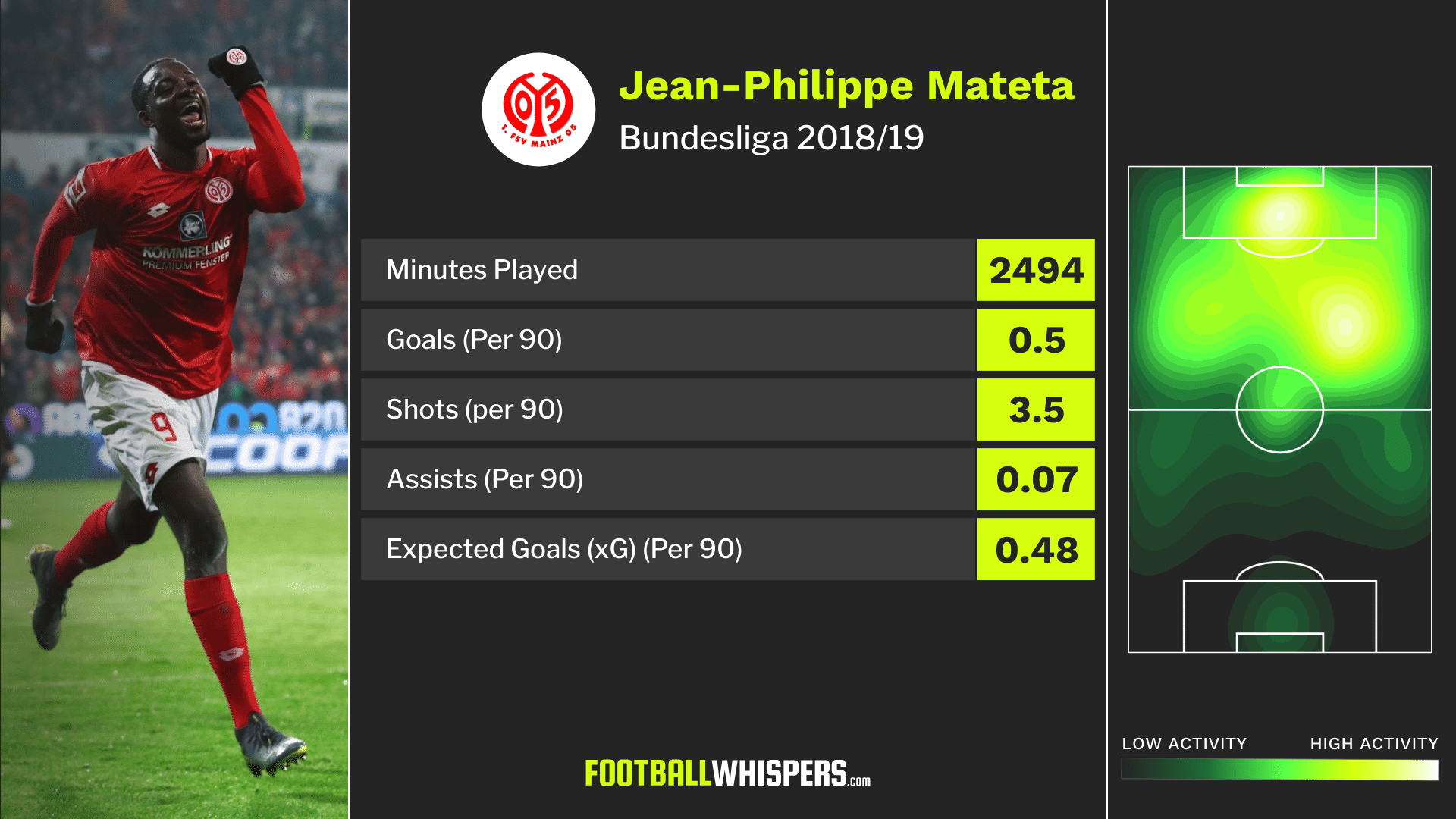 According to reports in France, Mateta is a transfer target for Everton, Newcastle United, Cardiff City, Watford and Southampton, with current side Mainz rejecting bids in the region of £20million for their prized asset.

Another former Lyon prodigy, Mateta left his homeland last summer to try his luck in the Bundesliga after netting 19 in 32 starts for Le Havre in Ligue 2. The move paid off with the 21-year-old rattling in 14 goals from just 29 starts for Die Nullfünfer.

At 6ft 4ins Mateta offers a physical presence but he's equally capable of dancing around defenders and attempted 2.34 dribbles per 90 last season.

Furthermore, he regularly gets into goalscoring positions and out-shot his xG90 scored of 0.48 last term to finish with an average of 0.5 goals per 90. Most of his efforts come from inside the penalty area, but with such an impressive record that matters little.