Greuther Furth start the second half of the 2021/22 campaign against the same rivals against whom they played the curtain-raiser. With both sides in the relegation zone and struggling for points, this six-point affair will surely have an impact on the survival battle.

Stuttgart arrives at the Sportpark Ronhof Thomas Sommer after suffering two successive defeats. It will mean nothing against Greuther Furth, who themselves have just one win this season, one less than the Swabian's record in their last five outings. Pellegrino Matarazzo can guide his team out of the relegation slots with a win over the Cloverleaves and we believe the away win should set themselves up in the relegation battle.

Add either Furth or Stuttgart to the equation and goals become a talking point. The Cloverleaves have conceded 49 goals this season which makes Stuttgart's tally of 31 respectable. Both sides have seen three of their last five matches respectively conclude with at least three goals on the night. Given the fact that their last meeting saw six goals, we are backing their latest duel should provide us with more of the same entertainment.

Furth vs Stuttgart: Check out the best odds and the latest stats

Furth vs Stuttgart: Check out the team lineups

Stefan Leitl brought Greuther Furth back to the Bundesliga and it seems he will be the one taking them down as well. The Cloverleaves look bereft of ideas and have registered the worst-ever start to a Bundesliga campaign. With just five points to their name, they need to give a better account of their abilities as they struggle 11 points behind the next team above them on the points table.

When Pellegrino Matarazzo's men thrashed Greuther Furth in the season opener, Stuttgart was hailed as one of the Champions League qualifying contenders. Nothing has gone according to the plan since and the Swabians have been rag-dolled by teams that were supposed to be their matchups. Their struggles have brought them to the relegation slots and neet a positive start as Bundesliga resumes festivities.

Questions About Furth vs Stuttgart 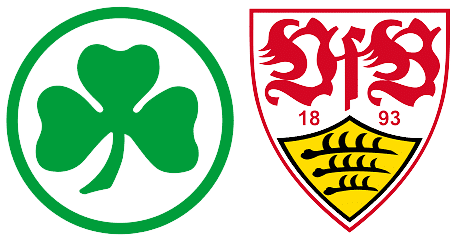 Where is the game being played? Sportpark Ronhof Thomas Sommer.