Top free betting tips and odds for Furth vs Monchengladbach

Borussia Monchengladbach are set to make a visit against the relegation-threatened Greuther Furth on Saturday, 9 April. Cloverleaves managed to get a single point in their previous game.

Colts to shine on the road

Greuther Furth got their single victory of the recent games in a club-friendly duel against Regensburg and are winless from the last six league outings. The hosts are also yet to win a game from the last three attempts at their home. On the other hand, Monchengladbach registered two victories in the recent three games. In the H2Hs, the Prussians have also been dominant by getting four wins out of the five meetings. So the visitors will be our favourites to get three points in this game.

Another high-scoring affair at Furth's expense

Monchengladbach has been involved in the recent games where they scored at least two goals per game in four of the last five outings. Furth has also yielded five goals in the same duration. Moreover, most of the H2Hs at the home of Cloverleaves ended with a total of over 2.5 goals. Hence, we can expect the same trend to be followed in this game as well.

Furth vs Monchengladbach: Check out the best odds and the latest stats

Furth vs Monchengladbach: Check out the team lineups

Cloverleaves got out of the losing streak but are now restricted to consecutive draws. The team played a 0-0 draw in the last game against Eintracht Frankfurt. After conceding the most number of defeats this season so far, Furth are last in the table with only 16 points. The manager Stefan Leitl will report six injuries in the team before this game.

The Colts couldn’t defend their lead in their last game and ended their winning sequence by drawing a 1-1 duel against Mainz.  Monchengladbach are currently twelfth in the points table with 34 points, securing nine wins and seven draws. Five players from the teams will not be available for the selection due to health issues.

Questions About Furth vs Monchengladbach 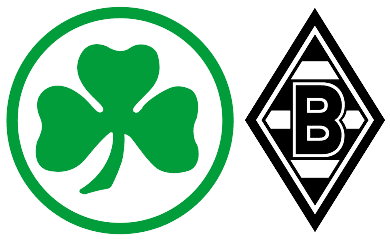 Who won the last h2h? 4-0 in favour of Borussia Monchengladbach.

Where is the game being televised? Eleven Sports (Por) and Sky Bundesliga.