When Antonio Conte brought in the 3-4-3 at Chelsea, he revitalised Victor Moses’ career. Now that Maurizio Sarri has reverted back to a back four, that opportunity is gone.

In what was a strong side – Jorginho, Cesc Fàbregas, Álvaro Morata – starting against Perth Glory, Davide Zappacosta was right-back, with César Azpilicueta also an option. Moses might be left to drift down the Thames in a woven basket, but there are questions about Chelsea’s other full-backs as well.

Conte’s back three was a similar revival for Marcos Alonso, coming almost out of nowhere. The season before he joined Chelsea, 2015/16, was the first that he’d played more than half of the available league minutes in, at the age of 24.

On that history, there was little indication, if any, that he’d become a starting full-back for one of the Premier League’s top sides.

Could he and Zappacosta (or Azpilicueta or Emerson) make the positions their own this season, or would Chelsea be wise to invest? 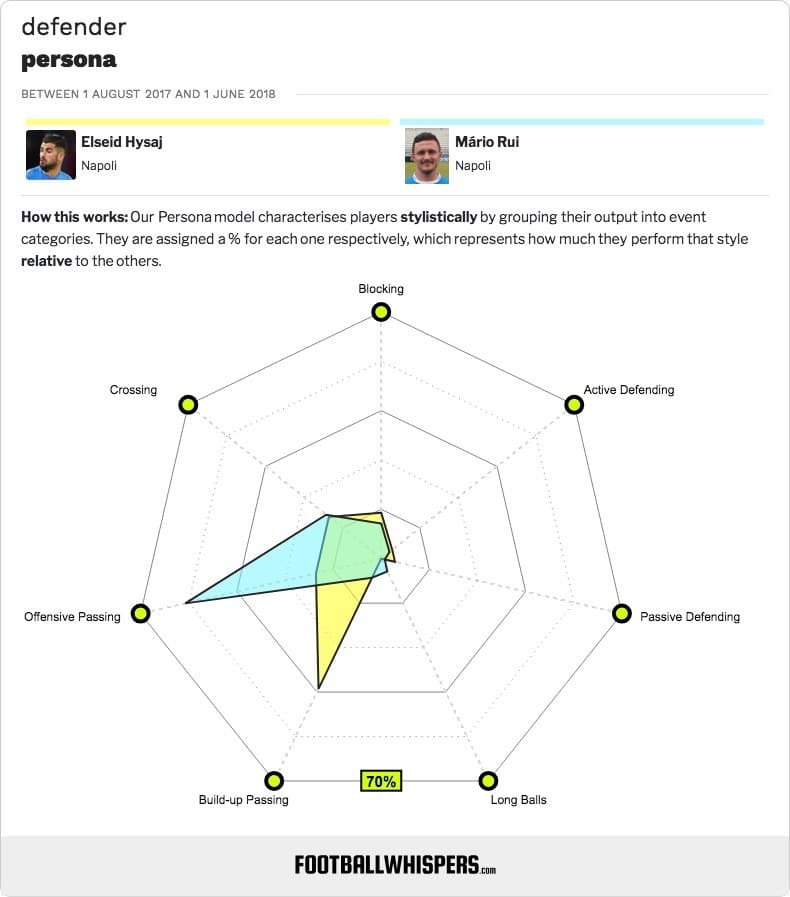 Rui made the 29th most accurate passes per 90 minutes of any player in Europe’s top five leagues. His 70.12 were more than double Alonso’s 33.67.

With Sarri’s sides looking to pass their way out of opponent presses at every time of asking, it’s vital that the full-backs are comfortable on the ball – particularly as, with their proximity to the touch-line, they’re a position that’s easier to press.

There is also the sheer amount of work that the full-backs have to do. On both sides, they will need to alternate between offering width high up the pitch, when that flank’s forward has drifted inside, and then tuck back into a narrow defence alongside the centre-backs. 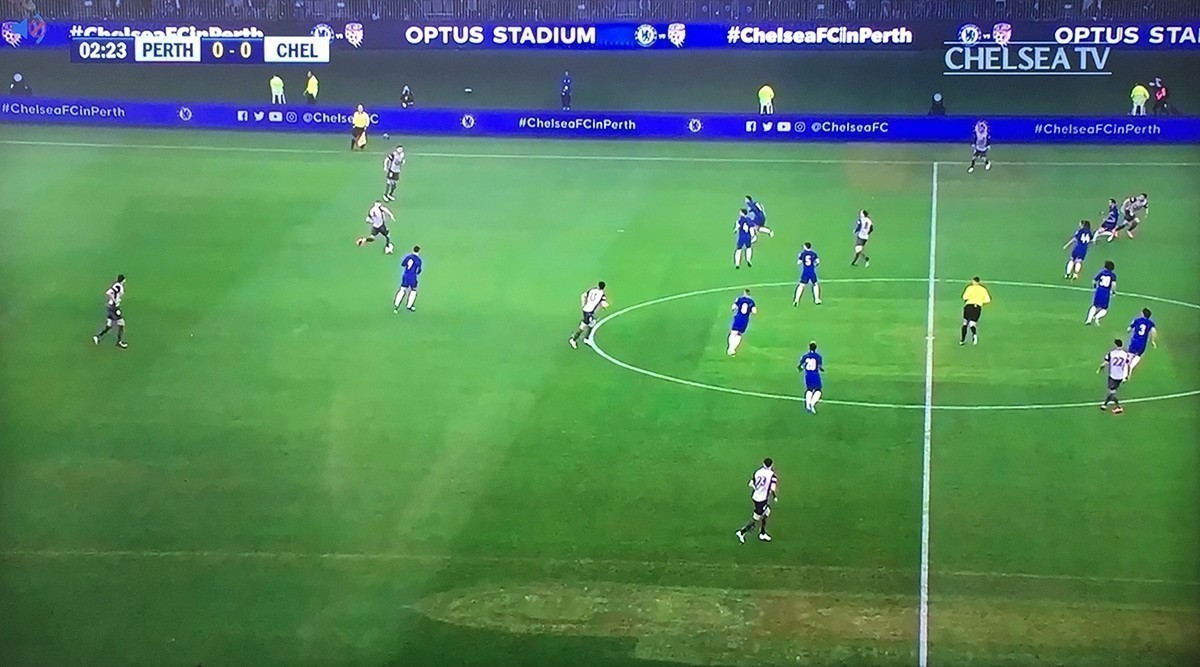 Pre-season fitness might have been a factor, but on several occasions it was plain to see the Chelsea full-backs heads down, willing themselves to sprint up and wide when Chelsea regained the ball. It’s not a job for the faint of heart or faint of legs.

The team as a whole will need to be aware of the toll all of the running takes and the fatigue it brings as well, with Sarri highlighting it as a factor to improve after the Perth friendly.

“I am satisfied by the performance in the first half and the first 15 minutes of the second half, not the last 30 minutes,” he said.

How the full-backs will fare is a bit of an unknown, given that such a different system was played last year. This must be as uncomfortable for Sarri as it is for Chelsea fans not knowing how their side will perform this coming season.

The choice between Zappacosta and Azpilicueta is an interesting one, the two being quite different types of player. The Spaniard may be more comfortable on the ball and defensively sound, but does he have the athleticism required? Could Moses, floating down the Thames in his basket, actually be an option after all?

In some ways the transition from Conte to Sarri isn’t that great for the full-backs, the new manager’s requirement almost making them wing-backs anyway. The combination of fitness and defensive ability required is a level above what Chelsea’s current four are likely to have experienced though.

Sarri said that his side has to improve, and quickly – but what if his full-backs just aren’t able to?