At this very early stage of the season it already looks like the top two could be Bournemouth plus one other come May. The odds are one of those ‘others' is Fulham or West Brom. Who will win this promotion six pointer? Find out with our Fulham vs West Brom match preview with free tips, predictions and odds mentioned along the way.

Fulham to win battle of the big guns

These two sides might be separated by little in the table as they sit second and third but their form books tell us that Fulham should win this match. They've won three games on the bounce coming into the game whilst West Brom are starting to show signs of weakness; that's particularly true on the road where they've lost their last two games. The Baggies won't just roll over for Fulham but they'll need to be at 100% to get a result; they've not been that ‘on it' for a few weeks.

Next up in our predictions is a total goals bet as we tip for over 2.5 goals. Four of Fulham's last five have all gone over the 2.5 mark with West Brom going over in three of their past five. The season long averages make good reading too; West Brom have averaged a total of 2.6 goals per game with Fulham considerably higher at 3.4. Those stats combined with the fact the last meeting between these two ended with four goals shared equally tells you the goals should flow.

When Fulham play, Aleksander Mitrovic scores; that's what it feels like anyway. Already he's scored 50% more goals than the next nearest player in the Championship having netted 15 goals in his 14 appearances this season. Mitrovic is particularly red hot right now as well with five goals in his last three matches. Given West Brom have only kept two clean sheets in the last 10 meetings against Fulham the Cottagers will expect to find the net. If they do, Mitrovic is the obvious candidate.

Find the best odds for Fulham vs West Brom

West Brom have started the season in decent shape but their last couple of performances on the road will be a cause for concern. With the likes of Karlan Grant and Callum Robinson they'll win plenty of games and the top six is nailed on but when they come up against the top sides they might just fall short. Fulham are definitely one of the better sides and their position of second proves that. The likes of Mitrovic will ask plenty of questions of the Baggies back line. Fabio Carvalho will again miss out through injury though.

FAQ on Fulham vs West Brom 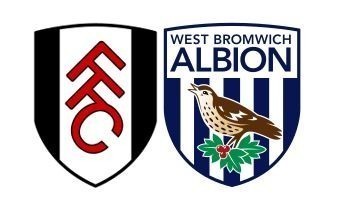