These teams are supposed to be two of the better footballing sides in the division. Based on form, you might question that. Can either grab a big three points when they lock horns on Wednesday? Find out with our Fulham vs Swansea match preview with free tips, predictions and odds mentioned along the way.

Fulham vs Swansea: Our top tips

Fulham to get back on the winning trail

Neither Fulham or Swansea can claim to be in form with both sides managing just one win in five; it's not remotely good enough for teams that have playoff aspirations as a minimum. The reason we give Fulham the nod in this match is two fold. Firstly, they've found things tough the last couple of weeks but prior to that they were a winning machine and, secondly, they have goals in the side and that's what wins games. Swansea meanwhile still haven't fully gelled under their new boss, Russel Martin.

It should be an entertaining watch

Our next tip is that we fancy the match to see a minimum of three goals, which for betting purposes will come under the over 2.5 total goals market. Neither side will come into this match with a defensive outlook, which obviously helps predictions of this nature but we can back our claim up with stats. Fulham are averaging a total goals of 3.0 per game this season with Swansea's fixtures seeing a rather staggering average of 3.5 when away from home. Three of the last five head to heads have seen at least three goals too.

Our final Fulham score Swansea prediction is for Aleksander Mitrovic to score. He already has seven league goals to his name but his current form is even better as he's averaging a goal per game over his last five. At the weekend Fulham drew 1-1 with Mitrovic scoring but on another day he could have had a hat/trick. He struck the woodwork on multiple occasions and dragged one good opportunity wide. You might think that sounds odd that we're now backing him but when strikers are getting chances, the goals will come. Given Mitrovic is already amongst the goals you can bank on the fact that frustration of the near misses is corrected in the week.

Check out the top odds for Fulham vs Swansea

Fulham have only won one of their last five but they still sit fourth in the league it's a ‘goals for' column bigger than anyone else in the league. Aleksander Mitrovic is a key part of the Fulham game plan but they're not a one man team by any stretch. When the likes of Tom Cairney and Fabio Carvalho get back on the grass Fulham will really start to motor.

Motoring is what Swansea could really do with happening too but, at the moment, it's just false start after false start. Back to back wins have eluded the Swans all season but they could break that stat with a win in this match. If they are to get a win then the work of the likes of Flynn Downes and Matt Grimes in the middle of the park will be very important.

FAQ on Fulham vs Swansea 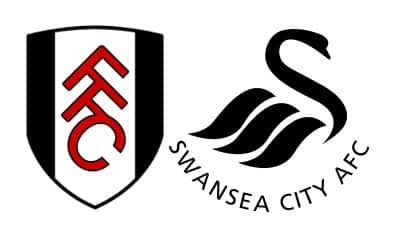