This fixture sees two of the leagues unbeaten sides lock horns. Who will have that unbeaten record in tact come the final whistle? Find out with our Fulham vs Stoke match preview with free tips, predictions and odds mentioned along the way.

Despite Stoke being on a seven game unbeaten run we still fancy Fulham to emerge victorious from this game. The Cottagers are on their own unbeaten stretch of six games and have looked really good value for the five wins they've earned in that period. If you were being harsh, you'd perhaps suggest Stoke have had the easier opening fixtures. That and the fact we believe that, player for player, Fulham are stronger is why we're backing them to win.

It will be a game of few goals

Whilst this match might see two of the in-form teams lock horns it doesn't mean an abundance of goals are guaranteed. Far from it in fact. Three of Fulham's last five games have fallen short of the 2.5 mark including their last two games, which were both 2-0 wins. Then you have Stoke; like Fulham, their last two games have ended south of the 2.5 cut off with three of their last five not hitting three goals. If you need further convincing then perhaps the fact the last three meetings have seen just a combined four goals will be enough.

When providing goal scorer tips we usually focus on the anytime market as it heightens your chances of winning. Here though, we cannot ignore the form of Aleksandar Mitrovic. The Fulham man is, quite frankly, too good for the second tier albeit he looks like staying with the London club. They'll be delighted too because he's bang in form with three goals in his last three matches; all of those goals have opened the scoring hence we're fancying him to make the net bulge first in this game too.

The best odds & key stats for Fulham vs Stoke

Silva's men to continue promotion charge with another win

Fulham's start to the season couldn't have gone much better if we're honest. They sit top of the league having dropped just two points; it's a better start than they've made in their previous two promotion campaigns and with the likes of Aleksandar Mitrovic and Josh Onomah in their ranks they'll be confident of going up again this year. Stoke have also made an unbeaten start; the big difference being that far less people anticipated them being amongst the top sides early in the campaign. For the Potters you feel there is a long way to go before they can be considered contenders but they're solid at the back, have goals in the team and in Joe Allen and Sam Clucas have experience in the middle of the park. This game should be a good yardstick as to where they really are.

Pre-game Questions for Fulham vs Stoke 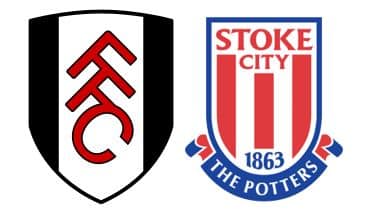