To continue their charge on the Championship, Fulham host Reading at the Craven Cottage on September 18. The fixture promises to entertain fans and neutrals alike as both Fulham and Reading fancy their attacking instincts over defensive caution.

Marco Silva has reinvigorated Fulham and it's evident from their standing as leaders of the pack in the Championship. On the other hand, Reading are struggling in the bottom half of the points table thanks to their defensive proclivities. Our team of experts analyzed the game from top to bottom and came up with the following bets. All of our tips contain no bias and have been researched using the latest stats and figures available at the time of publication.

Two of the last three duels between Fulham and Reading finished in favour of the latter. Their meetings in the 2018/19 season were peculiar as the away sides claiming bragging rights over their rivals. However, we expect that trend to change as Fulham host the Royals in blistering form. They have won five of their seven fixtures this season and should not allow Reading a sniff at a win in this meeting.

With 17 goals in seven Championship outings, Fulham's participation means goals. The same can be said about Reading, who have conceded the same amount of goals but have also sent in 13 strikes against their rivals. As the two sides lock horns at Craven Cottage, we expect goals to flow.

The last two duels between Fulham and Reading saw both sides hit the back of the net. This has been especially true for Reading, who have seen their rivals represented on the scoreboard alongside themselves in four of their last five fixtures. We expect this trend to continue in this matchup even though Fulham have kept three clean sheets in their last five fixtures.

Fulham vs Reading: Check out the best odds and the latest stats

Match Preview of Fulham vs Reading

Fresh from their demotion from the Premier League, Fulham are aiming at a swift return to the English topflight football. The Cottagers have impressed with five wins from seven outings and made little work of Birmingham in their 1-4 away win. They return to Craven Cottage to host Reading, who beat them at the last time of asking.

Reading were in Fulham's shoes last season before they let it slip through their fingers. However, after just two wins this campaign, Veljko Paunovic will want to get back to those lofty heights. They will feel confident about their chances following a 3-1 win over Peterborough United but it will not be an easy task. Their rivals have the best defence in the Championship, which syncs perfectly with their scoring efforts.

Questions About Fulham vs Reading 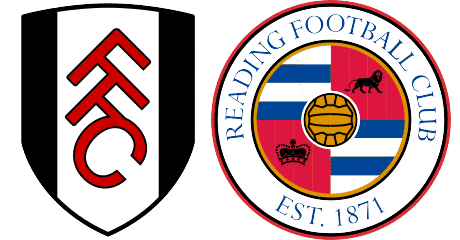 Where is the game being played? Craven Cottage.

Who are the players to watch? Aleksandar Mitrović(Fulham) and John Swift (Reading).