Fulham and QPR occupy fifth and sixth spot respectively ahead of game week 12. A win for QPR would see them leapfrog their hosts. Can they get it? Find out with our Fulham vs QPR match preview with free tips, predictions and odds mentioned along the way.

Fulham vs QPR: Our Tips

Fulham poor form to run on

First up in our list of three tips is a prediction for an away win, which comes with very handsome odds. Fulham are big favourites with the bookies but their form is seriously ropey; they've only won one of their last five games. QPR by stark contrast are hugging along rather well of late; they have won their last two matches. With just three defeats in 10 and form on their side, Mark Warburton's side have every reason to be positive.

Goals will be scored

Where the total goals market is concerned we're nailing our colours to the wall; this match will see a minimum of three goals. Fulham have gone over 2.5 in three of their last five matches including their last two. QPR have gone one better than that in their last five with only one match falling south of 2.5 goals. In terms of game averages, things make good reading too. Fulham have seen a total of 14 goals, which is 2.8 goals per game. QPR sit with an average of 3.4.

Our third and final tip for Fulham vs QPR is Lyndon Dykes to score a goal. He netted his fourth league goal of the season in QPR's last game and has now followed that up in the international break with two goals in as many games for Scotland. It means he'll come back to his club buzzing and confident of making an impact. If a chance falls to Dykes, don't be surprised if he bags it.

Find the best odds for Fulham vs QPR

Fulham vs QPR: QPR to grab impressive away win

Things were looking so good for Fulham a couple of weeks ago; they don't look quite so nice now though with three defeats in their last five games. They'll be hoping Aleksander Mitrovic comes back from international duty fresh and firing; he's not played the full 90 in either of Serbia's games. QPR will be keeping their fingers crossed their man, Lyndon Dykes, comes back sharp after two tough games for Scotland. Ilias Chair is another who has been on international duty this week though; with three goals in his last two QPR games, he's arguably the most important man in their squad.

FAQ on Fulham vs QPR 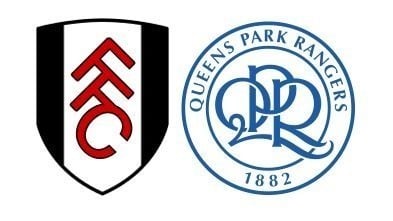