Fulham are the heavy favourites to lift the Championship title but in order to do that, they'll need to keep winning games. Can they chalk up another three points here? Find out with our Fulham vs Millwall match preview with free tips, predictions and odds mentioned along the way.

A win and clean sheet for Fulham

A straight Fulham to win bet is a pretty safe bet for this game but, in honesty, the odds aren't exactly exciting. That's part of the reason we're opting for the slightly more ambitious win to nil bet. The Cottagers had been six unbeaten before losing to Man City at the weekend but the real key to this bet is based on Millwall's recent form. We are obviously backing Fulham to win but, at the same time, are saying Millwall will fail to score; the Lions have blanked in three of their last four. The last two meetings between these sides at Craven Cottage have ended in Fulham wins to nil as well.

Our next prediction here can partially be extrapolated from the previous tip; we are saying that at least one side will fail to score. Obviously, we're fairly confident it will be Millwall blanking what with the fact they've done so three times in their last four but by opting for a both teams to score ‘no' bet we keep open the prospect of a potential smash and grab. After all, Fulham's last league defeat saw them lose to nil whilst Millwall have kept clean sheets in each of the last three games where they've avoided defeat.

Check out the key stats & form for Fulham vs Millwall

This all London clash isn't one that you'd traditionally think of when talking about London derbies but, even so, you can count on a little bit more fire on the terraces. Will it spill onto the pitch? Probably not. If it does, it will favour Millwall.

Fulham, despite having had a few setbacks over the course of the season, look like they are heading back to the promised land. In fact, if they have to play in the Championship again next season it will be seen as an utter disaster. This is a game they should win.

Millwall are destined for a middle of the road end to the season. It's not that exciting for their fans but it does mean they can go into these ‘free hit' games with complete awareness that they having nothing to lose; that's a dangerous side to play against.

A brief FAQ ahead of Fulham vs Millwall 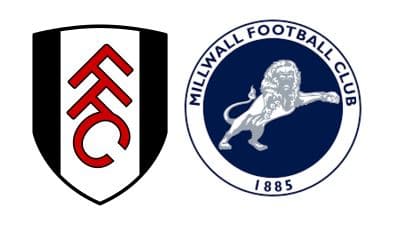