Man City might have seen their fantastic winning run come to an end but will be hoping to have returned to winning ways in midweek against Southampton before they travel to London to take on Fulham. Fulham secured a surprise, and crucial, win against Liverpool last time out and are now on level points with Brighton and just 1pt behind Newcastle.

Our Predictions for Fulham vs Man City

The German midfielder top scores in the Premier League for Man City this season with 11-goals and is the only City player in double figures heading into Saturday's match. Gundogan has scored 4-goals in his last six league games and is thriving under the new system Guardiola has deployed since the latter stages of 2020.

Fulham vs Man City: All the stats and odds for Saturday's clash

Man City the favourites ahead of Fulham clash

Fulham added to Liverpool's woes last time out, securing a 1-0 win at Anfield that extended their hosts losing streak to six consecutive home matches. While Fulham remain in the bottom three right now, their recent performances and results suggest that they do have what it takes to escape relegation this season. Scot Parker's side look strong defensively and attack with pace, the only thing lacking is a natural goalscorer.

Man City will have been disappointed to lose against Man Utd last weekend and even if they fail to beat Southampton in midweek, Guardiola's men will be the favourites to secure all 3pts against Fulham. City have an excellent record against their hosts, whom they haven't lost against since 2009. The champions-elect ran out 2-0 winners when these two sides locked horns at the Etihad in December and we're predicting another 2-0 win for Guardiola's side on Saturday.

Midfielder Tom Cairney has been ruled out of this weekend's clash with a knee injury, while there are doubts over Marek Rodak who injured his wrist last month. Other than Nathan Ake, Man City have no fresh injury concerns ahead of their game against Southampton but it will be worth checking the injury news following that game.

FAQ about Fulham vs Man City 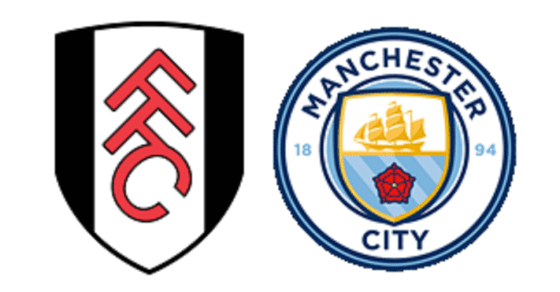