Fulham vs Huddersfield: Check out our betting tips

Fulham are looking set to win the Championship title and a place back at the top table of English football. Can they move closer to that here? Find out with our Fulham vs Huddersfield match preview with free tips, predictions and odds mentioned along the way.

Fulham to win it to nil

Backing Fulham to win this game looks like the obvious bet but we're aiming for more handsome returns. As such, our first tip here is that Fulham will win the game to nil. Fulham have lost just one of their past nine games, which was against Man City in the cup. Their last two games have seen them win to nil. As for Huddersfield, their only two wins across their last five games have come against the Championship's bottom two – Derby and Barnsley. The other three games have all ended level. In terms of goal scoring though, the Terriers have struggled; they've failed to find the net in their last two outings.

Our next prediction for this match is that Aleksander Mitrovic nets at some point in the game. Mitrovic is having the season of his life and, even with just 30 games played to date, he has already broken the Championship scoring record. Part of that incredible goal haul has come in recent weeks with the Serbian striker having bagged in each of his last three league games. On top of that, in his last five league games Mitrovic has bagged seven goals. He scored against Huddersfield earlier this season too.

Here are the key stats & form guide for Fulham vs Huddersfield

Both of these teams hope to be playing Premier League football next season but Huddersfield are the most in need of the three points; getting them is an almighty ask though.

There were plenty questioning Fulham's form back in late November/early December but when you look back at it there was nothing to question; they've only lost four league games all season with just one coming in that ‘poor spell' – it was the last time they lost in the league too. They'll fancy their chances of chalking you another win here.

Huddersfield currently sit fifth in the Championship standings but they've played more games than pretty much every side below them that remains in contention for a playoff spot. Of course, points on the board are better than games in hand but belief might really start to grow if they can leave Craven Cottage with a positive result. 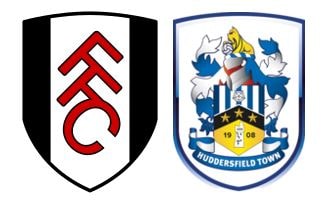