Cardiff are not only on an atrocious run of form but their latest defeat was fished out by their nearest and not so dearest. It's officially panic stations now; can they stop the rot here? Find out with our Fulham vs Cardiff match preview with free tips, predictions and odds mentioned along the way.

Fulham vs Cardiff: Our Tips

Fulham to be too strong for Cardiff

There is no other place to start than with who will win the game and this prediction is as easy as they come; Fulham will win. Fulham were a class act when they beat QPR on Friday and it was a similar story in their previous home match against Cardiff's rivals, Swansea. When you consider that Cardiff have now lost six games on the bounce without putting up too much of a fight then it's hard to see this game playing out any other way.

Cardiff will lose and blank

Next up in our predictions is a tip that Fulham will not only beat Cardiff but they'll do so without conceding to Mick McCarthy's men. Now, Fulham aren't exactly brilliant defensively but they do have two clean sheets in their last five home games. The clincher of this bet though comes from Cardiff. They have lost six games in a row and scored in just two of them; it's been just the solitary goal each time too.

An easy win for Fulham

Last but not least in our trio of free tips is for Fulham to win with a minus one handicap. Fulham have won three of their last five home games with all of them coming courtesy of big margins, 4-1, 3-1 and 3-0. Half of Cardiff's six game losing run have been away games. The combined score across those three matches is Cardiff 1-9 Opposition. With pressure cranking up on Cardiff this match will go one way or the other; Cardiff will either bunker down and fight for him or they'll fall apart. Evidence suggests it will be the latter.

Find the best odds for Fulham vs Cardiff

Fulham are right in the mix for the automatic promotion spots. It is hardly surprising though when you look at the quality of their squad. Aleksander Mitrovic is the obvious name that springs to mind but Bobby Reid bagged his second goal of the season against QPR; Fulham signed him from Cardiff.  Unlike Fulham, Cardiff are not looking at promotion. Not by a long stretch. They are now at the stage where they need a result regardless of how it comes about. Can Kieffer Moore or Leandro Bacuna produce some magic?

FAQ on Fulham vs Cardiff 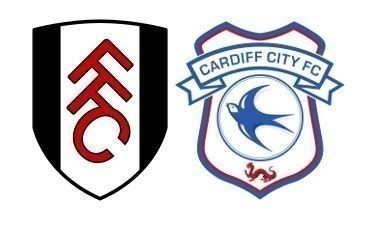