Fulham had been on a six game winless run until they took to the pitch at Reading on Tuesday. Will Bristol City be fearing the worst? Find out with our Fulham vs Bristol City match preview with free tips, predictions and odds mentioned along the way.

We kick off our predictions for this game by backing Fulham to win a high scoring encounter; for clarity, we're defining that as a match with over 2.5 goals. Fulham might have been struggling for form of late but they tore Reading apart on Tuesday evening as they romped to a 7-0 win. That will instantly get the confidence flowing at Fulham again. Given Bristol City have managed just three wins in 10, it's fair to say their mood won't by be quite as buoyant. Their last four league games have all gone over 2.5 goals though.

These two actually met in the FA Cup last weekend and played out a 0-0 draw; despite that we fancy both sides to find the net here. In league terms, Bristol City have seen their last four end with both teams scoring goals. Fulham meanwhile have seen goals for both teams in three of their past five league games. As for the head to head record, yes, these two played out a goalless draw last time but that's not exactly a trend; the four meetings prior to last weekend saw both sides amongst the goals.

Check out the key stats & form for Fulham vs Bristol City

Fulham and Bristol City are at very different places with one gunning for promotion as the other jostles for position in the mid table places. Will the pressure of getting back in the title hunt slow Fulham down?

10 games ago, Fulham put seven goals past Blackburn and took on the mantle as league favourites. A couple of games later and the wheels began today fall off as a six game winless run saw their title odds drift. They've just hit another seven goals though and will be keen to use that as a turning point.

Bristol City have endured what you'd describe as a season of utter ‘meh'. There was a time when they longed for promotion to the promised land but that looks a way off right now. Instead, they'll be doing their best to make that hard for Fulham.

A brief FAQ ahead of Fulham vs Bristol City 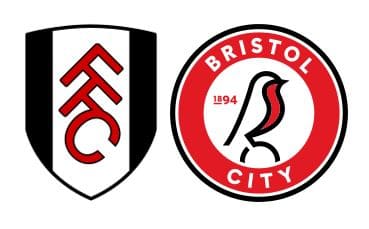