Table-toppers Fulham and mid-table Blackpool are both not to be involved in midweek Championship action which is why we are able to get this preview for Saturday's clash up nice and early. The hosts are scoring goals for fun and look destined for a return to the Premier League this season, while Blackpool will be aiming for a top-half finish.

Over 3.5 goals were scored when Fulham last played host to Blackpool back in 2014 and we're backing another action-packed 90-minutes on Saturday. At least 5-goals have been scored in each of Fulham's last four league games all of which ended in victory (3-2,6-2, 6-2 & 7-0). Two of Blackpool's last five league games have also witnessed at least four goals being scored, so you can see why we've backed a high-scoring game this weekend.

Key Stats and Figures for Fulham vs Blackpool

Last time out, Fulham made the trip to Stoke and went behind in the very first minute. However, the visitors equalised through Muniz in the 2nd-minute and went in front just after the half-hour mark through Carvalho. Stoke moved back onto level terms in the 58th-minute and Fulham managed to win the game with a goal from De Cordova-Reid with 18-minutes left on the clock.

Blackpool had the home advantage against Millwall on Saturday and made it count. Lavery netted the only goal of the game in the 55th-minute to hand Blackpool all 3pots and move the club into 12th position. This weekend will be a lot tougher for Blackpool and the Tangerines have to find a way to stop the Fulham goal machine of they want to leave the capital with any points to show for their efforts.

Fulham: Seri and Cavaleiro are the only doubts for in-form Fulham.

Blackpool: Maxwell, Carey, Husband, Anderson, James, Ward and Virtue could all miss the trip down south this weekend. 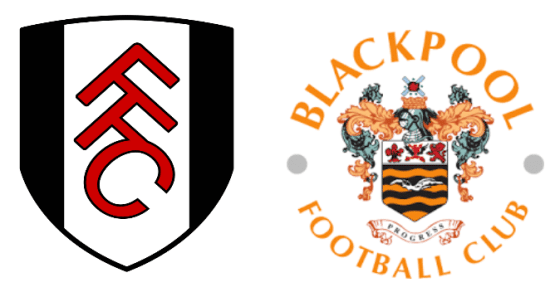