Fulham vs Blackburn: Check out our betting tips

Last time these two sides met Blackburn were hit for seven. Surely it will be a somewhat closer game this time. How do we see the action unfolding? Find out with our Fulham vs Blackburn match preview with free tips, predictions and odds mentioned along the way.

Fulham to win it

Fulham battering Blackburn back in November might have been one of the best things that happened to them; they went on a stupendous run off the back of that defeat to put them in a good spot to fight for promotion. After just one win in six more recently though, that positive run feels like a long time ago. Fulham meanwhile remain somewhat of a machine. They've won four of their last five games to tighten their grip on top spot. That form and their head to head past makes this a home banker for our money.

Cottagers to keep a clean sheet

Our next tip for this match is for Fulham to keep a clean sheet. The Cottagers have recorded shutouts in three of their last five outings but that's not the true key to this prediction. That comes from Blackburn's form. They haven't scored an away goal since January 15th; they've played five games on the road in that period. Throw on top of that shoddy goal scoring form the fact that Rovers have blanked in their last three meetings with Fulham and it's highly plausible they fail to score again.

Here are the key stats & form guide for Fulham vs Blackburn

The last time these two met we witnessed one of the performances of the season by Fulham; that was on Blackburn's own patch. What awaits in this game?

Fulham are Premier League bound without a shadow of a doubt. With Aleksander Mitrovic up top, they'll always score goals and, given Rovers' struggles in front of goal away from home, they'll be thinking about banking another three points.

Blackburn won last time out to boost their promotion chances but, longer term, they have been through a wobble. They might not expect to win this game but surely morale wouldn't survive another heavy defeat? 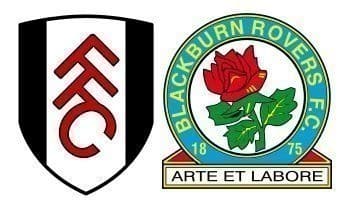