Fulham seem to have found their groove again after a period of struggling for wins. Can they continue that here as they host Birmingham? Find out with our Fulham vs Birmingham match preview with free tips, predictions and odds mentioned along the way.

Fulham to win and BTTS

We kick off our predictions by backing Fulham to win this game whilst conceding. Let's cover the win element of the bet first. Fulham had hit a rough patch of form but they're now unbeaten in three and have won their last two games 6-2 and 7-0. Birmingham meanwhile have won just one of their last 10 matches and have lost six of their past 10 away games. They've also lost on their last two visits to Craven Cottage. Now we turn to the BTTS element of our tip. Fulham have conceded in three of their last five matches with Birmingham having scored in three of their past five. Those stats aren't ready to take to the bank but the increase in odds you'll get give you some serious value.

“There will be goals”; that pretty much says it all. Fulham, as touched on already, have scored 13 goals in their last two games. Birmingham meanwhile have gone over the 2.5 marker in three of their last five games and average 2.6 goals per game across the same five match period. As for the head to head record, the last five games between the two sides also come in with a game average of 2.6.

Check out the key stats & form for Fulham vs Birmingham

Birmingham might be bumbling along to a dull end to the season with a lower mid table finish looking nailed on. You cannot say the same about Fulham as the Championship title race looks more exciting that ever with three teams firmly in contention.

A couple of weeks ago it looked like Fulham had handed the initiative elsewhere in their quest for the title. Well, a week is a long time in football and now Fulham are back on top of the standings with a two point lead and a game in hand. Surely their dip for the season is done?

Birmingham might be nicknamed the Blues and that's definitely the colour their fans feel right now. The season has been drab and with just one win in 10 there will be little expectation that things are going to pick up when the visit the capital on Tuesday evening.

A brief FAQ ahead of Fulham vs Birmingham 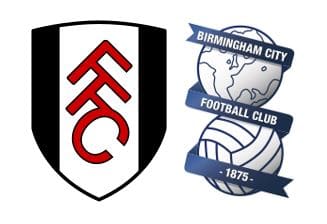