Fulham and Barnsley couldn't be more contrasted if they tried right now; one is pushing for the title and scoring at will whilst the other is in serious danger of relegation and shipping goals left right and centre. Surely, this is a home banker? Find out with our Fulham vs Barnsley match preview with free tips, predictions and odds mentioned along the way.

Fulham vs Barnsley: A trio of free tips

Fulham to enjoy an easy afternoon

A straight Fulham to win bet is so heavily odds on that it's almost not worth it; that's sh our prediction looks at a minus one handicap. Five of Fulham's last six games, which have all been wins, have been by at least two goals whilst Barnsley have lost four of their last five with three of those four defeats coming by margins bigger than a solitary goal. Given the disparity in league position and goal difference, a minus one handicap should be a pretty comfortable bet to watch come in.

Cottagers to win to nil

Yep, we're on the Fulham to win train again and there is nothing you can say that will change our minds. The Cottagers have won six on the bounce now with the last five all being victories without conceding a goal. If that's not enough evidence to justify our tip we'll point you to Barnsley's away form; three of their last four games on the road have ended in defeats to nil. It doesn't bode to be an enjoyable afternoon for the Championship strugglers.

At this level of football, Aleksander Mitrovic is a scary man. The season is only 17 games old and already the Serbian international has scored 20 goals (and provided a further five assists). With his current strike rate he's on course to shatter the record for the most Championship goals scored in a season. He doesn't look like slowing down either; Mitrovic has scored in each of the last six games with a total goal haul in that period of 11 goals. Barnsley have shipped a fair few goals this season and they have their work cut out to not concede more here.

Find the best odds for Fulham vs Barnsley

Fulham aren't top of the league standings right now but most bookies have them as favourites for the title; that tells you all you need to know about their form both in respect of results and the manner of their displays. Aleksander Mitrovic is obviously key but he's not the only player who needs to be kept under wraps;  Harry Wilson and Neeskens Kebano are just two of the others who have impressed so far this season. As for Barnsley, they've  sacked Markus Schopp but despite that action being taken two weeks ago their is no clear favourite for the job; it doesn't bode well. Until that is sorted the team is in limbo.

FAQ on Fulham vs Barnsley 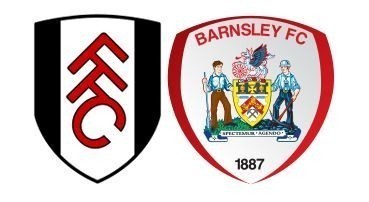