Many tipped Fulham to be the surprise package of the Premier League this season. They invested heavily during the summer and pieced together an interesting squad.

And to be fair to Fulham, they did live up to this billing. Just not as had been expected.

Fulham's fate was sealed after a 4-1 loss to Watford on Tuesday evening. They'll join the already relegated Huddersfield Town in England's second tier next season. Another summer rebuild may be on the cards and to finance that some stars may have to be sold.

With this in mind, we take a look at four Fulham players Premier League clubs will no doubt be looking at as they look to strengthen without breaking the bank. 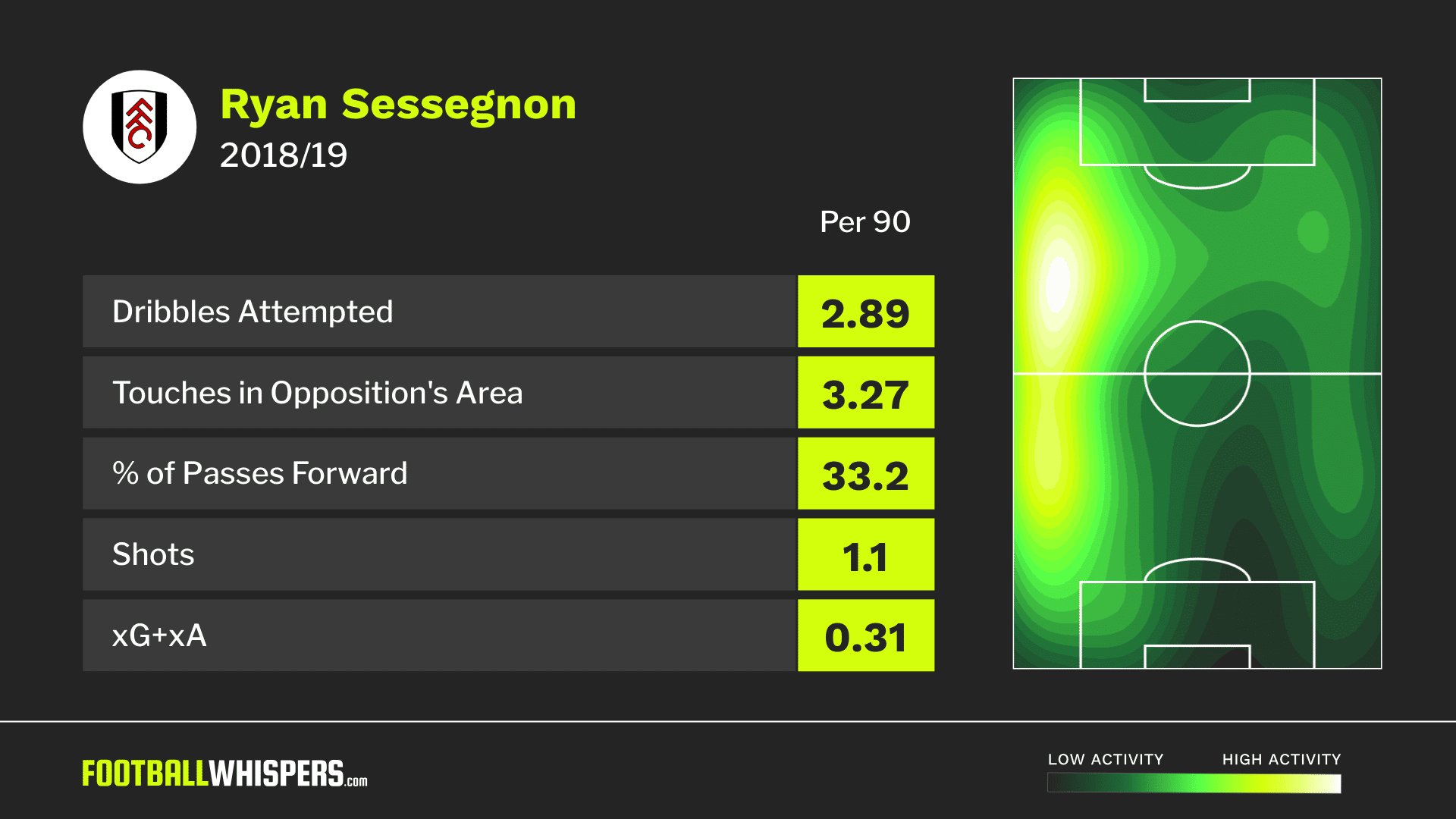 One of the most highly-rated youngsters in the world prior to the current season kicking off, the versatile left-back was linked to Liverpool, Manchester United, Spurs and Manchester City. There was even talk that Paris Saint-Germain wanted to add him to their ranks.

However, his stock has dramatically fallen after a disappointing 2018/19 campaign. The 18-year-old struggled to replicate his goalscoring exploits from the previous year, netting just twice, and hasn't been a guaranteed starter under any of the managers at Fulham this season.

Having said that, the 1,870 minutes of Premier League football will have aided his development and with experience in the English top flight, he’s much less of a gamble.

Rumours are £50million will be required to pry him away from the clutches of Fulham, and the likes of Liverpool, Manchester City, Manchester United and Spurs remain interested, acocrding to reports.

But with just a year left on his deal, that price could well be halved with a few clauses added to keep all parties happy. 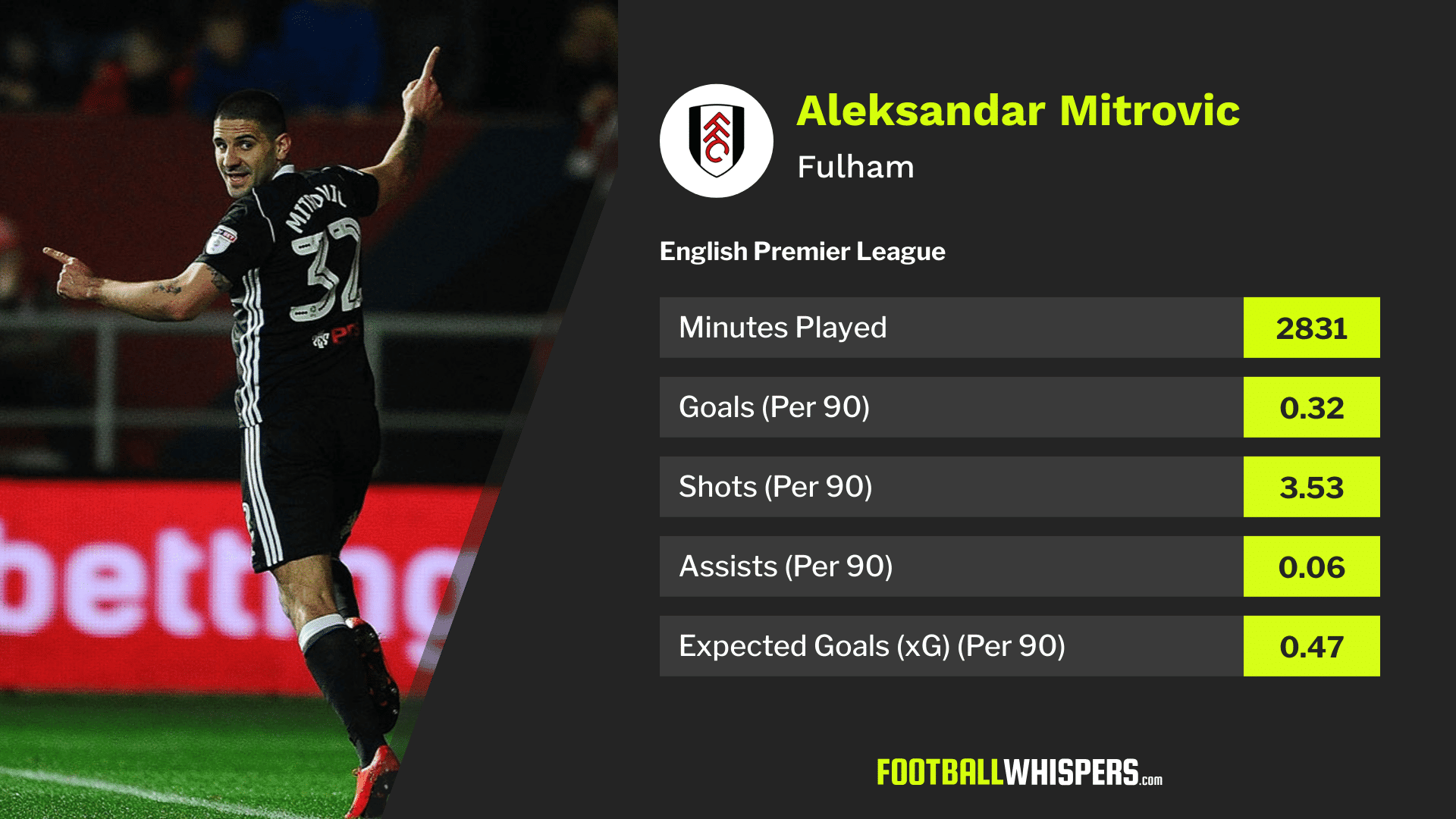 Fulham will have it all to do to keep hold of Mitrović. The powerhouse Serbian has averaged 0.32 goals per 90 this season and their horrid run of form over recent weeks has coincided with him not hitting the back of the net.

The 24-year-old cost a reported £22million last summer and given his exploits this year for the Cottagers, he could well move for close to double that at the end of the campaign. A monster in the air, winning 6.65 aerial duels on average, Mitrovic has scored six headers this season, the most in the Premier League.

He is ideal for a team that looks to get the ball into the area and his goals could well be the difference between a mid-table finish a push for a Europa League place.

He’s exactly the type of forward favoured by Brendan Rodgers and if the Leicester City manager is given funds to spend he may come calling for the former Newcastle United man.

The dynamic midfielder was at one time a reported transfer target for Barcelona. José Mourinho also wanted to add him to his squad at Manchester United while there had been reports in France that Liverpool viewed him as an alternative to Naby Keïta before they finally struck a deal with RB Leipzig.

A move to Fulham was supposed to be a stepping stone to an even bigger club. An opportunity to put himself in the most glamorous of shop windows: the Premier League.

The former Swansea City man made the switch to Craven Cottage in the summer for a fee believed to be £20million. He was on the peripheral of the England squad before the move but injuries and disappointing form has resulted in the defender not receiving another call up to Gareth Southgate's squad.

Spurs were rumoured to be keen on the 25-year-old prior to his move to Fulham, and West Ham United had a bid turned down by Swansea. Both may still hold an interest if the price is right.

Likewise, one of the top six could attempt to supplement their homegrown quota by signing the centre-back.

Adept on the ball, he wouldn't look out of place in a side that dominates possession. His aerial ability is a bonus but would be a welcomed one for any side in the top flight.