Much like Wolverhampton Wanderers, Fulham sauntered into the new Premier League season with loftier ambitions than merely avoiding relegation straight back down to the Championship.

That wasn't all. Aleksandar Mitrović, whose goals on loan in the second half of last season propelled the club to promotion, was captured on a permanent basis, while Sergio Rico, Calum Chambers and Luciano Vietto were among those who joined loanee Schurrle.

Back in the top flight after a four-year absence and with a raft of exciting new faces to complement more established first-teamers like Ryan Sessegnon, Tom Cairney and Tim Ream, there was a palpable sense of anticipation as the new season dawned.

Three months on, however, and that excitement has been replaced by a deepening malaise, one that has afflicted the club to a point where Slaviša Jokanović is now flirting dangerously with becoming the first managerial casualty of the 2018/19 Premier League season.

It wasn't supposed to be this way. This year promised to be Jokanović's redemption. Having guided Watford to promotion in 2015, the Serb left Vicarage Road before a ball was kicked in the new season after failing to agree a new contract.

This summer, thankfully, saw no such upheaval. Having gained Khan's trust, Jokanović was tipped to lead Fulham's bolstered ranks through an exciting return to the Premier League. Instead, with one win and five points from 11 games, the 50-year-old finds himself staring into the abyss with Fulham sliding back towards the second tier.

With back-to-back defeats to Crystal Palace and Tottenham Hotspur, their initiation was admittedly far from smooth but, after a midfield masterclass from Seri guided them to a thumping 4-2 win over Burnley, things seemed to be on the up.

Since then, however, Fulham have managed just two points from a possible 24, a miserable run in which they have shipped three or more goals on five occasions. And while losing to Arsenal and Manchester City is hardly degrading, squandering the lead to eventually lose 4-2 to then-winless Cardiff City laid bare the scale of the task facing Jokanović.

Intriguingly, he is no stranger to pressure around this time of year. Last season, a six-game winless streak left Fulham languishing down in 17th in the Championship with Jokanović fighting for his job. Luckily, a stunning 5-4 win over Sheffield United proved the turning point but it's difficult to imagine them engineering a similarly stunning resurgence in the top flight.

And, following their latest dismal defeat, to Huddersfield Town on Monday night, the club's supporters are entitled to ask how dreams of becoming the next Bournemouth have been replaced with a genuine fear that this season may produce one of the most expensive relegations English football has ever seen.

Let's start with the signings. For much of his time at Craven Cottage, Jokanović has both overseen matters on the pitch while vexing at matters off it. The summer of 2017 brought much frustration as Jokanović became locked in a power struggle with Craig Kline, the man in charge of Fulham's transfer business.

Marginalised and frustrated, Jokanović often cut a gloomy figure in press conferences when asked about recruitment, but when Kline was sacked last year and Jokanović was afforded more power, he combined with the owner's son, Tony Khan, data analyst James Lovell, chief scout Brian Talbot and chief executive Alistair Mackintosh to plot the Fulham of the future. 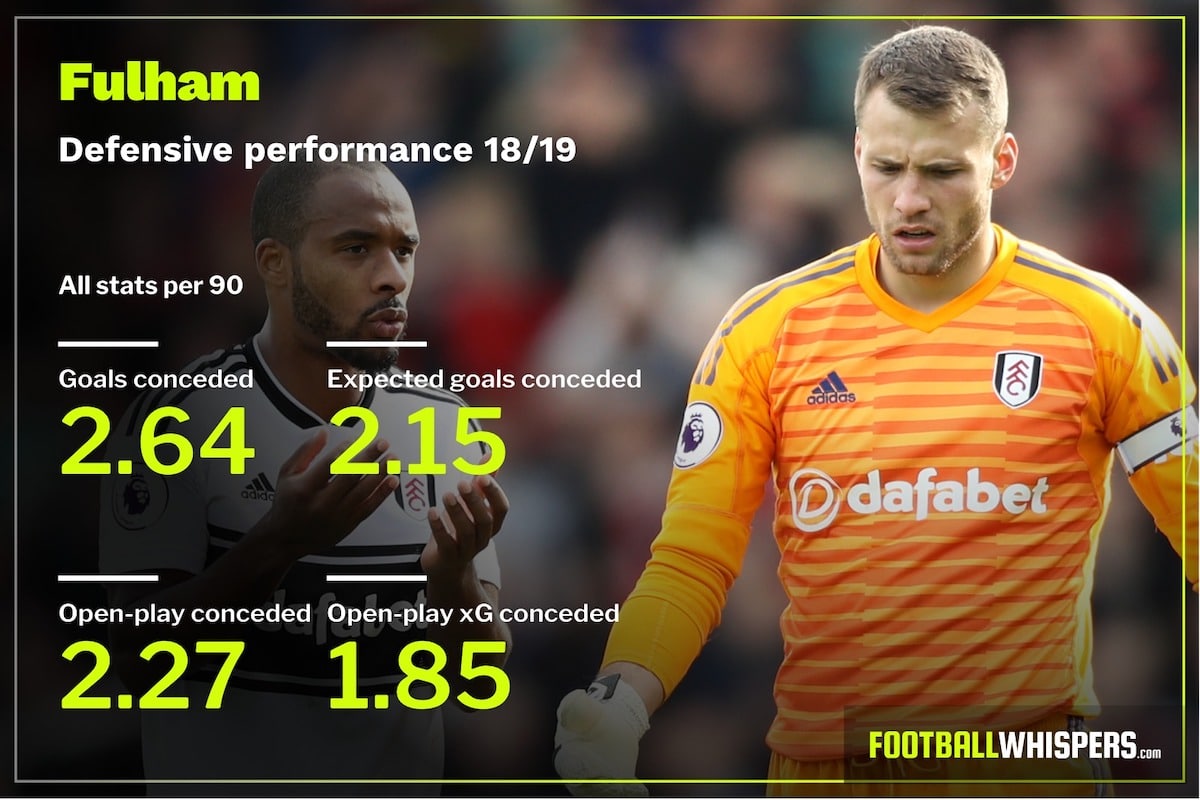 Crucially, though, while Jokanović's input was heard, the overall responsibility still fell on the higher-ups.

But they initially seemed to deliver. In Seri, they got a player who last year was a Barcelona transfer target, and Schürrle, a proven German international who can rightfully claim to have created a World Cup-winning goal.

Between them, they have five goals, with Mitrović adding a further five (although the Serb has gone five games without one).

No, Fulham's problems lie further back. Twenty-nine goals conceded from 11 games is a shocking return. The departure of Ryan Fredericks, who excelled at right-back last season, has been felt while the failure to land Matt Targett on a permanent basis following an impressive stint on loan last season will have surely disappointed the manager, particularly given how much their full-backs provided in both attack and defence throughout their promotion bid.

But it's important to note that, while he may not have had as much say in transfers as he would have liked, Jokanović's inability to tighten things up at the back is alarming. Conceding goals at a current rate of 2.64 per game, continue at the same rate and the Cottagers will concede 100 by the end of the season. 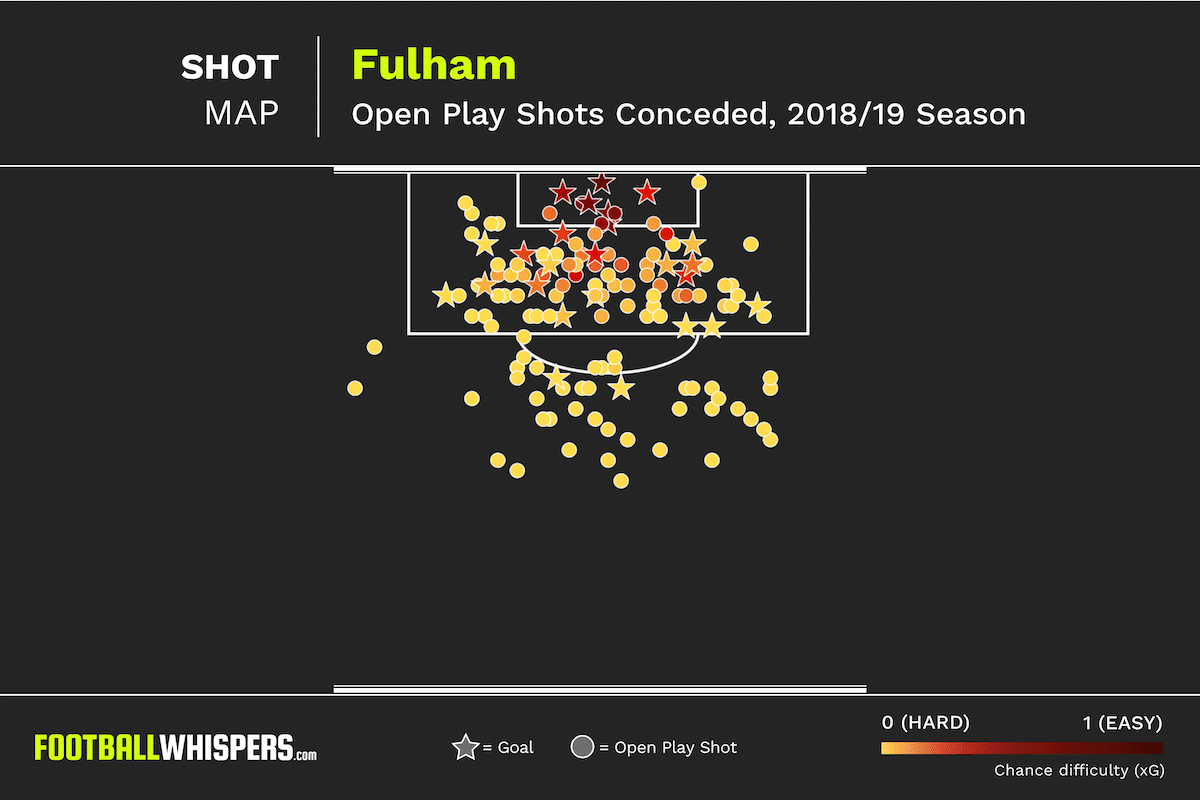 Alfie Mawson and Joe Bryan's campaigns have been hampered by injury, too, but whatever sympathy Jokanović may attract is negated when you consider that he dropped Marcus Bettinelli for Rico just a couple of days after the England goalkeeper's contract extension was announced.

Despite what some people may think, Jokanović did not spend £100million, but his job still requires him to integrate the new signings into the squad, establish a clear identity and show signs of progression.

His constant chopping and changing has bred instability while his philosophy of possession-based football has been easily found out by slicker, more organised Premier League sides.

Even against Huddersfield, who hadn't scored a goal at home in 205 days, Jokanović seemed hopelessly out of reach of the ‘solution' which he has regularly referred to during this disastrous run. Having failed to register a shot on the Terriers' goal, he made two substitutions at half-time, suggesting that not even he was fully confident in the team he'd sent out.

Managers with limited control over transfers often grow disgruntled and, with their form on the slide, Jokanović's future at Fulham appears bleak, particularly with visits to Liverpool, Chelsea and Manchester United to come in their next five league outings. Perhaps Jokanović did not get the players he wanted but his attempts to establish a working formula have so far been scattergun, confused and hugely ineffective.

There is no one person to blame. Individual errors are a player's error but Fulham's muddled approach on a weekly basis this season must come back on the manager. He is not the only one to blame but will almost certainly be the first one to go.