One of the first Copa del Rey matches scheduled for Thursday is the Fuenlabrada vs Cadiz duel. With that in mind, let's take a closer look at this match and what we can expect from it.

Our top betting tips and picks for Fuenlabrada vs Cadiz

If you are looking for free Copa del Rey betting tips, including our top predictions for Fuenlabrada vs Cadiz, we can help you out:

Fuenlabrada and Cadiz to Draw at Half Time

This is one of the hardest matches to predict since both teams have struggled this season in their respective leagues. We expect a close duel and a draw sounds like the most reasonable outcome.

However, we would suggest betting on a draw at half time instead. We don't see a lot of goals being scored and 0-0 at half time is very realistic. After all, that already happened in the last two meetings between Fuenlabrada and Cadiz.

In addition to this, Fuenlabrada is at the very bottom of La Liga 2 in terms of goals, with an average of just 1.82 goals per game. Meanwhile, Cadiz averaged 2.56 goals per game in the league until now.

Top odds and important stats for Fuenlabrada vs Cadiz

If you wish to bet on the best odds for Fuenlabrada vs Cadiz, check our list of odds taken from a few different bookies in UK:

This is perhaps the closest matchup in this round of Copa del Rey, so let's take a closer look at both teams right now:

It's been a difficult season for Fuenlabrada so far since the team is currently sitting in the relegation zone in La Liga 2 after failing to get a win in the last thirteen games. That being said, the team did draw a lot of times this season, so they are only four points away from safety at this moment and they can still hope to avoid a move to a lower division.

There are a few questions regarding Fuenlabrada's potential lineup. For example, Jano and Konate could return from injury, although it's unlikely too early to see them suit up on against Cadiz. Meanwhile, it's certain that Juanma and Valentin will miss this game with injuries.

With four losses and two draws in the last six games in La Liga, Cadiz is clearly far from a good form. In fact, that's been the case for the team most of the season since Cadiz is only ahead of Levante in the standings and one of the main candidates for relegation. So, the fans are probably not that hopeful for the rest of the season.

In addition to this, Cadiz is dealing with more than a few personnel issues. Lozanon, Ander, and Arzamendia are all out with injuries, while Perea is out after being tested positive for coronavirus.

The usual questions for Fuenlabrada vs Cadiz 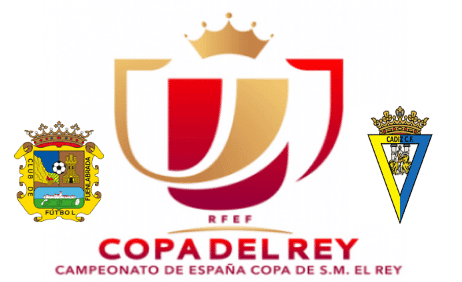