When it comes to the quality of players, the Russian Football Premier League is one of the most undervalued leagues in Europe.

But the RFPL has numerous names who could make the jump to Western Europe as early as this winter. 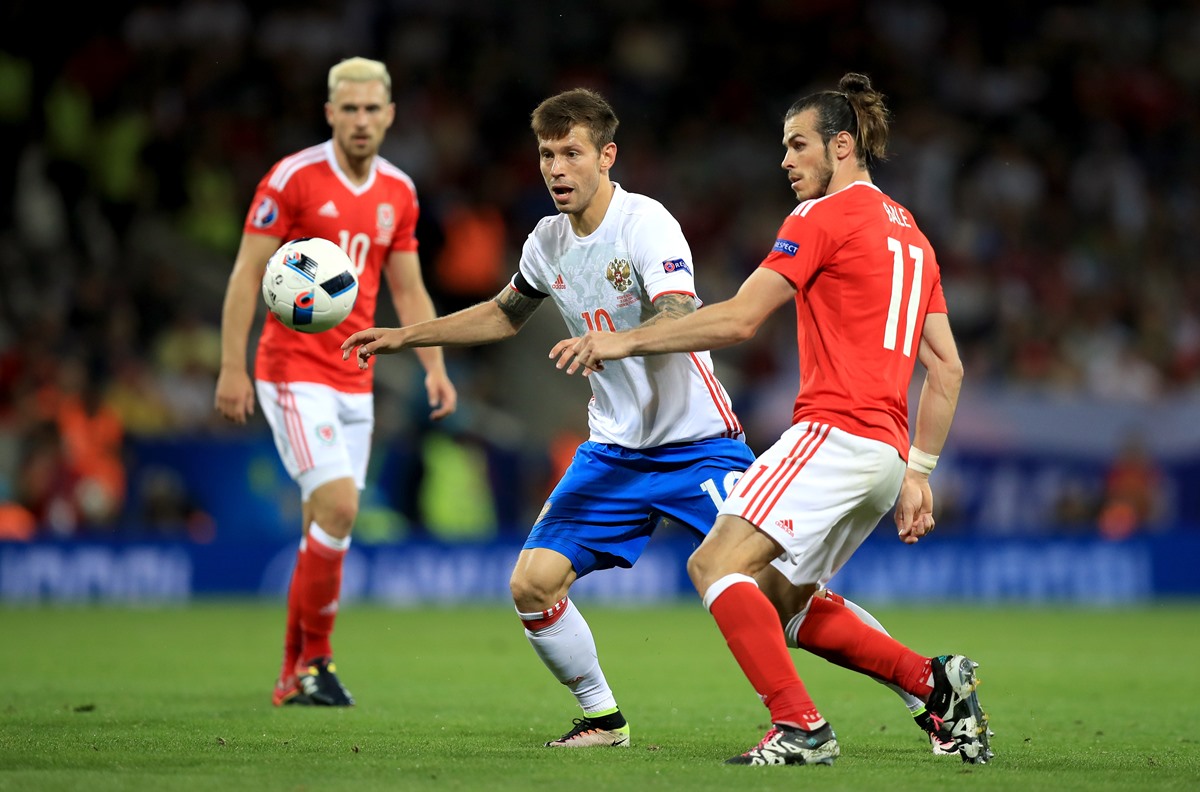 Fedor Smolov, from FC Krasnodar, is a natural-born forward. The striker won the golden boot in the Russian Football Premier League with 20 goals in 29 games, a remarkable season given he had finished the first half of the season with just five goals.

The catalyst was switching positions from left-wing to centre-forward in the winter break. Since then, he has been on fire, scoring 15 goals in as many games in the second half of the 2015-16 season.

He has not stopped scoring this year, and already has 10 goals in 12 RFPL games, as well as three goals in four Europa League matches.

In an interview with Russia’s Match TV, the 26-year-old stated that he would like to move to Germany to join one club in particular—likely Borussia Dortmund—for €10million. There have also been rumours about him joining Liverpool. 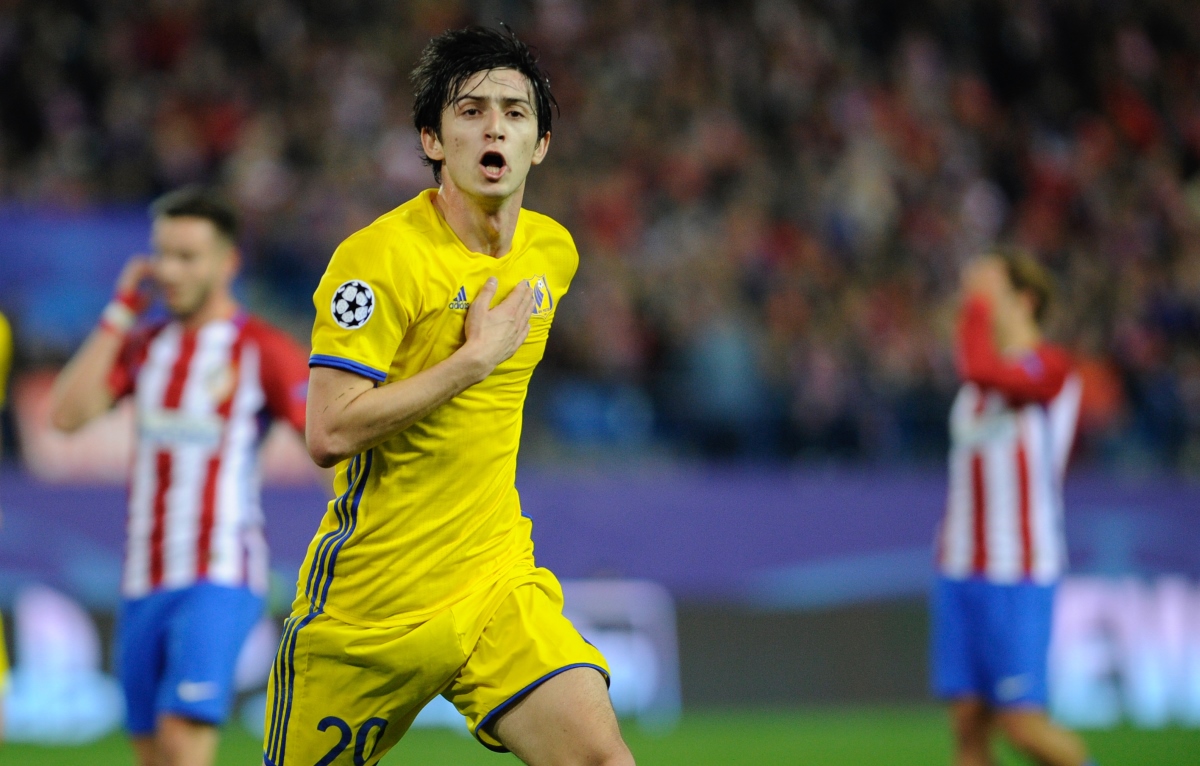 Sardar Azmoun has been one of the biggest revelations in Russia over the last two seasons.

In 2015-16, he was a major part of FC Rostov, a team later dubbed the Russian Leicester because they came within one game of winning the Russian championship despite facing bankruptcy at the beginning of the season.

The quick Iranian forward was on a loan deal from Rubin Kazan, but then forced a permanent deal to Rostov last summer. Azmoun was adamant that he wanted to prove himself in the Champions League this season, which he did in spectacular fashion by scoring against Atletico Madrid and in Rostov’s sensational 3-2 victory over Bayern Munich.

A typical counter-attacking player, Azmoun would be a great fit for Liverpool, who have already been linked with a transfer fee in the region of €20million. 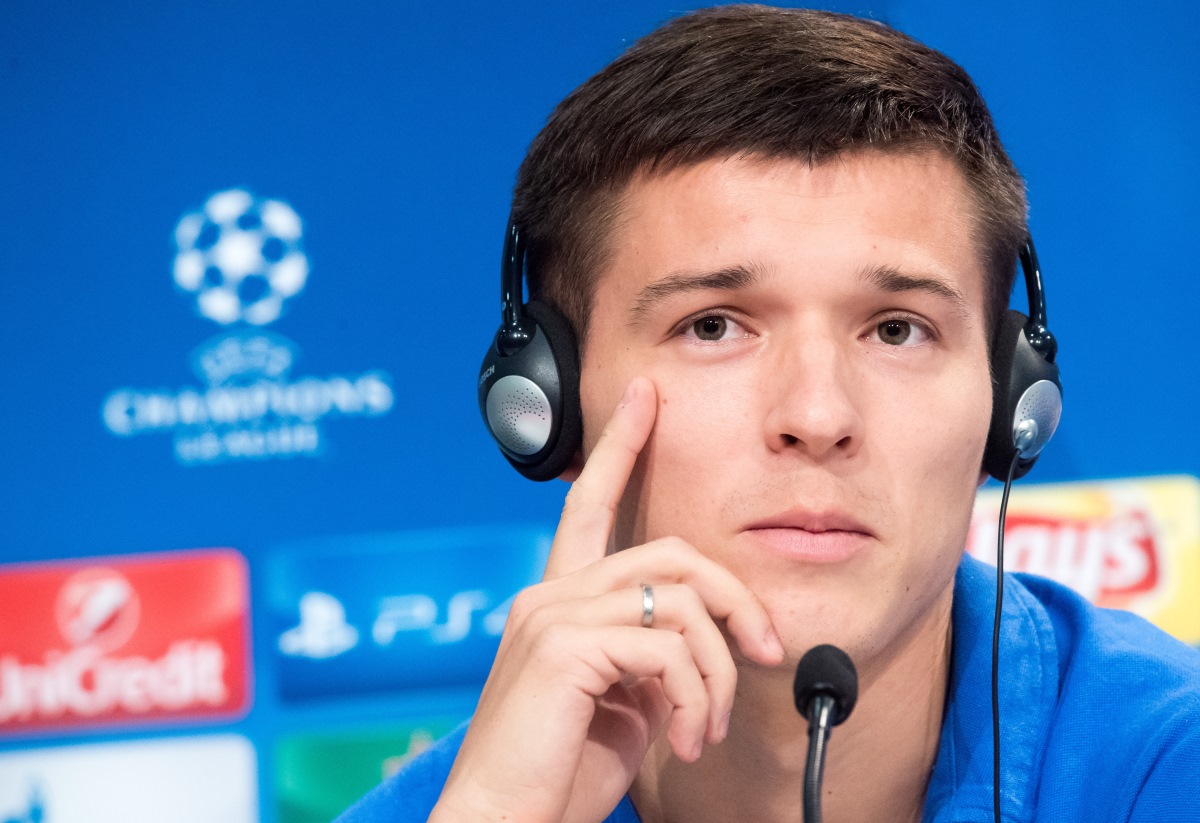 Azmoun’s striking partner at FC Rostov, Dmitry Poloz will often drop deep in order to collect the ball and set up goals for his teammate. Despite this, he is also a danger man himself, scoring four goals, and chipping in with five assists in 14 RFPL matches this season. He was also terrific in Rostov’s surprise victory against Bayern.

The 25-year-old is fast and dynamic, and has a work rate that is second to none. He is also a leader on the pitch, and was instrumental in Rostov reaching the Champions League group stage by scoring two goals in four qualification matches. He added another three in the group stage.

Clubs are certain to track his development closely in the Europa League knockout stage. There is no question that Premier League clubs have also noticed the player, and he could be a better, and cheaper, fit for Liverpool than Azmoun. 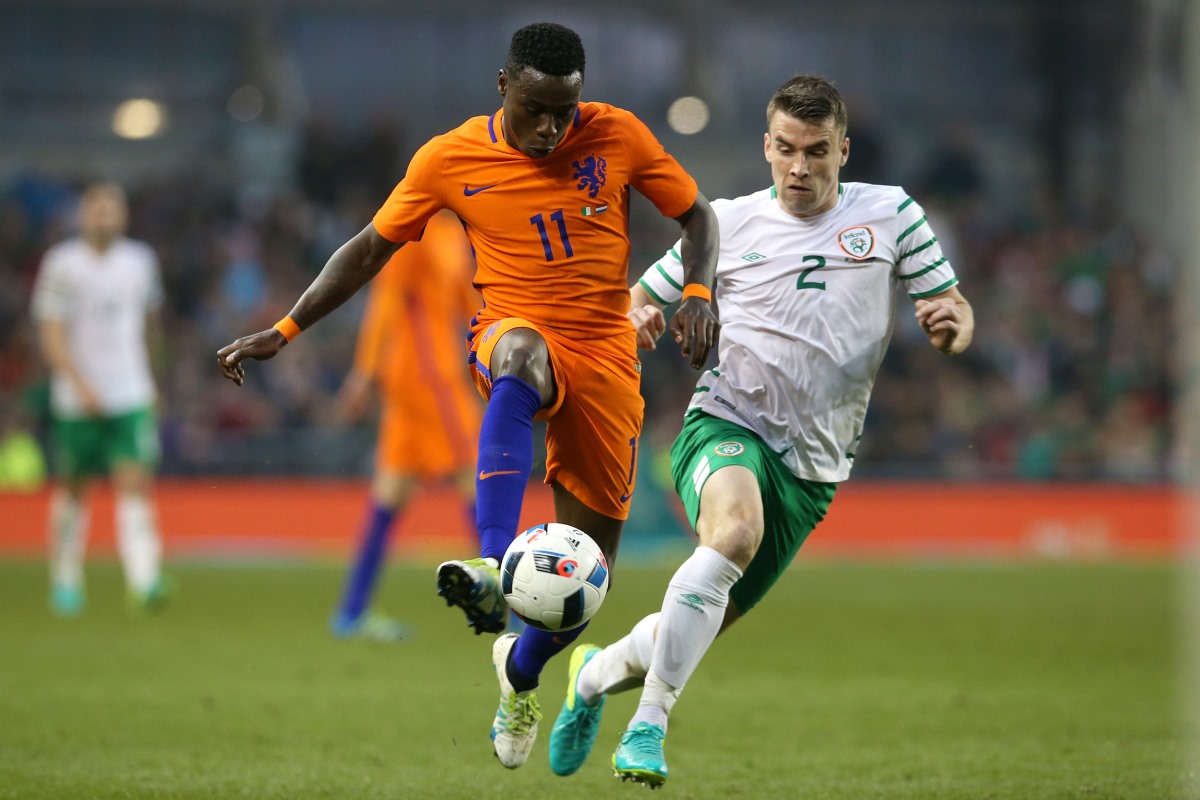 Dutch winger Quincy Promes is perhaps the most valuable player in the Russian game. The 25-year-old Spartak Moscow player has been one of the big reasons why Spartak can dare to dream about winning the Russian title this year.

With six goals and seven assists, Promes is a consistent threat for any defensive line.

The Netherlands international, who was brought in from FC Twente for €11.5million in 2014, has been heavily linked with a move to Liverpool this winter.

Promes has an exit clause understood to be €50million, but Spartak’s owner, the oil tycoon Leonid Fedun, is a tough negotiator.

Check out our detailed analysis on Promes – and whether he would be the right fit for Liverpool.

Spartak Moscow’s Fernando has been another big reason for the Myaso’s success this season. The defensive midfielder combines technical elements with brute force to dominate the centre of the park.

Always bordering on the illegal, Fernando is a physical player—not unlike Bayern’s Arturo Vidal. But the Brazilian is also a smart player, and his tactical awareness means that his tough play seldom endangers his teammates.

The comparison to Vidal is striking when looking both at Fernando’s passing, and ball interception rates.

We discussed Fernando's role in #Spartak‘s success this season on the @WorldFootballi @FutbolgradLive Podcast. Here is my scouting report. https://t.co/k4Hv843IYs

Chelsea have been linked with Vidal as Antonio Conte wants to bring in another midfielder but, with the Bayern Munich man unavailable, don’t be surprised if they have Fernando, who will likely cost €20million, on their radar. 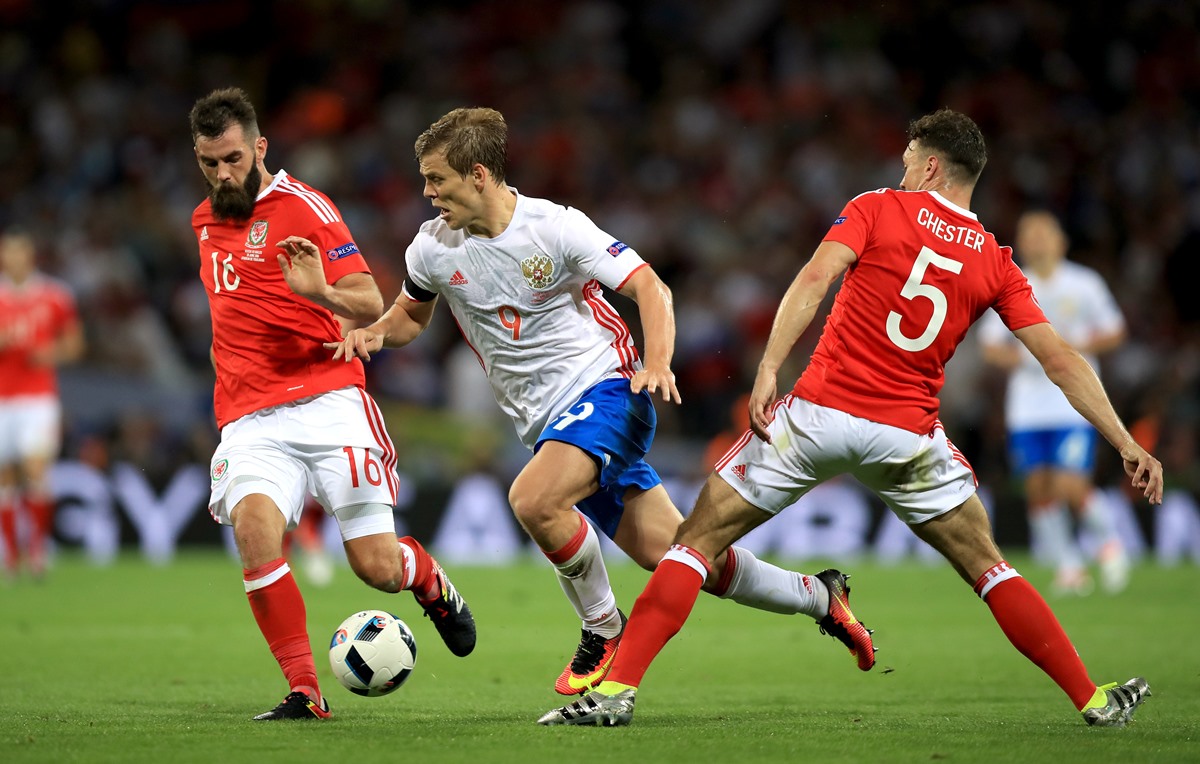 Aleksandr Kokorin has been linked frequently with a move to the English Premier League, as Arsenal’s manager, Arsene Wenger, seems to be fond of the player. A deal seemed imminent last winter, but instead Kokorin moved from Dinamo Moscow to Zenit Saint Petersburg.

The talented Russian forward was always on the cusp of stardom, but never really fulfilled his promise until this season when Zenit boss Mircea Lucescu moved him from the centre to the right wing and he scored four goals in six Europa League matches.

Arsenal are likely to try once again to swoop in for the player, who probably will command a transfer fee of about €15million. 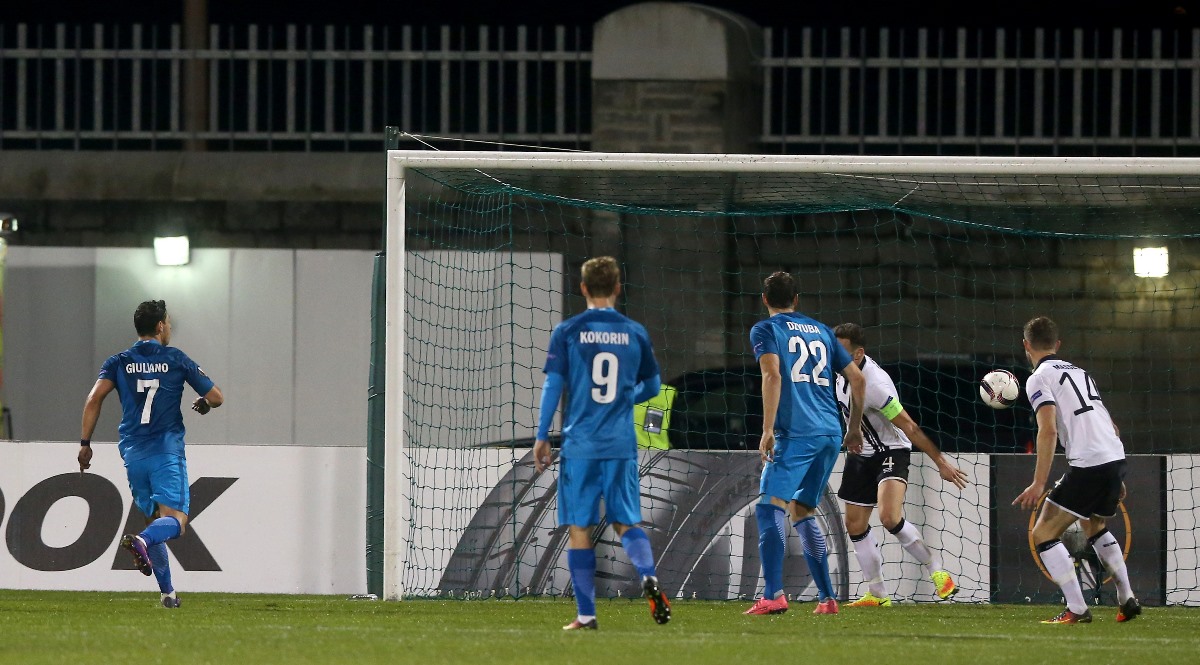 Giuliano has been another revelation at Zenit Saint Petersburg this season. Brought in from Gremio in the summer, Giuliano was converted from a winger to a false nine by Lucescu to devastating effect.

Zenit, under Lucescu, appear to move towards developing Brazilians for the European market, and a prolific goal-scoring offensive midfielder who is valued €15million, will certainly be high on the shopping list for any major club in Western Europe.

Brazilian right-back Mario Fernandes, who has recently taken Russian citizenship, is one of the top players in the Russian game.

As a player, Fernandes has no fundamental weaknesses; his passing ability, tackling, and his ability to hold on to the ball are second to none. He looks a bit like Philipp Lahm, but at 189cm he is significantly better in the air than the German who made him name as a wing-back.

Valued at €15million, Fernandes has recently been linked with a move to Barcelona, who are desperately looking to bring in a right-back, but there has also been chatter about several Premier League teams, including Everton, looking at the player. 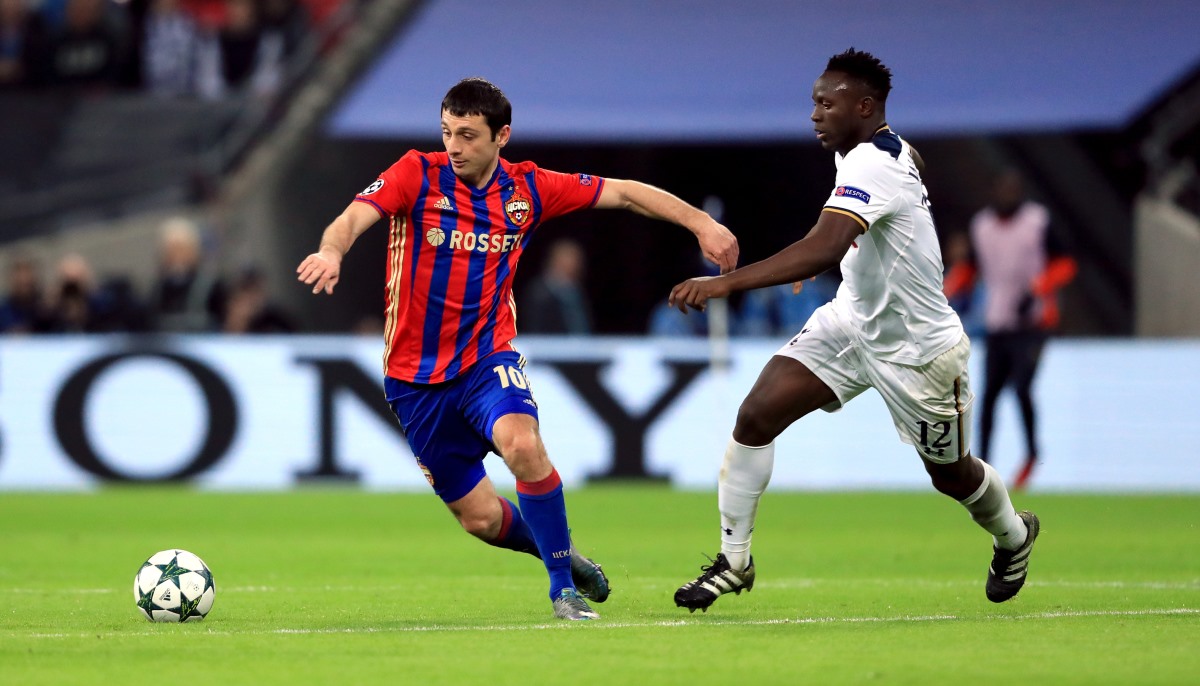 CSKA Moscow’s Alan Dzagoev has recently been linked with a move to Everton in the Premier League. A fast agile attacking midfielder who can also play as a deep-lying playmaker, Dzagoev appears determined to move abroad.

CSKA also seem willing to sell the midfielder, as the club is looking to rebuild over the winter break—there had been talk that the Red Army team could sign Oumar Niasse in return for letting Dzagoev go to the Merseyside club for around €25million, though Niasse has since signed on loan for Hull City.