Since they lifted the World Cup on home soil in 1998 and followed it up with the Euro 2000 triumph over Italy, France have done well in international tournaments, but they’ve not emerged victorious in the last 18 years.

However, when it comes to youth development, there are not many countries that can stand toe-to-toe with Les Bleus.

Their under-20 side, with Paul Pogba, Florian Thauvin and Samuel Umtiti, won the 2013 World Cup in Turkey.

When the under-19 squad, with Kylian Mbappé and Jean-Kévin Augustin at the fore, were victorious at the 2016 European Champions, it was the eighth time France had won that tournament.

With Premier League clubs constantly searching through Ligue 1 squads and their youth teams for emerging talent, you must believe Les Espoirs and France’s under-20 and under-19 squads are also being closely watched.

As the qualification process for the 2018 European Championships reaches its climax, France named their squad for the fixtures against Bulgaria, Belgium and Spain, which will decide who reaches the tournament.

Unless you are a Ligue 1 aficionado and are keeping an eye on the next big things, some of the names won’t be familiar. But, without a doubt, give it 18 months and English sides will be swooping to try and sign them up.

We’ve picked out six of the hottest talents in the France Under-19 squad and the names you need to remember.

The 18-year-old jumped to fame when he scored eight times to finish as the top scorer of the 2017 European Under-17 Championships.

He made his Ligue 1 debut for OL in November 2017, coming off the bench in the goalless draw with Montpellier and he now has five appearances to his name.

Still looking for his first senior goal, he’s also featured in the Europa League and the domestic cups.

Big and stocky, Gouiri has it all: close control, the speed to play off the shoulder of the last defender and the killer instinct to finish chances. Lyon have very high hopes for their teenage striker.

On their way to the knockout stages of the Europa League, the young midfielder played a huge part in Marseille's success through the group fixtures.

Starting against Konyaspor, Red Bull Salzburg and home and away to Vitoria Guimarães, he got a taste of what life could be like in the first team.

Per 90 minutes, no one in his team has won more tackles in Europe than Kamara’s 4.8, and his 2.8 interceptions ranks second in the squad, ahead of André-Frank Zambo Anguissa and Luiz Gustavo, the senior defensive midfielders who are usually picked ahead of him.

Far from a destroyer, Kamara has shown himself to have an keen eye for a pass, both from deep and in the final third. Plus, with a sound technical side, he’s calm and composed when in possession.

Coming through the youth system at Le Havre, it was almost inevitable the diminutive attacker would be labelled the ‘new Riyad Mahrez’.

Rennes were quick to pounce, signing him on a deal lasting until 2022 for £8million in January. Guitane had only made 11 appearances in the second division, twice from the start, before the Breton side moved in, but with two assists and a goal to his name, they had obviously seen enough.

Currently back on loan at the west coast club, he has the freedom to excel in Ligue 2 till the end of the season.

Finding pockets of space between the midfield and defence, the ball seems to stick to Guitane’s boots like glue as he skips by players like Chelsea's Eden Hazard.

With the drive to push the ball up the pitch and the vision to pick a pass with his left foot, the 18-year-old is a very exciting player to watch. 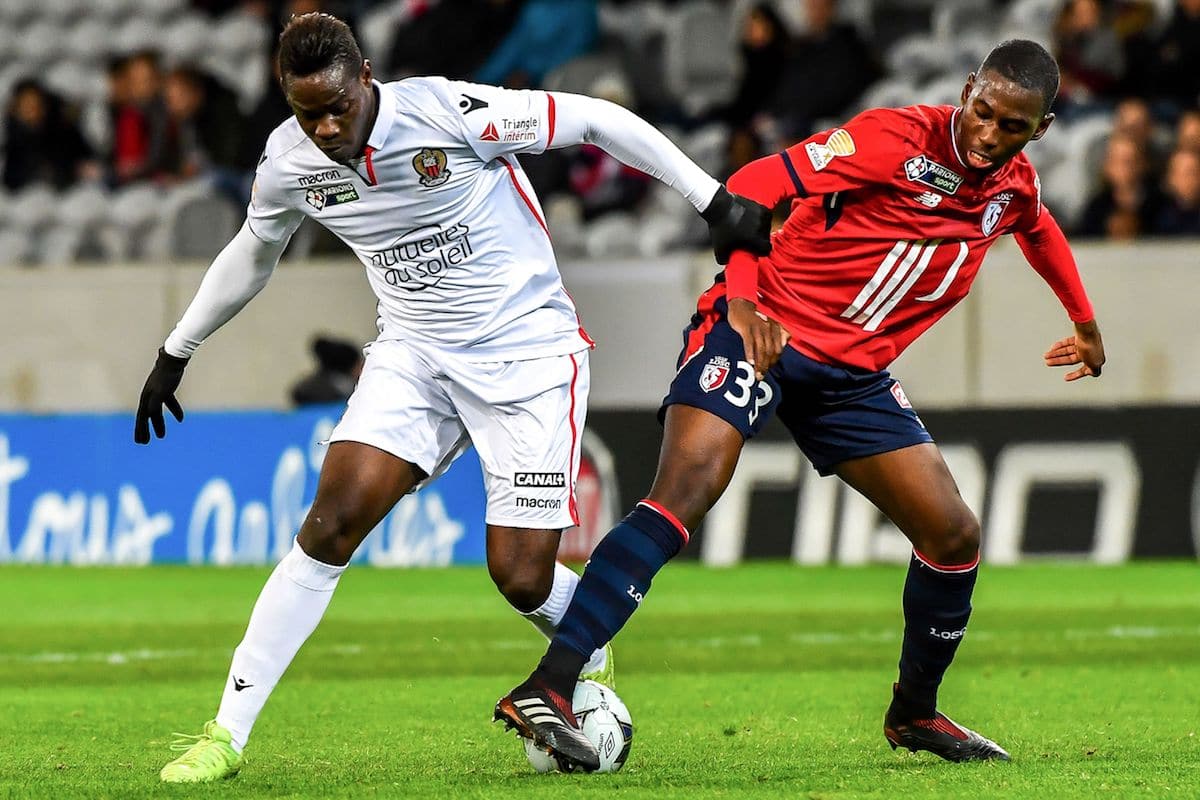 As Lille were desperately scrambling around to raise funds in January, their 19-year-old midfielder was a surprise link for Manchester City, but it was clear something had attracted them to Soumaré's talents.

Reports suggested City's academy chief, Brian Marwood, was in the north of France early in the year, watching as the teenager started in the 2-1 defeat to Rennes at the Stade Pierre Mauroy.

What he would have seen is a midfielder who looks very comfortable on the ball. Playing at the base of a 4-1-4-1 formation, he didn’t look like someone who has played only 483 minutes of first-team football.

Soumaré has great vision, constantly playing with his head up and looking to pick out passes over the top of the defence. In that sense, you can see the similarities to Manchester United’s Pogba, especially during his early years at Le Havre and United.

Although he has yet to feature in Monaco’s first-team, the 19-year-old has impressed enough for their UEFA Youth League team and the excitement is starting to build.

Able to play across the attack, he's set up chances for fellow youngster Irvin Cardona with passes in behind the attack, or he’s played as the No.9, finishing well against Tottenham Hotspur when he received the ball with his back to goal in a crowded penalty area.

Spurs knocked Monaco out on penalties that day, but it didn’t stop Alioui finishing the competition strongly, scoring five goals in five games. They may have lost Mbappé in the summer, but all is well behind the scenes as the next generation continue to emerge from the Principality.

Part of the France squad which played at the Under-17 World Cup last year, Pintor’s stock has continued to rise. Making his Ligue 2 debut in December, he’s only featured for 35 minutes over four games but, still only 17 years old, it shows just how well he is regarded at the Breton club.

In the last-16 tie against Spain, although France would eventually lose, it was Pintor who opened the scoring. Running down the left wing, he tricked his way inside on to his right foot, before finding the bottom corner.

Playing for Brest, he’s kept his game simple so far, but you know from his explosive moments with his country there is more to come.

For someone his age, he’s big and strong and holds the ball up well, but has lightning pace to burn defenders down the wing.