The game between Freiburg and Hoffenheim might be the most interesting duel of this weekend. Die Kraichgauer will be eager to go above their upcoming rivals while Freiburg has a chance to enter the top three.

Freiburg had been going through consecutive defeats in the Bundesliga but rediscovered their victory in their last match. They have lost three of the last five league games. On the other hand, Hoffenheim comes into this game after three wins in a row. But the away stadiums have been tricky for them as they have lost three of the last four attempts out of their home. Adding more, Freiburg seems more confident over their home advantage following four unbeaten games out of five at their home stadium. Three of the last four H2Hs also witnessed Breisgau-Brasilianer on the winning side. The hosts will be our favourites to get the lead in this game.

We have seen a bunch of goals in the recent games of Hoffenheim. They have scored 13 goals in the last five matches and scored 11 of them in just the last three outings. On the other side, Freiburg were lagging in their attacking line but scored six goals in their last game. So we expect a high-scoring total from the teams in this game. Three of the last five H2Hs also followed the same outcome.

Freiburg has scored four of the last five matches but they seem assured to score in their camping ground. Though the team didn’t score in the last home game, they had been consistent and scored in all of the recent games besides the previous match. On the other hand, Hoffenheim also missed the chance only once to hit the target in the previous six games. So the chances are more to see the goals from both sides. But the hosts are likely to hold the rivals to a low score as they claimed two clean sheets in the last five H2Hs.

Freiburg vs Hoffenheim: Check out the best odds and the latest stats

Breisgau-Brasilianer hammered Monchengladbach by 0-6 in their last game and scored all of the six goals in the first half. After the last win, Freiburg had straight three defeats before the last game but the previous win helped them to stay in the fourth position of the points table. The club manager Christian Streich has two medical concerns to report before this game.

Die Kraichgauer got their consecutive third win in the last game against Eintracht Frankfurt. They have four wins in the last five league outings, losing the remaining one. Hoffenheim currently stands in fifth place on the points table of the 2021/22 Bundesliga campaign. The club boss Sabestian Hoeneb will have five players out of the squad due to fitness concerns.

Questions About Freiburg vs Hoffenheim 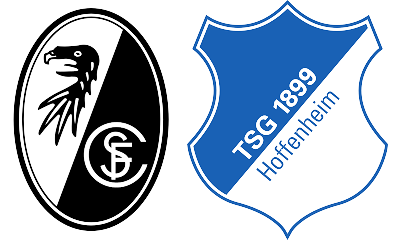