Christian Streich's men continued their unbeaten run into Matchday 10, making little work of Wolfsburg on the road. They will be in the comforts of SC Stadion as they host struggling Greuther Furth on October 30.

Here are our predictions for Freiburg vs Furth.

It is difficult to look at Greuther Furth's redemption in this match, given the form of SC Freiburg. The Breisgau Brazilians claimed a 0-2 win over Wolfsburg on the road last time around and should continue their unbeaten start to the campaign with a win against the Colverleaves.

With Furth winless this season with 8 defeats in 9 matches, expect Streich's men to dominate them. The last three meetings between these sides have seen fifteen goals, all finished with Over 2.5 total goals in each instance. Freiburg was the victor on each occasion and we expect history to repeat itself in this high scoring affair at the SC Stadion.

Christian Streich's men have not allowed their rivals room to breath this season but the Cloverleaves will have confidence in their abilities despite their winless start to the 2021/22 campaign. They have scored five times against the vultures, whilst shipping in ten goals themselves. Freiburg will be prone to conceding goals as fatigue sets in them after a gruelling win in DFB Pokal that required extra time to separate them with Osnabruck.

Freiburg vs Furth: Check out the best odds and the latest stats

Freiburg continues to take strides under the tutelage of Christian Streich. The Vultures are the team to beat as they go into Round 10 yet to taste defeat this season. While they have done an amicable job in the attack to squeeze past their rivals, it is their defence that has outshone everyone else. With just six goals conceded, they are the envy of Bundesliga outfits.

The Vultures will come face to face with one of those sides this weekend. Greuther Furth's plans of establishing themselves in the German top-flight football have gone awry. Their defence has conceded league-high 24 goals, while their tally going forward stands at six. Alongside Arminia Bielefeld, they are the only side yet to register a victory in the 2021/22 Bundesliga campaign.

Questions About Freiburg vs Furth 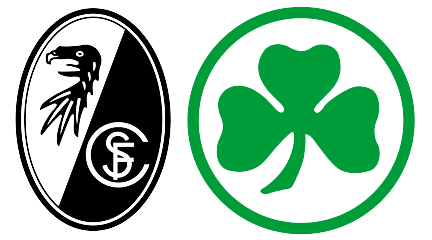 Which team is the favourite to win? Freiburg.