Here are our predictions for Freiburg vs Frankfurt.

Eleven matches into the 2021/22 Bundesliga campaign and SC Freiburg have suffered a lonely defeat to runaway leaders Bayern Munich. The loss came just before the international break and the Breisgau Brazilians will look to get back to winning ways at the first time of asking. Eintracht Frankfurt will stand in their way and will be looking to dampen the mood at the SC-Stadion. However, we are backing the hosts to romp to a victory as the Eagles have yet to impress under Oliver Glasner.

Three of the last four fixtures at the newly unveiled SC-Stadion have concluded with Over 2.5 total goals. A similar statistic is observed in Eintracht Frankfurt's away trips. As the two Bundesliga mainstays face off on November 21, we are backing their recently established trends to continue. The lethargy of international break will play its part and the dropped concentration levels should provide us with a high scoring affair.

This fixture has usually seen just one side hit the back of the net. Four of the last five duels at the home of Freiburg has concluded in this fashion. We are backing the buckling of this trend as both the Vultures and Eagles have found scoring easily in recent weeks. Freiburg has hit the back of the net nine times, while Frankfurt's tally stands at six, including two against the difficult Bayern Munich.

Freiburg vs Frankfurt: Check out the best odds and the latest stats

Match Preview of Freiburg vs Frankfurt: Vultures look to get over Bayern defeat

After ten rounds of Bundesliga action, Freiburg found themselves as the only side yet to taste defeat. They had to travel to the Allianz Arena for their Matchday 11 responsibilities and Bayern Munich ensured the run came to an end. The Breisgau Brazilians still find themselves in lofty positioning and should be able to leverage it against a struggling Eintracht Frankfurt outfit.

Frankfurt coming to terms under the leadership of Oliver Glasner, they will want to give a good account of their abilities this Sunday. The Eagles will be deservedly wary of Christian Streich's men as the hosts have made little work of Wolfsburg and Borussia Dortmund this season. They have claimed four wins in their last five away trips and need to build on it on their trip to SC Stadion.

Questions About Freiburg vs Frankfurt 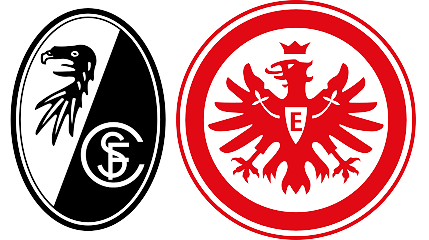 Who won the last h2h? 3-1 in favour of Eintracht Frankfurt.

Where is the game being televised? Arena 4, beIN Sport Max, DAZN Deutsch and Viaplay.

Who are the players to watch out for? Vincenzo Grifo (Freiburg) and Filip Kostic (Frankfurt).