SC Freiburg held Arminia Bielefeld to a nil-nil draw in Round 1 of Bundesliga. They have far tougher opponents for their next fixture in the form of Borussia Dortmund. It will be an interesting match as Der BVB makes the trip to the Schwarzwald-Stadion following defeat to Bayern Munich in the Super Cup during midweek.

A Robert Lewandowski masterclass stunned Borussia Dortmund, who could only watch from the sidelines as Bayern Munich claimed the German Super Cup. Julien Nagelsmann had his first trophy at the expense of the side that denied him the DFB Pokal honours as a parting gift to RB Leipzig. Der BVB will be looking for blood and have the chance to right the wrong against a side that stunned them in February. They have won three of their last five duels with Freiburg and should add to their tally given Christian Streich's men troubles with scoring goals.

Freiburg has only scored once in their two competitive outings this season. On the other hand, BVB has been flush with goals, scoring nine in their three competitive outings. All three of these fixtures finished with an Over 2.5 goals scoreline and Marco Rose will be looking to ensure that trend continues.

With Erling Haaland coming into his own element, it is difficult to stop Borussia Dortmund from scoring. While they have gotten on the scoreboard effortlessly, they have also managed to concede without any qualms. Christian Streich will fancy these statistics and will want to exploit the weaknesses. His side had 14 goal attempts against Arminia Bielefeld and the manager will feel confident that his side can make the scorers work this time around.

Freiburg vs Dortmund: Check out the best odds and the latest stats

Match Preview of Freiburg vs Dortmund

SC Freiburg's scoring woes kept them from breaking the deadlock against Arminia Bielefeld in Round 1. They will want to give a better account of their abilities against Borussia Dortmund, who have a penchant for conceding goals. An early goal can lead to claiming the three points on offer as they go on to win 80% of their matches after claiming a 1-0 lead at home.

For a team averaging three goals per match thus far this season, a one-goal lead will not be enough, especially one that boasts of attacking talents such as Erling Haaland. Nevertheless, Marco Rose will be wary of the toothless Freiburg given his injury concerns. Thorgan Hazard, Marcel Schmelzer, Soumaïla Coulibaly, Mats Hummels, Dan-Axel Zagadou and Mateu Morey Bauza are all receiving treatment and will be absent from this game. 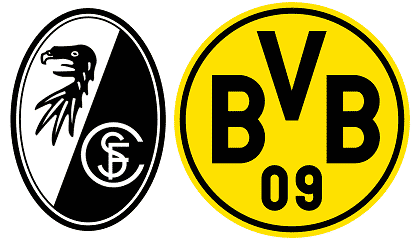 Where is the game being played? Schwarzwald-Stadion.

Which team is the favourite to win? Borussia Dortmund.