After being courted by Manchester City, many expected Fred to hit the ground running after his £50million move to rivals Manchester United. When it comes to transfers, the Premier League champions rarely miss a beat.

If Fred had been on their radar then clearly there was something there and the Red Devils had pulled off a coup. Or at least that was the idea.

That wasn’t to be the case, at least not during his debut season in England anyway. The Brazilian failed to force his way into José Mourinho’s team. Even after the self-proclaimed Special One was replaced, the box-to-box midfielder didn’t have Ole Gunnar Solskjær’s trust

He went on to make 13 starts in the Premier League, racking up just a little over 1,000 minutes. Fred failed to live up to his price-tag. But he wasn’t a short-term signing and even though the world of football demands an immediate impact, United didn’t seem flustered despite having a £50million flop in their squad. 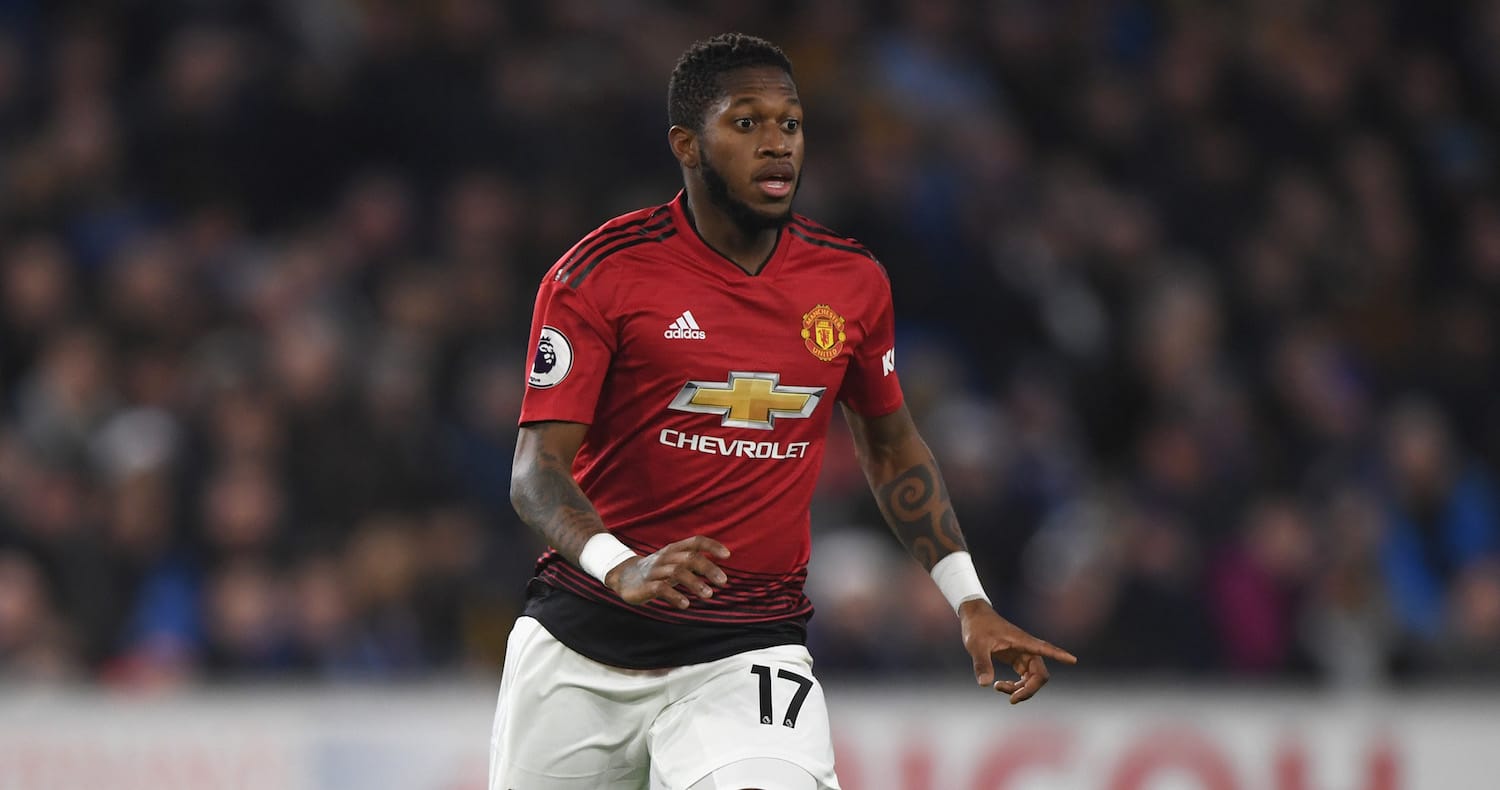 However, if the 26-year-old’s performance against Liverpool is anything to go off, their patience may be paying off. Fred won’t get the same acclaim as Daniel James or Marcus Rashford. He won’t even get the same praise afforded to academy graduate Scott McTominay. But the Brazil international was one of the standout performers as United halted the 17-match winning run of their rivals.

The former Shakhtar man completed 91 per cent of his passes, won 40 per cent of his attempted tackles and he made one interception as the Red Devils went about putting a dent in Liverpool’s early-season title bid.

: “We’re just all a little frustrated that we didn’t hold on to the lead, but we have to be encouraged. We played at a very good pace against Liverpool. We needed that, we haven’t started the league well, but we played with heart, we played with force, we attacked quickly, especially in the first half. The second half we continued well but it was more equal.”

Speaking with the Daily Telegraph, the Man United midfielder went on to discuss how he's adapted to life in England: “My first season was difficult but that is normal when a footballer changes league,” he said. “The Ukrainian league isn’t as strong as the Premier League. It’s faster and more physical here.

“You need to start games strongly and finish them strongly. It’s the full force for 90 minutes, but it takes time to adapt to English football when you come from Ukraine, even though I was playing against some of the best teams in the Champions League, but I believe I am adapting.”

On-ball performances aren’t a good indicator as to whether or not a player has acclimatised. It’s what they do when not in possession that tells that story. And against Liverpool, Fred looked the part as a Premier League midfielder.

United’s 3-5-2 shape was heavily reliant on forcing Liverpool to play crosses into the area from deeper areas. It meant blocking passing lanes and tracking the midfield runners. It wasn't highlight-reel worthy and required concentration for the full 90 minutes.

Fred showed he was up for the task and then some. 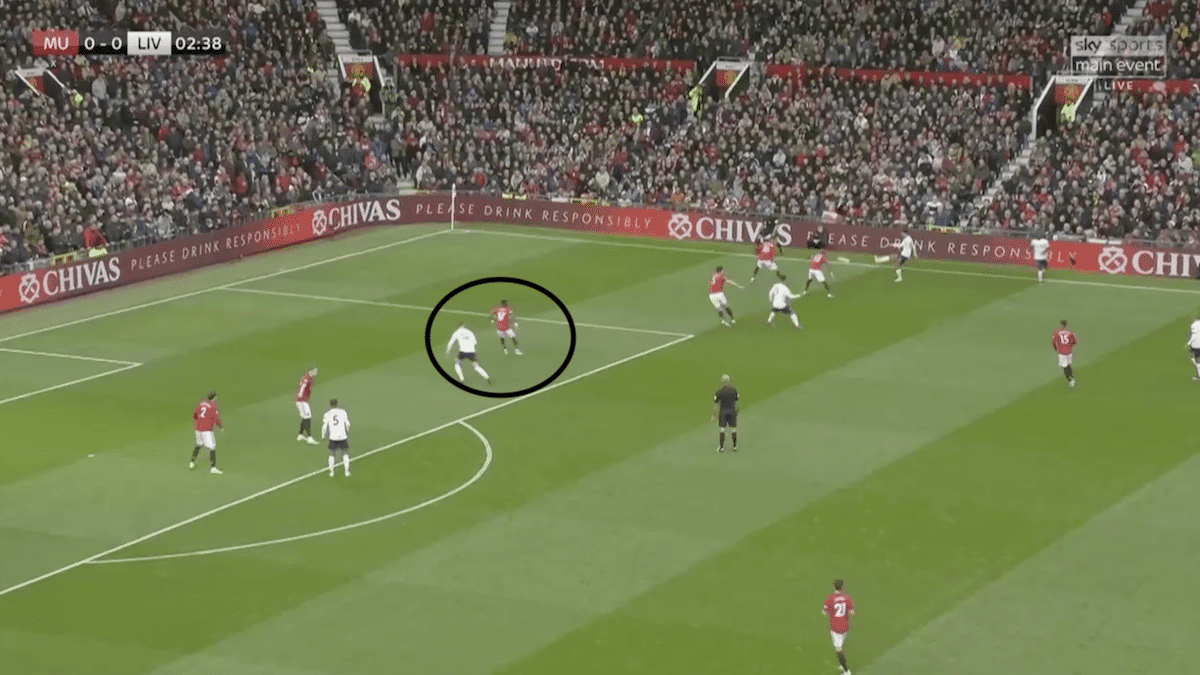 Inside of three minutes he was tested. It's easy to switch off when the game lacks rhythm as it does in the early stages. But in the still above, Fred tracked Jordan Henderson's run from midfield into the penalty area and he got his head to the ball to clear it. Again, it was nothing remarkable but had he switched off for even a moment, United would have found themselves having to defend two-on-two in their own box.

Neither of the two Liverpool players in question, Henderson and Gini Wijnaldum, are the most prolific. But even a shot so early on would've quietened the home crowd.

The Brazilian continued to track Henderson's darts from midfield. It involved a lot of selfless running but it was what was required of him. United only averaged 32 per cent possession and managed fewer than 300 passes, but when Fred did find the ball at his feet, he used it well. 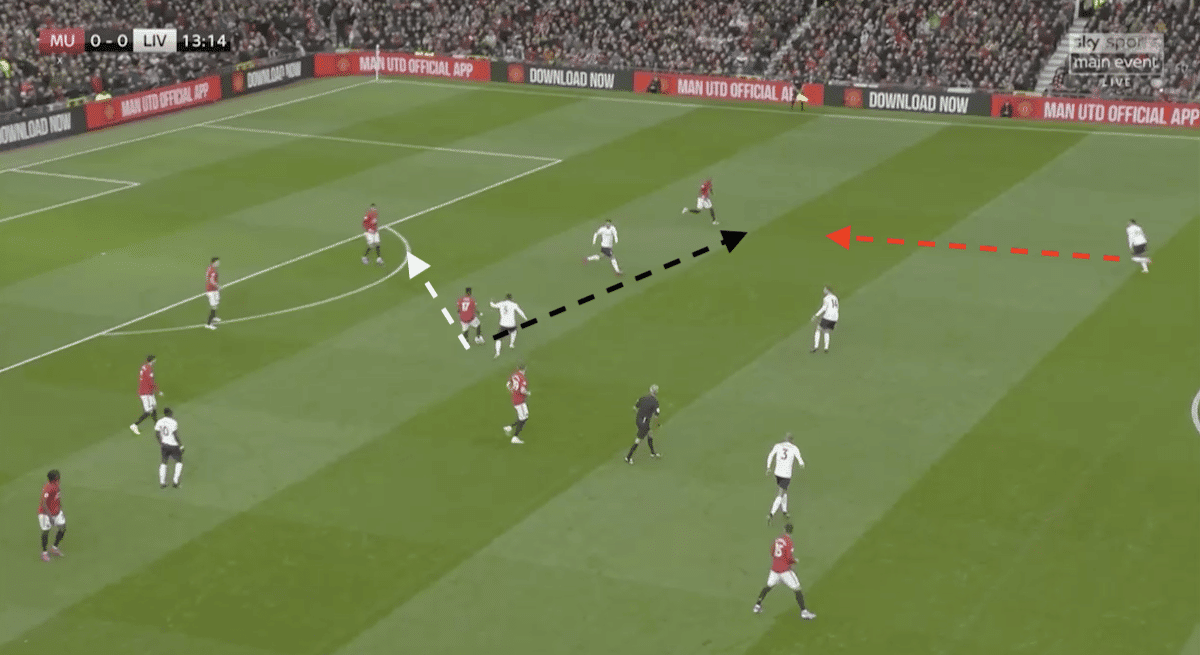 Liverpool fans have, rightly, been praising Naby Keïta for his involvement in the equaliser. The former RB Leipzig dynamo delayed his pass to free up Andrew Robertson on the left and this allowed the Scotland captain to fizz in a low cross in the space he had. In the screenshot above, Fred resists the temptation to play the ball to Ashley Young (shown by the black arrow) with it being deemed a high-risk pass.

Not only could a retreating Roberto Firmino intercept, but Trent Alexander-Arnold is also racing to shut Young down and he has cover from Henderson in close proximity. That pass could lead to a turnover of possession in a dangerous area. Instead, Fred delays, draws Wijnaldum closer to him and passes to Marcos Rojo. United are then able to play out from the back having avoided the initial press.

Just like the tracking of Henderson, it wasn't anything special, but it wasn't important on the day. If the Brazilian can use this performance as a platform to build on then United have an efficient and effective midfielder on their hands.

This performance could be what finally kickstarts Fred's Premier League career.