Top free betting tips and odds for Frankfurt vs Furth

Persistence with Oliver Glasner has started to pay dividends for Eintracht Frankfurt. The Eagles have an outside chance of finishing in the UEFA competitions qualifying slots and can make it a reality.

The turn of the calendar year saw Greuther Furth put up resistance. That proved to be a false dawn as the Cloverleaves have continued in their disappointing ways. Their arrival in Frankfurt could not have come at a better time. The Eagles are cutting down the lead for Europa League slots and will fancy their trip. The reverse fixture concluded in their favour on the road and will want to complete the double at home.

Round 28 brings these sides together and it will be a battle for honours apart from anything else. Furth has resigned to the fact they are going back to 2. Bundesliga. Frankfurt still has ambitions to realize and it will be interesting how this match plays out. The Eagles forced the issue in their last duel and more of the same is expected. With the Cloverleaves conceding 70 goals thus far, it should be an easy task for Adi Hutter's men.

Frankfurt vs Furth: Check out the best odds and the latest stats

Frankfurt vs Furth: Check out the team lineups

After struggling for the duration of the campaign, Oliver Glasner has finally turned around the Frankfurt ship. The Eagles are soaring and can realize their Europa League qualifying ambitions. They can ill afford to drop their guard now and have a tough task on their hands with eight matches remaining until the season.

Fred Höfler needs to be praised for keeping faith in Stefan Leitl this season. Greuther Furth has only been on a downward trajectory this season but the manager has kept his place. Relegation is all but a formality now and Leitl needs to start preparing for the coming season and their return back to top-flight football.

Questions About Frankfurt vs Furth 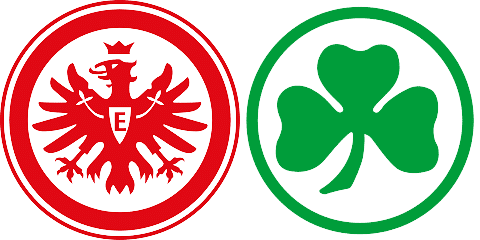 Who won the last h2h? 1-2 in favour of Eintracht Frankfurt.

Who is the player to watch out for? Rafael Borré (Frankfurt).