Top free betting tips and odds for Frankfurt vs Bochum

The two teams standing together in the standings face each other for their Bundesliga fixture on Sunday, 13 March. Both teams enter the field after securing their respective victories.

After terminating the series of three consecutive defeats, Eintracht Frankfurt are now with two wins in a row before this game. But Bochum has won only one game in the last four attempts. The Eagles are not having a great time in their recent home games, remaining winless in the last four attempts. But the same is true for the rivals in their away games. However, Slipper Kickers have won all of the last four hosting games against Die Unabsteigbaren. So we believe the host to make the home advantage once again and add three points to their position.

Based on the recent scoring stats, our next pick for this match would be a total of under 2.5 goals at the end. Frankfurt has scored six goals in the last two away meetings but didn’t get their form back yet in the home games. On the other hand, Bochum scored only two goals in the previous four away outings. Three of the last for H2Hs also witnessed low-scoring outputs.

Frankfurt vs Bochum: Check out the best odds and the latest stats

Questions About Frankfurt vs Bochum 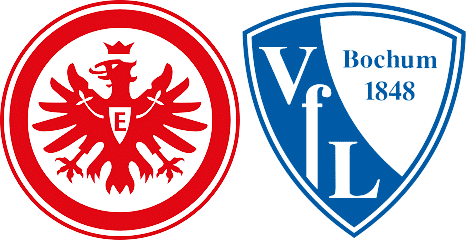 Where is the game being televised? BeIN Sport Connect and DAZN Deutsch.

Which team is the favourite to win? Eintracht Frankfurt.