Europa League has reached the quarter–finals and one of the more interesting pairs is the Frankfurt vs Barcelona duel. To learn more about this game, check our preview and some of our free betting predictions.

Our best betting tips and picks for Frankfurt vs Barcelona

If you are not sure what is the right bet for Frankfurt vs Barcelona, check our top betting tips for this game right here:

In our opinion, Barcelona will win the Europa League this year. Blaugrana has been in such a great form ever since Xavi took over as a manager and we don't see anyone stopping them.

With that in mind, we expect Barcelona to beat Frankfurt this evening. After all, Barcelona is on a streak without loss in the last fourteen games in La Liga. Frankfurt is in solid form right now as well, but Barcelona is simply a much better team.

Although Frankfurt went over 2.5 total goals in just one of their last five games in all competitions, we expect this game to have a lot of goals – at least three.

The top odds and useful stats for Frankfurt vs Barcelona

If you are looking for the best odds for Frankfurt vs Barcelona, you can check them all out right here on our website:

It's the quarter-finals of Europa League and we certainly expect to see a very interesting match between these two teams. So, here's a closer look at the teams ahead of their game:

Eintracht Frankfurt is currently ninth in Bundesliga and they are five points behind the team in the sixth place, the last one that leads to Europa League next season. The team has two wins, two losses, and two draws in the last six games, but two wins and two draws in the last four games in the league, so it seems like they are improving their form just at the right time. Also, Frankfurt reached the quarter-finals of Europa League, which is already a success for them.

In addition to this, the team is in good shape ahead of their duel against Barcelona since only Diant Ramaj and Christopher Lenz are on the team's injury list at the moment.

In the last fourteen games in La Liga, Barcelona has ten wins and four draws. In addition to this, Blaugrana also eliminated Napoli and Galatasaray from Europa League to get to the quarter-finals, so they are clearly in great form – perhaps the best in Europe at the moment. So, expectations for the rest of the season are high for the team.

Meanwhile, Barcelona will be without injured Sergi Roberto, Samuel Umtiti, Memphis Depay, and Sergino Dest, while Luuk de Jong is out with coronavirus. Also, Dani Alves is not eligible for Europa League and Ansu Fati is unlikely to make his comeback from his injury in this game, even though he is training with the team. 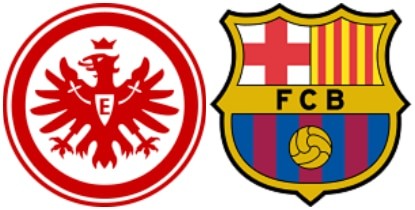