Eintracht Frankfurt's reign under Oliver Glasner started most horribly as the Eagles suffered a humiliating 5-2 defeat in their opening fixture. They host Markus Weinzierl's FC Augsburg, who faced a similar fate in a 0-4 defeat at hands of Hoffenheim.

Given the magnitude of losses faced by both Eintracht Frankfurt and FC Augsburg in their opening Bundesliga fixtures, it is difficult to gauge who had it worse. Both sides were bereft of ideas and need to give a better account of their abilities. With the Eagles managing to get on the scoreboard and winning the last three H2H encounters, we are backing them to claim the three points on offer.

Despite playing the fixture at WWK Arena, Augsburg's failure to land a shot on target will haunt them. Eintracht scored two in their 5-2 humiliation at the hands of Borussia Dortmund and should be able to do enough in this meeting. Both sides will be cautious after their calamitous starts and we expect a low scoring affair at the Deutsche Bank Park.

With 25,000 in attendance at the Signal Iduna Park, the only positive Frankfurt came out of their trip was that they troubled the scorers in either half. The same cannot be said about Augsburg, who had no answer to Hoffenheim's defence. They do not pose the same threat as Erling Haaland and co., a detail that will not be missed by Oliver Glasner. His Wolfsburg outfit made their name for being defensively astute and Glasner will ensure a glimpse of that is seen in this meeting.

Frankfurt vs Augsburg: Check out the best odds and the latest stats

Match Preview of Frankfurt vs Augsburg

Frankfurt to pile on Augsburg's misery

Marco Rose got the perfect start to his reign at the Signal Iduna Park at Eintracht Frankfurt's expense. The Eagles had no answer to the threat of Erling Haaland and succumbed to the pressure of Borussia Dortmund. Better performance is expected against SC Augsburg, a team against whom they have claimed three successive victories on the trot.

While Oliver Glasner plots Augsburg's downfall, Markus Weinzierl will surely be looking to get the better of a team against whom he has a better record historically. Augsburg has a net positive result against the Eagles, winning 7, losing six, and drawing five times.

Questions About Frankfurt vs Augsburg 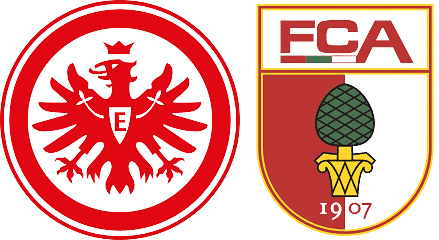 Where is the game being played? Red.

Which team is the favourite to win? Frankfurt.